'In Ancient Egypt, death was massively integrated into life'

DW asked Egyptologist Ludwig Morenz what we can expect to discover from the 30 ancient coffins recently found in Luxor — the first such find since the end of the 19th century.

For the first time since the end of the 19th century, a large number of well-preserved wooden coffins, estimated to be about 3,000 years old, were discovered in Luxor, Egypt. DW spoke with Ludwig Morenz, professor in Egyptology at the University of Bonn, to discuss the find.

DW: Professor Morenz, the Egyptian Ministry of Antiquities has presented 30 wooden coffins found in the Valley of the Kings near Luxor. News reports describe the find as a "spectacular" or "sensational." Do you agree with the description, or is it exaggerated?

Ludwig Morenz: What really seems spectacular to me is that these coffins are obviously — according to the pictures I've seen — in very good condition, with colors and inscriptions, and that they actually also contain mummies. That in itself is really very interesting. Another interesting aspect is that the coffins were found in locations where we didn't expect them at all — according to the reports they seem to have been buried in a hurry. 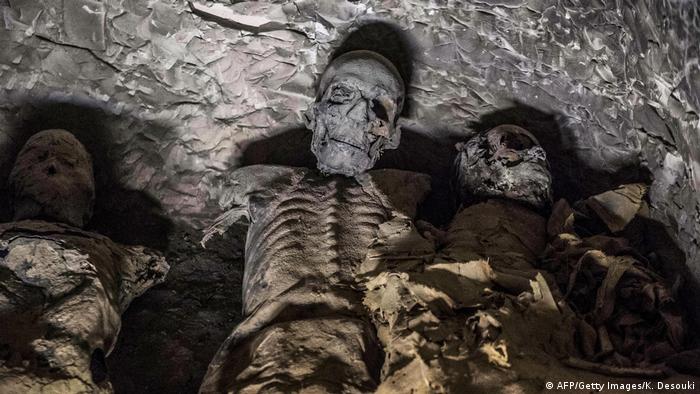 A group of mummies stacked together at the site of Tomb TT28, found in 2018

The Egyptian Minister of Antiquities says that the discovery is "of inestimable importance for Egypt's reputation." But what is its potential significance for science and for Egyptology?

We'll only find that out through future research. The decryption of the inscriptions is one aspect. We can also expect exciting results from the scientific analysis of the mummies. And a third potential field of new discoveries — one that hasn't been discussed much so far — can come through further exploration of the location of the find. There is the possibility that these objects were simply buried in the ground, practically without any additional archaeological traces remaining.

I hope that more information about this aspect will be revealed and that a historical scenario will be established. Among the unanswered questions, for example, is whether these coffins all originate from one period, or whether they come from a certain family or social strata.

Archaeological work in this necropolis in the Valley of the Kings involves opening coffins. Do you agree with some people's concerns about disturbing the peace of the dead?

The perspective we have in archaeology is that we are basically dealing with a past world and are therefore confronted with testimonies of death. But we ask ourselves: How should we specifically deal with the historical remains of the dead? And from my point of view, the answer is relatively clear: We should preserve human dignity.

My stand, and that of archaeology generally speaking, is that we can combine research of the past and the dead all while preserving their dignity — and even giving them new dignity. 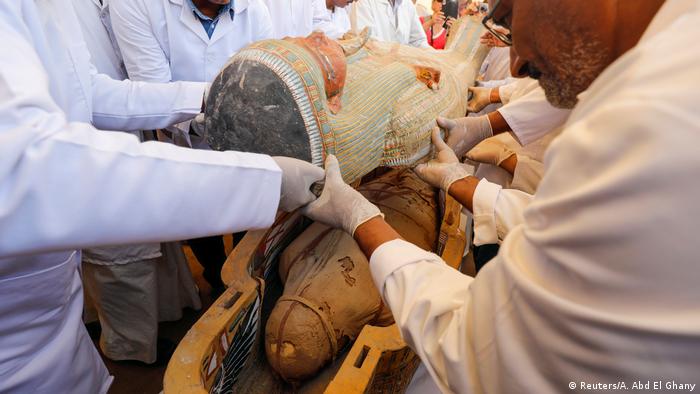 Does exhibiting mummies in museums raise concerns as to whether it serves — to put it in drastic terms — some kind of necrophilia?

Clearly. Their presentation in a museum, and dealing with the public, requires a great sensitivity for what can be shown and how it is shown, both in terms of the dignity of the dead and the impact on museum visitors. After all, both must be reconciled. And indeed, this is an aspect that I think is very interesting: Our society no longer has to concretely deal with death very often.

On the one hand, we have all these crime thrillers where people die like flies. On the other hand, we have reports of wars, railway accidents, plane crashes and so on. And yet in everyday life itself, we are actually rarely in contact with death. And that is a point that was very different in ancient Egyptian societies, for example. Death was massively integrated into life. This is one of the questions that can be concretely reflected upon through Egyptology of modern times.

At team of archaeologists are diligently working on restoring Tutankhamun's sarcophagus, putting their work-in-progress on display in Cairo. It's the first restoration of the coffin since it was discovered in 1922. (04.08.2019)

The Bronze Age astronomical clock will move to London temporarily as part of an exhibition highlighting recent archaeological discoveries. Researchers uncovered the disc's original purpose in 2006. (21.10.2019)

Egypt boasts biggest ancient mummy find in over a century

Mummies of ancient priests, priestesses, and children were discovered in Egypt's city of Luxor, with 3,000-year-old coffins still showing original paint and inscriptions. The find will soon be accessible to tourists. (19.10.2019)

The Spinosaurus — or spine lizard — was larger than the infamous Tyrannosaurus rex. Few fossils of the mighty predatory remain, so this is a exciting find.

Spectacular finds in the ancient Egyptian necropolis of Saqqara 01.06.2022

Archaeologists have discovered 250 sarcophagi and 150 bronze statues during excavations in the necropolis on the western bank of the Nile.

A cache of hundreds of ancient Egyptian coffins and bronze statuettes have gone on display in Egypt. The discoveries were made in the Saqqara archaeological site south of Cairo.