Illegitimate newborns murdered and discarded | Asia | An in-depth look at news from across the continent | DW | 22.04.2014

In Pakistan, abortion is illegal, and so is adultery - creating a situation where hundreds of children born out of wedlock are secretly killed each year. Their bodies are, literally, thrown out with the garbage. 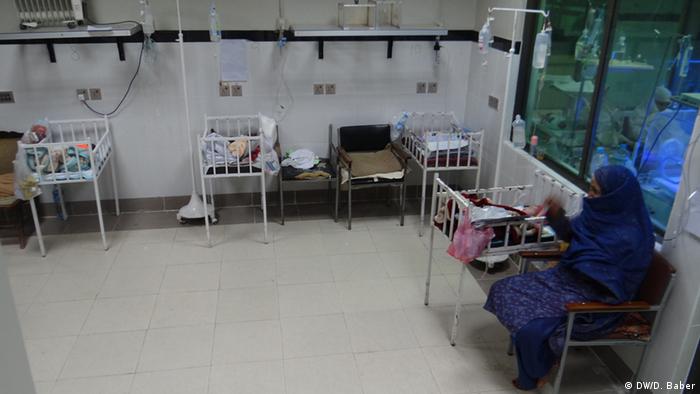 A child has just been born and nobody looks happy - not even his parents. His tiny body is still smeared in blood. The newborn cries incessantly, and so does the teenage mother. The baby weighs only 3,500 grams and is around the size of the palm of a large hand. And that's when the mother's trembling hands reach the child's frail neck. She closes her eyes and presses her thumb against the child's throat. She strangles him. A child who arrived in the "civilized world" some 45 minutes ago, must now leave it. The nurse puts the child's corpse in a plastic bag and takes it out of the clinic.

Razia Zulfikar, a nurse working at a maternity home in the central Pakistani city of Gujranwala, says hundreds of illegitimate newborn babies are killed in the Islamic republic every day.

"An eight-month pregnant girl came to us just a few days ago. We didn't want to admit her to our hospital. After repeated requests from her family, we finally agreed to treat her. But we told the family explicitly that we would not kill the child," Zulfikar told DW. "We gave the baby to the girl's family. Only she and her family know what they did to the newborn, and how they killed him," she added. 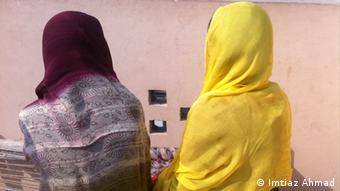 Domestic violence is rampant in Pakistan

Pakistan is a majority-Muslim nation with a population of over 180 million people. Pre-marital relations are strictly prohibited in the conservative country and are also frowned upon by society. There is probably no bigger taboo than having a child out of wedlock. According to Islamic laws, it is a punishable crime and the people committing fornication could be sentenced to death. At times, the relatives of the couple take the law in their hands and kill the adulterers. Most of the times, only the mother and the child are murdered.

However, despite social taboos and harsh laws, many Pakistani men and women continue to engage in extramarital relationships and have sex before marriage.

"We live in a modern world. Our girls and boys keep cellular phones and watch Western movies. They are rebellious and do whatever they like. The family only gets to know about an affair when the girl gets pregnant," Zulfikar said.

According to the Edhi Foundation, a Pakistani welfare organization, more than 1,100 newborns were murdered and dumped in garbage bins last year. The organization says it collected the figures only from the country's big cities, and the number could be much higher nationwide.

"A six-day-old child was burnt to death. We also found the corpses of babies who had been hanged, or who had been partly eaten by animals," Anwar Kazmi, a manager at the Edhi Foundation, told DW.

"I can never forget one incident. A woman left a child in front of a mosque hoping that somebody would adopt him. But the cleric of the mosque ordered the people to stone the child to death. I saw the mutilated and torn body of the child myself," he recalled.

The Edhi Foundation runs a unique project called "Jhoola," which means "cradle" in Urdu. The organization encourages people to leave unwanted children in its cradles instead of murdering them. It does not ask for people's identities. One can put the baby in these cradles in the dark of the night.

"I would like people who do not want their children to bring them to us and to not kill them. We have more than three hundred centers with cradles across the country. They don't need to be afraid of anything." 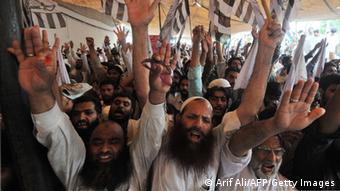 Men and religion control much of the society

But people are scared and feel intimidated by both society and state authorities.

Though abortions are illegal in Pakistan - for the most part - many attribute the growing number of infant deaths to abortions, which are only permitted if the mother's life is in danger - and that woman must be a married one. Under no circumstances can a fetus be aborted if a woman is unmarried.

On the other hand, murdering an infant is a crime, but it seems to be the lesser evil.