Illegal abortion in Tanzania: 'the scariest moment of my life'

Abortion is illegal in Tanzania and is punishable by up to 14 years imprisonment. But hospital data suggests that hundreds of women still undergo abortions in secret. One woman told DW her story. 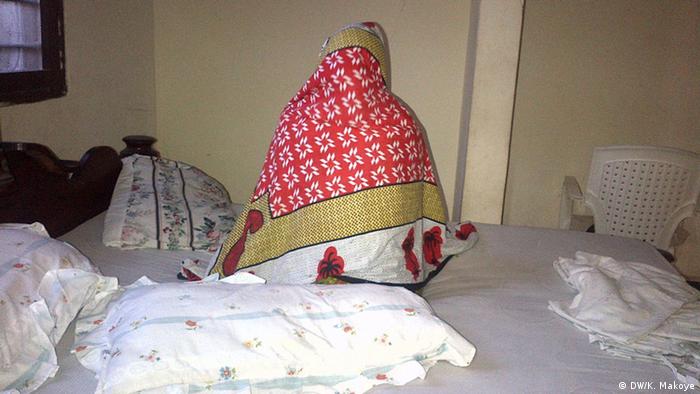 At the age of 19, Feidha (not her real name) realized that she was pregnant. Horrified of being found out through the mandatory pregnancy tests at her school and consequently being expelled, she terminated her pregnancy.

With the help of a friend, she secretly visited an illegal clinic that offers abortion services in Kinondoni District, Dar es Salaam. "It was the scariest moment of my life … but I had no other choice'' she told DW.

According to Tanzanian laws a medical abortion is only permissible to save the life of the mother. Just last week, the country's new prime minister, Kassim Majaliwa, told local authorities to investigate doctors who were carrying out illegal abortions. He said they should be suspended and prosecuted. 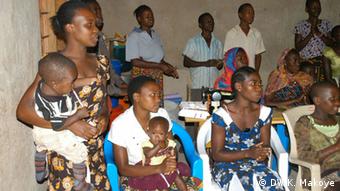 Many girls drop out of school due to unplanned pregnancies.

'It was a quick and painful procedure'

As the legal option is practically impossible, many women try to abort the pregnancies themselves or turn to unskilled practitioners. Methods can include the use of herbs, high doses of anti-malarial drugs, washing detergent, ash, cassava stems or contraceptive pills. In some cases the women experience severe bleeding, infection, complications during a later pregnancy or even death.

Feidha, who is now 24, remembers how she and her friend arrived at the shabby clinic in the impoverished city neighborhood. She was rushed to a dingy room, draped with olive green curtains. There she met a man ,dressed in a long white coat, similar to those worn by doctors, with a stethoscope hanging over his shoulders.

"I told him I wanted to have an abortion because I did not want to be expelled from school and that I count on him to help me," she said. After a brief discussion, the 'doctor' told her that the procedure was illegal but that he could do the job for 25,000 Tanzanian shillings ($12).

The 'doctor' was assisted by a female 'nurse' and asked Feidha to undress and lie on a bed in the middle of the room. "He gave me a pill to swallow. Then he put a thick gel in my vagina and inserted a metal object fitted with a gauze while methodically scraping from the inside," she said.

Feidha described it as a quick but painful procedure. She was then asked to wear a sanitary pad to absorb the bleeding and was given antibiotics. A few days later her condition improved and at home nobody noticed anything. She continued her education.

"If my father had known I was pregnant, he would probably have torn me to pieces. But I was glad it went very well," Feidha said.

Juliet Damian, another woman wasn't so lucky. She said that she nearly died from severe bleeding after she underwent her abortion. "I don't want my fellow women to experience the pain I was going through," she told DW. 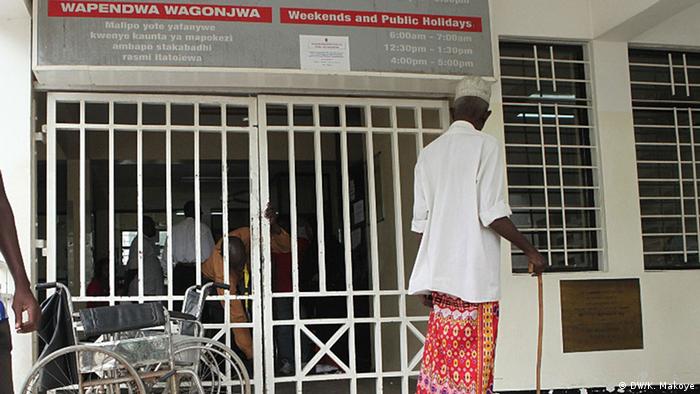 Two-thirds of the women admitted to hospitals with a miscarriage are believed to have had an abortion.

There are no exact figures on illegal abortions in Tanzania but studies suggest that almost 60 percent of the women admitted to public hospitals with a suspected miscarriage, have in fact undergone an abortion. The actual number of women who have unsafe abortions may be higher, given that not all women seek medical care.

While the government is trying to put an end to illegal abortions there are no clear methods on investigating and prosecuting those who perform them. "I think the government can improve this law to ensure that women desist from using abortion as a method of child-spacing'' said Aseri Mchomvu, a senior gynecologist at Mikocheni Mission hospital in Dar es Salaam.

A report by the US-based Center for Reproductive Rights indicates that Tanzania's law and policies on abortion remain unclear and are often inconsistent. The country actually ratified the African Charter on Human and People's Rights protocol on the Rights of Women in Africa in 2007. It allows medical abortions in cases of "sexual assault, rape, incest, and where the continued pregnancy endangers the mental and physical health of the mother or the life of the foetus." But Tanzania has not yet adopted these provisions into its laws.

Pro-abortion advocates are however urging the government to legalize the practice. "If a woman you refuse to help tries to terminate the pregnancy herself and dies, who do you think is to blame for her death," one practitioner who wished to remain anonymous said. A 2012 study by Tanzania's largest medical school, Muhimbili University of Health and Allied Sciences in Dar es Salaam, actually found that one third of the women aged 15 to 24 who had an abortion, said it was conducted by a non-professional practitioner.

According to the World Health Organization (WHO), an estimated 22 million unsafe abortions take place worldwide each year.

While maternal healthcare in Tanzania is free, transport costs remain a huge challenge. One program is now using a mobile money service known as M-Pesa to bring women in need of fistula surgery to the hospital. (09.06.2014)

In Tanzania almost half of women under 50 say they have been physically or sexually assaulted at some point in their lives. In response, police are expanding their "gender desk" program. (03.12.2013)