A new drive to end child marriage is underway in Tanzania. In a country where almost two out of five girls will be married before their 18th birthday, the "Child Marriage-Free Zone" campaign faces an uphill struggle. 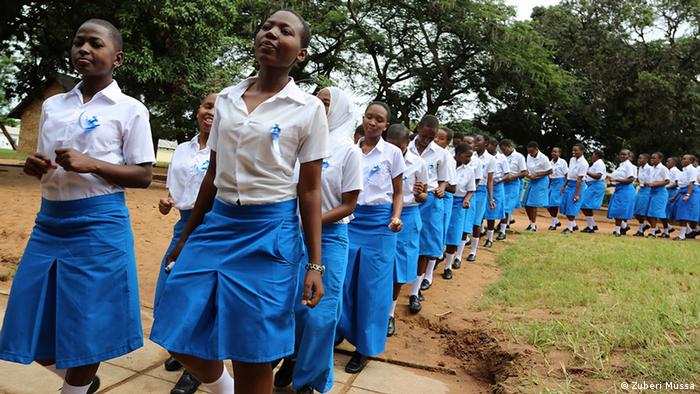 At the age of 16, Mahija Mwita was forced into marriage to a man 12 years older than her, so that her parents could get a bride price to help them solve the family's problems.

Mwita, who lives in the village of Ikoma, in the Mara region, was secretly pulled from school nine years ago to start a new life with a man her father had chosen. "I was not surprised, because in our village most girls are married off like that," she said. "If the father decides, there's no way you can go against his wishes."

The 24-year-old woman, who has two children, recalled a harrowing ordeal she went through during the delivery of her first child in 2006, when she experienced complications. "I was bleeding terribly immediately after delivery, but instead of rushing me to hospital, the midwife made me drink some herbs, which made it even worse," she said. Eventually Mwita was taken to a district hospital about 12 kilometers (7.5 miles) from the village. She was treated and survived a life-threatening condition.

Mwita's story mirrors the plight of hundreds of girls in Tanzania who are forced into early adulthood. Child marriages jeopardize the girls' health and most often cut short their education.

Now a national campaign has been launched to address the problem. The "Child Marriage-Free Zone" campaign supports efforts to end child marriage, including advocacy for the review of discriminatory laws and prevention efforts undertaken in the health, education and legal sectors. 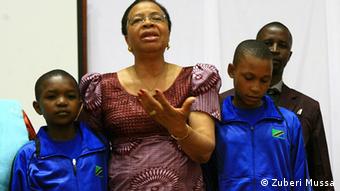 The campaign was initiated by the Ministry of Community Development, Gender and Children in collaboration with the United Nations Population Fund Tanzania, the Graca Machel Trust, the Children's Dignity Forum, the Tanzania Media Women Association and others.

Machel, who is the widow of South Africa's anti-apartheid icon Nelson Mandela, pointed out that traditions are not God-given: They are developed by humans and can be changed. "We can change them because they are harmful to us and they make us small. We have to change the thinking that there's less value in the girl child," she said.

The founder of the Graca Machel Trust thinks the new constitution must clearly state the legal age for getting married. "We cannot continue with practices that harm children, because it's against any human value that we stand for," Machel stressed.

Tanzania has one of the highest child marriage rates in the world. According to the United Nations, almost two out of five girls will be married before their 18th birthday. 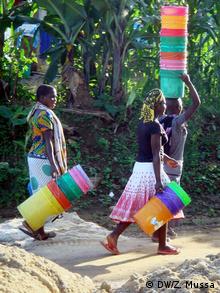 Longer schooling and later marriage makes for a healthier and wealthier family, the United Nations says

A 2008 survey on child marriage carried out by the non-governmental children's rights organization Children's Dignity Forum found that child marriage was driven by various factors, including parents' desire to get a dowry, especially when they are poor, and a lack of knowledge about the impact of such marriages.

'Laws must be changed'

Although Tanzania is a signatory to various international treaties, women's rights activists say the present laws have failed to protect women against abuse.

In an Interview with DW, Wiltrudius Lwabutaza, a human rights lawyer with L&G Law Chambers in Dar es Salaam, said the Law of Marriage Act of 1971 has many weaknesses that deny women basic rights, pushing them to the edge of survival. "Since most girls are married at a young age, their freedom to make informed decisions in life is compromised, since the law gives a parent power to decide on their behalf," she said.

The lawyer noted that the 1971 Marriage Act sets the minimum age for marriage at 15 for girls. Under section 13(2), it even states that a court of law or parents may give permission for a girl as young as 14 years old to get married. 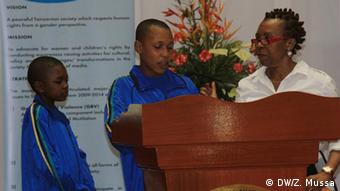 "This law contradicts [the] Sexual Offences Special Provision Act of 1998, which defines rape as non-consensual sex with a girl who is under 18 years," she pointed out.

Women's rights groups said there is a strong correlation between child marriage on the one hand and school dropout rates, early pregnancy and HIV/AIDS on the other.

Valerie Msoka, an activist with the Tanzania Media Women Association called for the government to enact a law which would criminalize parents who marry off their underage girls, while setting a minimum age for marriage at 21. "At that age, the girl should have enough education to make appropriate decisions in life," she said.

Although women's rights in Afghanistan have improved since the US-led invasion in 2001, the recent surge in violence has led many to fear that these gains may be forfeited once foreign troops have left the country. (25.03.2014)

Global Shapers give new boost to community work in Kano

The city of Kano in northern Nigeria is widely regarded as backward and underdeveloped. A group of young people are actively working to change this, despite terror attacks by Boko Haram and political violence. (29.08.2014)