'Global Shapers' give new boost to community work in Kano

The city of Kano in northern Nigeria is widely regarded as backward and underdeveloped. A group of young people are actively working to change this, despite terror attacks by Boko Haram and political violence. 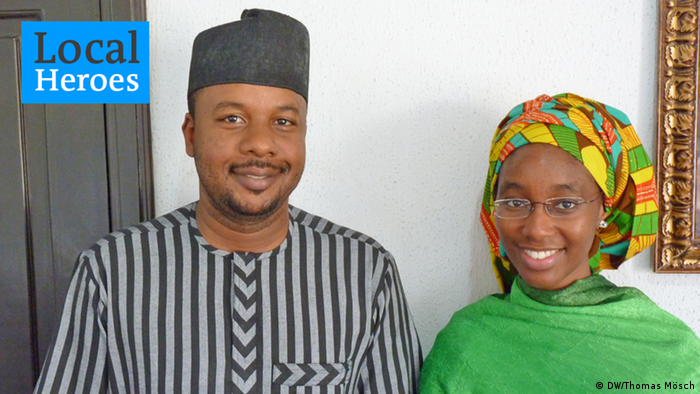 Women with children on their laps sit and wait in a hospital corridor. Some of the children cry, others just stare straight ahead. Men and women in white coats rush to and fro between offices and laboratories. It is a normal day in the pediatric department of the Murtala Mohammed Hospital in Kano in northern Nigeria. In one of the laboratories department head Binta Jibir opens a large refrigerator. It should be full of stored blood – but most of the compartments are empty or contain medicines. "Our blood banks are often almost empty," Jibir says. "Many patients suffer from sickle cell anemia and they come in suffering from severe anaemia." 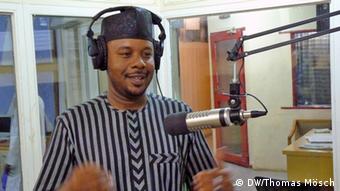 Next door, a young woman wearing rubber gloves removes a test tube full of blood from a centrifuge. Zainab Mahmoud does not actually work here but is familiar with the equipment.The 25-year-old is a doctor who has just returned to her home city from a training course in Great Britain. A few months earlier, together with other young men and women, she organized a blood donation campaign. "People here normally only give blood if a member of the family is in need," she says. She is convinced that if more people donated blood, the high mortality rate among mothers and children could be reduced. Using Facebook and local media she and the other members of the group appealed for donors. On the appointed day 47 donors came to the clinic – and the pedriatic department's blood bank was full for the first time in ages.

The idea for the appeal for blood donors came from the "Global Shapers" in Kano. Zainab Mahmoud is one of the group's 24 members. Global Shapers is an initiative set up by the World Economic Forum (WEF). Its members are aged between 20 and 30 and are committed to serving local communities. Worldwide there are more than 350 local groups with over 4,000 members. Anyone wanting to join has to contact the central office in Geneva and provide evidence of exceptional professional and social achievements as well as show a willingness to play an active role in his or her local environment. 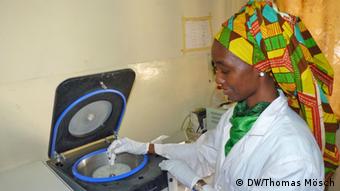 Zainab Mahmoud persuaded her father to let her study abroad

In Nigeria there are two more groups in addition to the one in Kano; in the capital Abuja and in the business center Lagos. The Kano group was set up by journalist Salihu Tanko Yakasai. Aged 35 he is really too old to be a Global Shaper as the age limit is set at 30. But there are sometimes exceptions for group founders. An acquaintance who works as an adviser to the WEF put his name forward in Geneva, Yakasai told DW. He had previously helped organize the Occupy Nigeria protests in Kano and had "been into community development projects for over ten years as well as being involved with many local NGOs. So I kind of have experience in doing these things."

A model for youth

The Kano group has been active since 2013. In addition to the blood donor appeal the group has also been working to bring clean drinking water to surrounding villages. The Global Shapers also visited a school to tell pupils about their activities and provide inspiration for future career plans. Zainab Mahmoud spoke about her career as a doctor and the many obstacles she had had to overcome. The study course she chose to follow could only be completed abroad. "My father is a lawyer, my mother is a judge. But my father did not want to let me study abroad," she said. In Kano the main religion is a very conservative form of Islam. There is little sympathy among family and friends for a father sending his unmarried daughter abroad on her own. "I pushed and pushed," Mahmoud said. " I said, if my brothers can go outside the country, why can't I as a lady go out? With much reluctance he let me go."

Today, Mahmoud is convinced that her father is proud of her achievements. 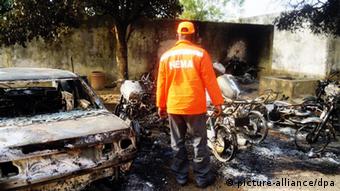 One of the newest Global Shapers‘ projects in Kano is a weekly radio program aired by a private station. The group wants to prepare the public for upcoming elections and increase awareness of topics such as possible election violence and the rights of voters. In February 2015 Nigerians will vote for a new parliament and president. In Kano they will also elect a new state governor.

'If we don't do something, who will?'

How do the Global Shapers in Kano summon up their courage at a time when the city is frequently associated with terror and political violence? Founder Salihu Yakasai wants to provide a contrast to all the bad news around. "Yes, we have insecurity, we have so many security challenges. But it's not that bad. There are so many other things going on that I feel people need to know," he said.

Zainab Mahmoud recounts how she returned to Kano from her studies in January 2012. On the very day she flew back, terror group Boko Haram killed almost 200 people in bombings and attacks on police stations. " I was on the way to the airport when I was reading those headlines on my social media. In fact I turned off my phone because I didn't want anybody to tell me not to come back," Mahmoud said. "Because, as much as this happened, it is still home to us. If we don't get together and help our communities grow, nobody will."

At least six people have died in an attack by a teenage female suicide bomber at a college in the northern Nigerian city of Kano. Police had earlier arrested three would-be bombers, one of them a 10-year-old girl. (30.07.2014)

A series of blasts aimed at bus passengers has killed at least 20 people in Kano, northern Nigeria. No group has claimed responsibility, but the focus can be expected to fall on the Islamist extremist group Boko Haram. (18.03.2013)

In another spasm of violence, three foreign doctors have been killed in northeastern Nigeria. The deadly attack comes just days after nine women nurses administering polio vaccines were murdered by suspected Islamists. (11.02.2013)