A series of blasts aimed at bus passengers has killed at least 20 people in Kano, northern Nigeria. No group has claimed responsibility, but the focus can be expected to fall on the Islamist extremist group Boko Haram. 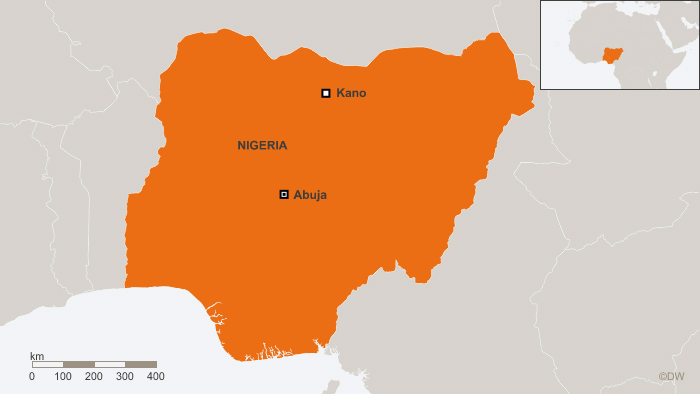 The explosions occurred on Monday at a bus park in the Sabon Gari area of Nigeria's second city, Kano. The blasts are believed to have destroyed a number of buses, and witnesses say soldiers have cordoned off the area after bloodied bystanders fled the scene.

"I saw three buses on fire. One of them was fully loaded with passengers waiting to leave the station at the time of the blasts. At the moment, there are 20 dead," said one rescue official, speaking on condition of anonymity to the news agency AFP.

"I ran for my dear life and managed to get out of the park after the second blast. Many people are lying dead," witness Ibrahim Bello told Reuters, adding that his own clothes were covered in blood.

There was no immediate claim of responsibility, but the Islamist sect Boko Haram has repeatedly targeted Kano in recent years and is blamed for the deaths of hundreds in the region since 2009.

Many believe Boko Haram's aim is to spark sectarian violence, as their attacks often target the area between the mostly Muslim north and predominantly Christian south.