Nearly 2,000 experts from over 100 countries will be meeting at the World Conference Center Bonn from June 19-21 for the Global Media Forum (GMF), coordinated by Germany’s international broadcaster Deutsche Welle. 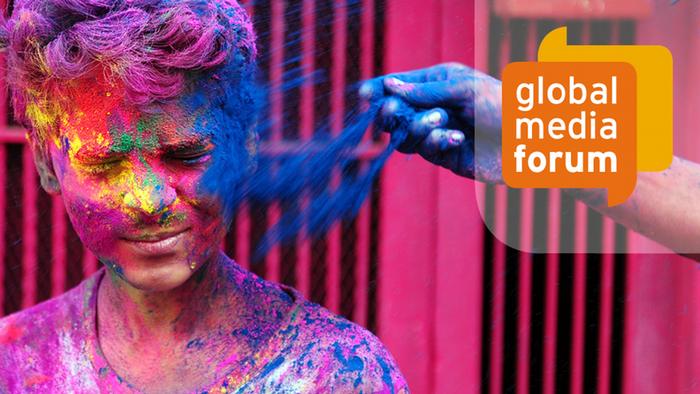 They will discuss the state of international politics and media development, human rights and sustainability as well as innovative journalism. Under the banner of “Identity and Diversity,” the 10th annual GMF brings media professionals together with players from the political, culture, business, development aid and research arenas. The majority of participants will be traveling from countries in which freedom of speech and press freedom are limited, sometimes to a large extent and including harassment against those who attempt to uphold those fundamental rights.

In plenary sessions and in workshops issues will be debated openly and controversially, yet conference participants will attempt to uncover solutions for the pressing questions global challenges present. Populism and ostracism in the “post-truth era” are on the agenda, as are the increasing dangers our democratic system of values is facing. Journalism is going through a time of great change due to developments in technology and an increasing civic interest in participation via social media.

German and international organizations and think tanks – such as the Robert Bosch Foundation, the Mercator Foundation, the Right Livelyhood Foundation and the European Endowment for Democracy initiative – will be presenting solutions-oriented projects addressing political aspects in society.

For the third time, Deutsche Welle will be handing out its “Freedom of Speech Award” on June 19. This year DW will be honoring the White House Correspondents' Association (WHCA). Last year's laureate Sedat Ergin, former editor-in-chief of the Turkish newspaper Hürriyet, will attend the ceremony, while the recipient of the first Freedom of Speech Award, blogger Raif Badawi, remains imprisoned in Saudi Arabia.

On the second day of the conference, the successful DW talk shows presented by Jaafar Abdul Karim in Arabic and Yoani Sánchez in Spanish will be recorded in front of a live audience.

The well-received documentary “Afro.Deutschland” about the experiences of black people living in Germany and “Ai Weiwei Drifting,” a portrait of the Chinese dissident artist and activist, will be screened for conference participants.
The cultural program of the GMF is set to include, among others, soul singer Joy Denalane, African satirists “Zambezi News” as well as Norwegian sound artist Maia Urstad and young Ukrainian musicians.

What is the role of the media when a major crisis hits, or in a world of growing censorship and disinformation? How does media deal with not being trusted? Deutsche Welle's ninth Global Media Forum takes a closer look. (13.06.2016)

Peter Limbourg: 'Europe needs to live up to its own values'

DW's annual media conference has come to a close after three days of lively debate and high-profile speakers. International crises and the interplay between media and technology dominated the forum. (15.06.2016)

Partners of the GMF