The Golden Globes have named an Asian woman as best director for the first time ever. Read on for some more positive stories that you may have missed this week. 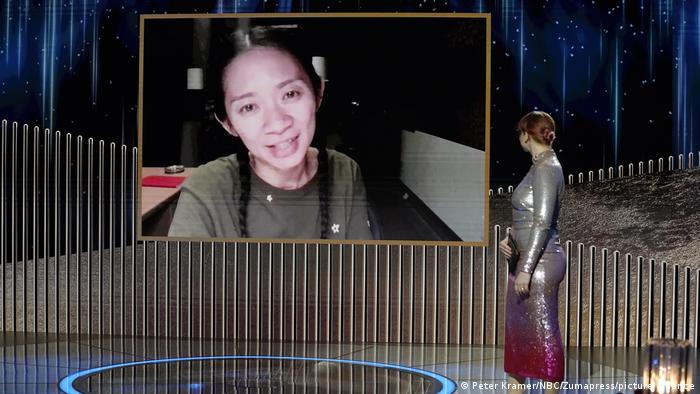 Chloe Zhao has made history by becoming the first woman of Asian descent to win the Golden Globe for best director for her 2020 film Nomadland— which also won best picture.

The 38-year-old director was born in China, but went to school in the UK and now lives in Los Angeles.

Her film Nomadland was also the most highly rated movies of 2020, according to review aggregation site Metacritic.

She has been signed on to direct one of the upcoming Marvel Studio films, slated for release in November of this year.

Nguyen Ngoc Manh, a delivery man in Hanoi Vietnam, saved the life of a 2-year-old girl who fell from a 12th floor balcony.

Heartstopping video shows the small child climbing over the railings of the balcony, some 50 meters (164 feet) above the ground. Manh acted quickly, leaving his vehicle and climbing up onto the first level of building to position himself ready to catch the girl.

The child landed in his lap and suffered only a dislocated hip, while Manh himself sprained his arm. The toddler was taken to a nearby children's hospital for treatment.

Video of the fall and the story of the heroic catch went viral. Even Vietnamese Prime Minister Nguyen Xuan Phuc honored the hero, saying he had been deeply moved by his actions.

Taronga Zoo announced plans to build the world's first dedicated platypus sanctuary in Australia. The decision was prompted by the increasing threat posed by climate disasters.

Conservationists hope to have the refuge ready by 2022 and will be able to look after 65 platypuses at a time. They will also use the facility to study the reproductive biology of the unusual animal.

Despite being mammals, platypuses lay eggs, have bills and can also poison enemies with a spur on its foot. As such, the threatened species is an important subject of study for evolutionary biology.

The refuge was deemed a necessary measure after the country suffered a severe drought followed by the "Black Summer"  of 2019-2020, when bushfires destroyed much of the platypuses' natural habitat.

"We will hold them for as long as conditions mean that we have to... we can hold for years if we have to [but] that's not what we want to have to do," wildlife conservation officer Phoebe Meagher said.

New tool in the battle against malaria shows success

A new device invented by Dutch researchers and trialed in the Ivory Coast has proven to be effective in reducing malaria infections by some 40% in children aged between six months and 10 years.

The EaveTubes function as a lure-and-kill device focusing on the mosquitoes that carry the disease.

The small tubes are installed in small holes under the roofs of houses and attract mosquitoes with the scent of the house's inhabitants. Instead of biting humans, however, the insects are blocked by a screen and killed by insecticide on the inside of the tube.

The device showed promise when used in combination with window screens and insecticide-coated bed nets. It also has the advantage of killing the mosquito so that it can also no longer pose a danger to others.

Malaria is one of the world's deadliest diseases, killing over 400,000 people each year, mostly children in sub-Saharan Africa.

Canada: Most espionage since Cold War amid pandemic 5h ago