Germany are heading home from the ice hockey worlds in Denmark in eleventh place after a disappointing tournament. There was to be no repeat of Pyeongchang's Olympic heroics for coach Marco Sturm's team. 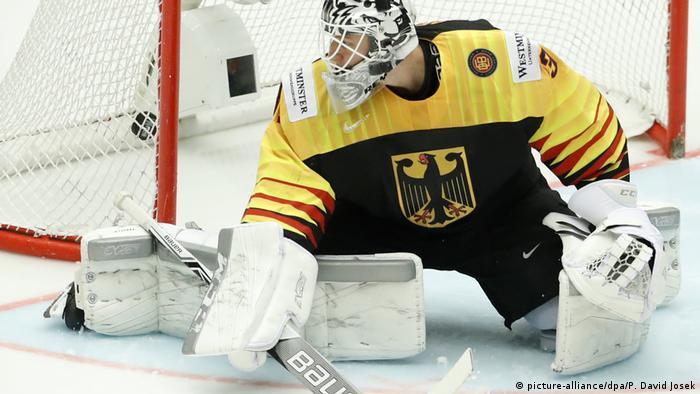 The 2018 ice hockey worlds in Denmark are over for Germany after a respectable performance wasn't able to avert a 3-0 defeat to favorites Canada.

The defeat, in which Canada scored one goal in each period, saw Germany finish eleventh – their worst worlds ranking since 2014, and less than 12 months after sensationally winning Olympic silver in Pyeongchang.

Marco Sturm's team, who were already out of the tournament despite an historic victory of Finland, fell behind after just 20 seconds in Herning when Brayden Schenn caught them cold. But despite pushing for an equalizer, Ryan Nugent-Hopkins and Tyson Jost added to the score for the Canadians.

Having finished third in group B, Canada will now face the second-placed team from group A in the quarterfinal, either Sweden or Russia.

A 1972 series between Canada and the Soviet Union is remembered as having changed hockey forever. Revered internationally but reviled in Canada, referee Josef Kompalla speaks with DW about the deciding game 8.

Canada's women defeated Team USA in the ice hockey final, while Sweden's Sandra Naeslund took gold in the ski cross. There was a Swiss one-two in the Alpine combined and Miho Takagi won speed skating gold for Japan.