ICC approves probe into violence against Rohingya in Myanmar

The war crimes court said violence committed against Myanmar's Muslim minority could qualify as "crimes against humanity." Over 700,000 Rohingya fled to Bangladesh in 2017 to escape a brutal military crackdown. 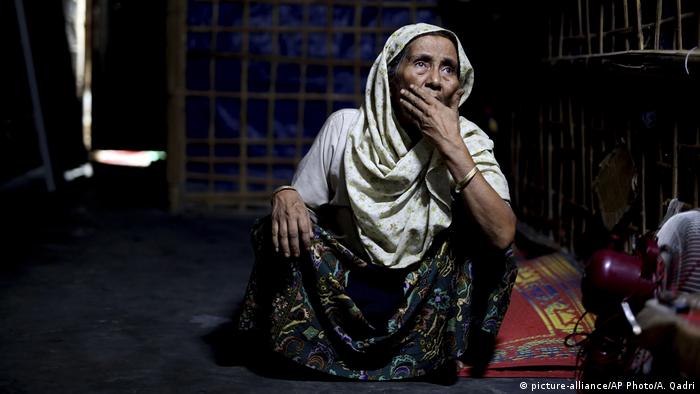 Judges on the international Criminal Court (ICC) authorized prosecutors on Thursday to investigate crimes committed against the Rohingya in Myanmar.

The Hague-based war crimes court said there were grounds to believe "widespread and/or systematic acts of violence" had been carried out against the Muslim minority.

They added that those acts "could qualify as the crimes against humanity of deportation across the Myanmar-Bangladesh border" as well as persecution on grounds of ethnicity and/or religion.

Chief ICC prosecutor Fatou Bensouda was also granted authority to investigate crimes beyond the scope of her request, as well as any potential future crimes committed against the Rohingya by Myanmar's military, which still effectively controls the country despite recent reforms.

Although Myanmar is not a member of the ICC, the court said it has jurisdiction over crimes partially committed in neighboring Bangladesh — which is a member of the global court.

In August 2017, Myanmar's military launched a counterinsurgency campaign against the Rohingya in response to an insurgent attack.

The resulting military crackdown forced more than 700,000 Rohingya to flee into neighboring Bangladesh.

Myanmar's military has been accused of carrying out a campaign that amounted to ethnic cleansing, with forces accused of murder, mass rape and torching homes.

The decision has increased pressure on Myanmar, which has been accused of widespread abuses against the Rohingya.

The Southeast Asian nation is also facing a separate lawsuit at the International Court of Justice (ICJ), the UN's top court, over accusations of genocide against the Muslim minority.

Why does Asia have millions of stateless people?

Millions of people in Asia are not citizens of any country, and they live without legal rights or protection. Although modern conflicts shape the problem, statelessness is rooted in Asia's colonial past. (26.09.2019)