Brazil's president has arrived for a four-day visit to Israel during which he is expected to sign "many agreements." The far-right leader's trip comes just ahead of Israel's closely contested elections. 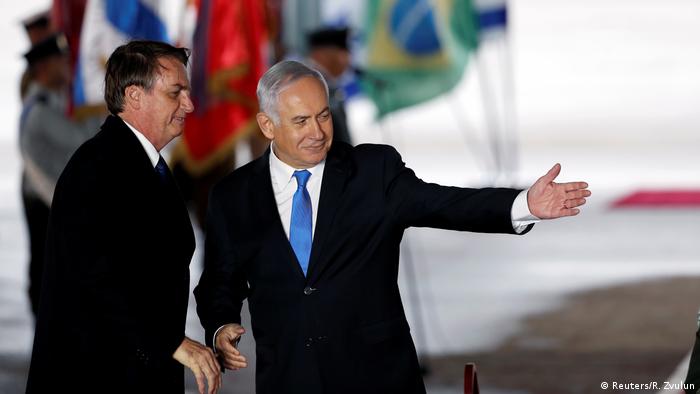 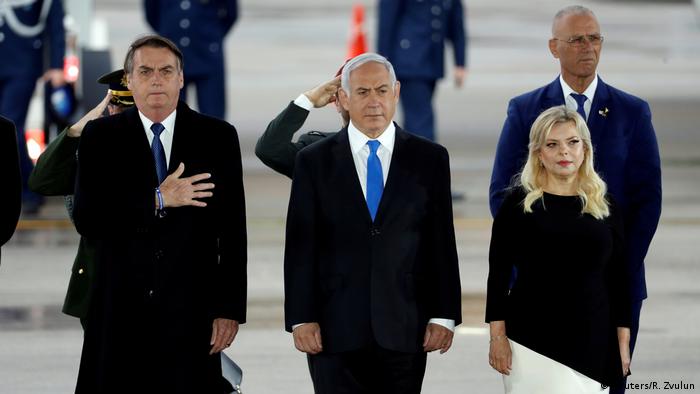 "I love Israel," Bolsonaro said in Hebrew at a welcoming ceremony, with Netanyahu at his side, at Tel Aviv's Ben-Gurion airport.

Netanyahu's two chief opponents have joined forces ahead of the country's April 9 election in a bid to overcome the prime minister's right-wing Likud party and its allies.

Centrist Benny Gantz, a former military chief, and Yair Lapid, are running on a joint ticket. Netanyahu is also under threat of indictment on corruption allegations.

Although Bolsonaro seeks to shore up ties with Israel, he cannot afford to anger key Arab trade partners.

Months after promising to move the Brazilian embassy to Jerusalem, Bolsonaro has yet to announce a timetable.

Speaking to reporters on Thursday, Bolsonaro suggested he was not in a hurry to make a decision.

"Trump took nine months to decide, to give his final word, so that the embassy was transferred," Bolsonaro said. "Perhaps now we will open a commercial office in Jerusalem."