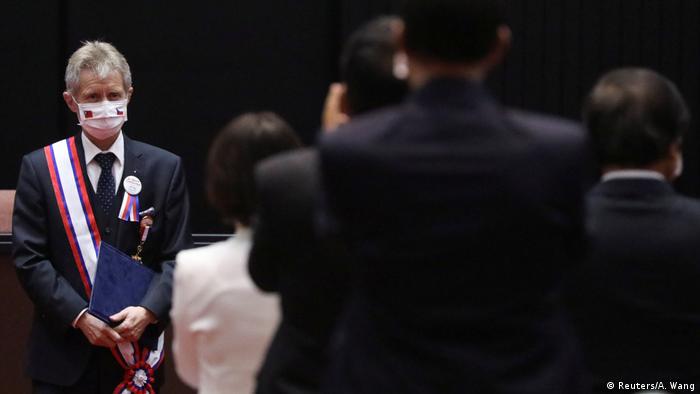 "I am Taiwanese," said Czech Senate leader Milos Vystrcil during a speech to Taiwan's lawmakers in  Taipei on Tuesday, a move that drew swift ire from Beijing.

The phrase used by Vystrcil evokes a famous speech by US President John F Kennedy during a Cold War trip to West Berlin in 1963.

Beijing had already condemned the trip on Monday.

Taiwan has had an independent government since 1949, but China views it as its own territory. China reacts strongly to attempts by foreign governments to recognize or conduct official exchanges with Taipei. 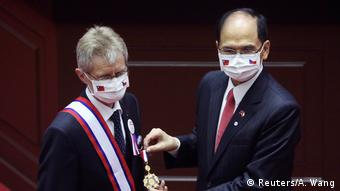 Vystrcil said Kennedy "used the phrase 'Ich bin ein Berliner' to show his support for the people of Berlin and the highest values of freedom."

"Maybe I can be more humble but allow me to use the same determined phrase to conclude my speech in your country's parliament, in Taiwan — I am Taiwanese," concluded Vystrcil.

The final phrase — delivered in Mandarin — was met with a standing ovation from Taiwanese lawmakers.

Vystrcil is heading up a 90-member delegation of Czech civic and political leaders to Taipei, the largest-ever Czech delegation visiting Taiwan since the European country became democratic in 1989, ending Communist rule.

Vystrcil maintains the trip is to promote business links and said he would not give in to Chinese objections.

On Monday, Beijing warned that Vystrcil would pay "a heavy price" for the visit. In response, the Czech Republic's Foreign Ministry said it would summon China's envoy to Prague.

Relations between China and the Czech Republic were already strained, when earlier this year the city of Prague signed a partnership agreement with Taipei that prompted Shanghai to cut ties as a sister city.

In the Czech Republic, the media ecosystem is plagued by disinformation. A group of PR professionals have teamed up to cut off dodgy outlets from their main, and often only, source of income — online ads.