The incident made headlines in 2015 during the height of the migration crisis. The top court said that while the camerawoman's actions were morally incorrect, they were not criminal. 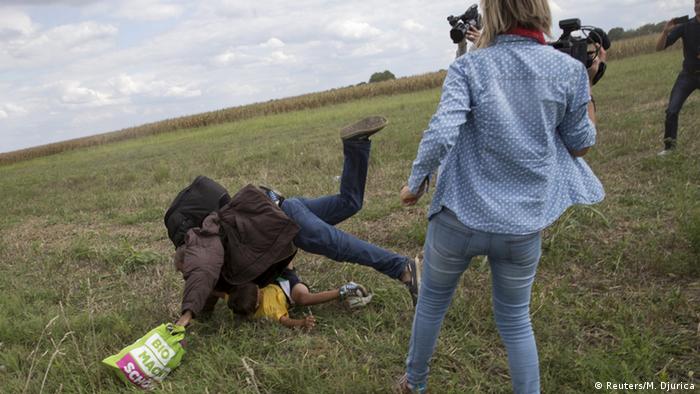 A Hungarian television camerawoman who was filmed tripping and kicking migrants on the border with Serbia in 2015 was acquitted Tuesday by the country's top court.

Petra Laszlo made headlines at the height of the European migration crisis when she was seen tripping a man carrying a child and trying to trip other migrants as they ran through a police line near the border town of Roszke.

The Supreme Court decision corrected lower court decisions that in January 2017 slapped her with a criminal offense and three years' probation.

"The video reporter was acquitted owing to the lack of a violation," a court statement said, noting that it took into account "an assault by several hundred migrants fleeing a police intervention." 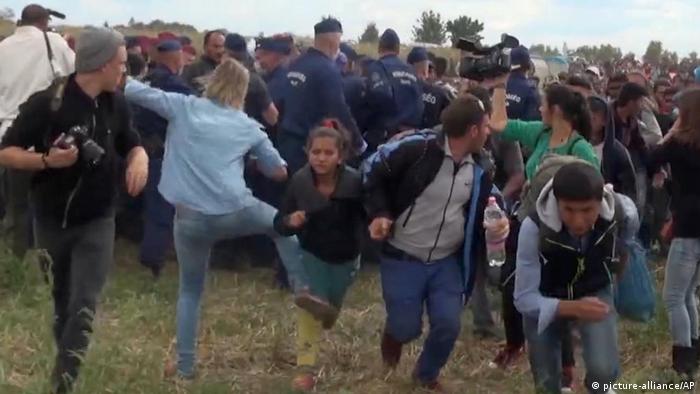 "I turned and saw several hundred people charging toward me, it was quite incredibly frightening," Laszlo had said.

Laszlo's action "while morally incorrect and illicit, was a disruption, not vandalism," the court said.

The court said Laszlo should have been charged with a misdemeanor instead of a criminal offense and that the case was no longer valid due to the statute of limitations.

As a result of her actions, Laszlo was fired from her job with N1TV, an internet-based television station close to Hungary's far-right Jobbik party.

The man who was tripped with his child ultimately received asylum in Spain.

Hungarian Prime Minister Viktor Orban has condemned the European Union's effort to censure his government. The move is part of a broader strategy to push back against criticism of his hard-line anti-immigration policies. (25.09.2018)