Hungary′s homeless ban: When poverty becomes a crime | Europe | News and current affairs from around the continent | DW | 15.10.2018

A new law banning homelessness has taken effect in Hungary. The government argues the measure will save lives. Critics, meanwhile, call it barbarous and a criminalization of poverty. 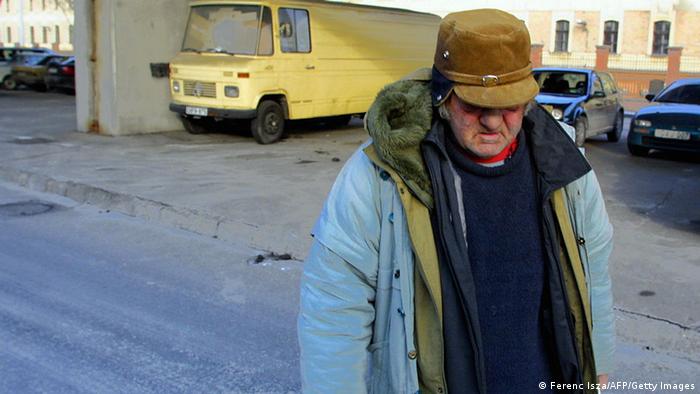 When Hungary began undergoing political change nearly 30 years ago, people in the country were surprised by the number of homeless showing up on Budapest's streets and in its subway stations. By now, most Hungarians have gotten used to the sight — and Budapest has more homeless people, many of them old-aged, than almost any other Eastern European capital. No matter which party was in power over the years, the government has largely ignored them.

Prime Minister Viktor Orban and his social policy experts have long wanted to solve the problem. Their latest idea is to institute a legal ban on homelessness. Both the government and several local authorities have repeatedly failed to push through such a law, being stopped both at the Constitutional Court and most recently Hungary's Curia, the Supreme Court, in 2016. This June, parliament passed a constitutional amendment banning homelessness, making an appeal in the Constitutional Court no longer possible.

"Habitual residence in a public space is forbidden," the Hungarian Constitution now reads.

Read more: Holidays with the doctor: Medical tourism in Hungary

The ban came into force on Monday with the help of an implementation law which states that homeless people sitting or lying somewhere among their spread out belongings constitutes a lifestyle in a public space. If they do not follow police orders to leave the site and head to a shelter, they can automatically be called to do community work. If they refuse, they can be detained. They can also be taken into custody if they ignore police requests to leave that space three times over a three month period. They then would face an accelerated trial and a prison sentence. The police are allowed to confiscate and destroy a homeless person's belongings at any time, including personal effects — and the homeless person can be required to pay for those expenses. 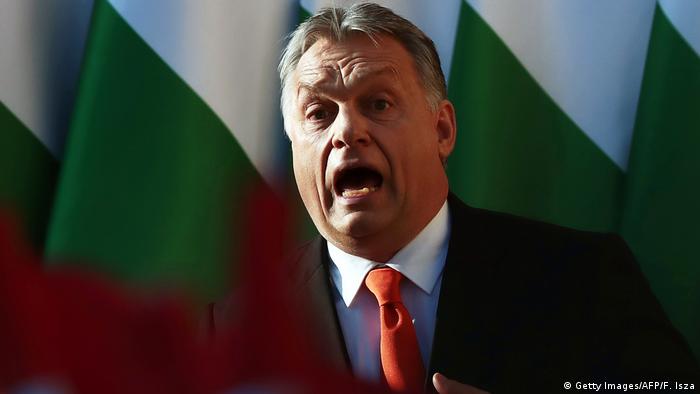 'Poverty is not a crime'

Various Hungarian nongovernmental organizations, including a group named "The city belongs to all," have for months been protesting fiercely against the new ban on homelessness, calling it "inhumane" and inappropriate to solve the problem. On Sunday, civil associations and artists gathered in front of the parliament building on Kossuth Square in Budapest to protest the measure, waving banners that read "poverty is not a crime" and "people who harm the poor are cowards."

The law has also sparked international criticism and protest. The European Parliament's Sargentini report, which forms the basis of the European Union's ongoing punitive Article 7 procedure against Hungary, calls it an example of how the country violates the EU's constitutional principles and fundamental values.

The Hungarian government has dismissed that criticism and, in particular, accusations that it is out to criminalize being homeless.

The new law is aimed at saving lives, Bence Retvari, a deputy minister at the Ministry of Human Resources, told Hungarian state television on Monday. The provisions prevent the homeless from freezing to death, he argued, adding that the way out of homelessness inevitably leads to temporary shelters where people are given clothing, and offered job opportunities and social counseling. The homeless problem in Hungary has gone unsolved for 28 years, Retvari said, and he believes the new law provides a corrective measure. 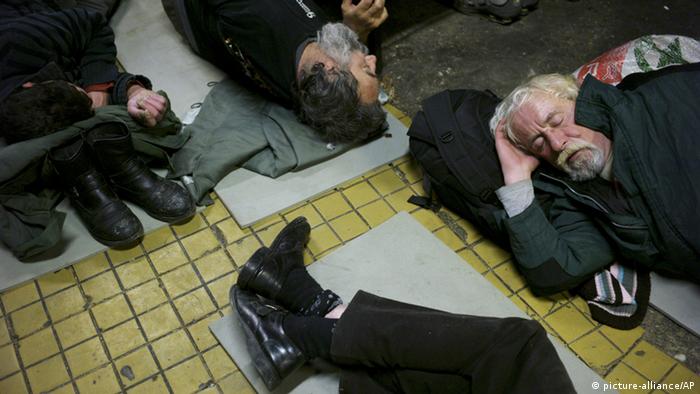 The government claims the new law will save lives, but critics aren't buying it

Better off on the streets

An estimated 30,000 homeless people live in Hungary, most of them in Budapest. According to the government, shelters have room for 19,000 people, while civil society groups that look after the homeless say there is only room for around 11,000 people. Space is tight in many shelters, the homeless sleep in large dormitories and the social work is inadequate, they say. As a result, many homeless people often prefer to live on the streets.

Critics say the Orban government's handling of the homeless situation is unprofessional and amateurish. According to Gabor Ivanyi, a well-known Methodist priest who has been running a homeless association and a shelter in Budapest for many years, the new law is akin to the health care system banning people from falling ill.

"If the Hungarian state had over the past eight years thought through what needed to be done to make fewer people homeless instead of simply changing the law on misdemeanors and the constitution, fewer people would be living on the streets today," social policy expert Balint Misetics wrote in the weekly paper hvg.

While the new law provides the police with significant power to enforce the ban on homelessness, it remains to be seen how far they will go in implementing it.

Independent media in Hungary have been reporting that the police plan to carry out major raids in Budapest this week. Meanwhile, critics have already come up with their own form of protest: In Budapest, dozens of demonstrators have been lying down on sheets of cardboard they spread out in places where homeless people stay.