The bottleneck has eased at Keleti station in Budapest, but over a thousand people a day are still crossing the border from Serbia. As Ben Knight reports, local volunteers blame the crisis on the EU's self-delusion. 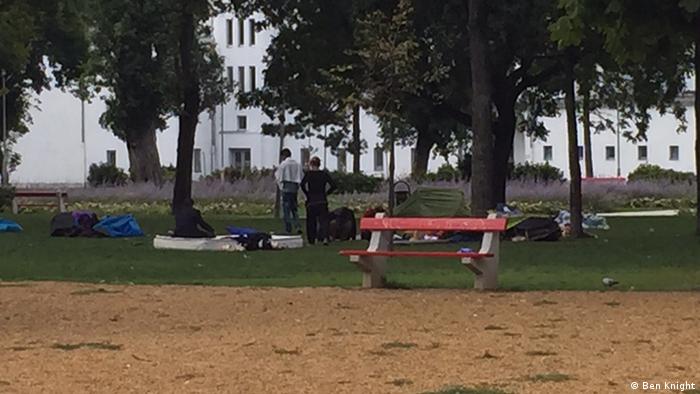 There's a small grassy square (seen above) round the corner from Keleti railway station in Budapest that now gets called "Afghan Park." Even though many of the people living outside around the station have finally been allowed to move on, away from Hungary, a few groups, mainly comprised of men, are still camped out on painfully thin mats, wrapped in blankets, some in tents. A row of mobile toilet cabins set up along on one side of the park is all the sanitation available.

The Syrians, having heard that the German chancellor has promised them asylum, have mostly gone, but many of the Afghans - unsure whether it's worth the trouble of traveling all the way to Germany only to be "Dublined back" - remain.

"We told them, 'You should go, please, please go; it's in your interests,'" said Zsusza Zsohar of Migration Aid, a Hungarian volunteer organization founded only two months ago. "But they don't know what to do. Of course they risk being sent back."

Some of the Afghans, like 15-year-old Umar, are just tired and have decided to stop here for a few days. He has spent two months walking here - via Iran, Turkey and Bulgaria. "In the mountains in Iran, there were no houses, there was nothing - sometimes there was no food for four or five days," he said, before adding that he had no life in Afghanistan because the school the president built for his community was blown up by the Taliban. 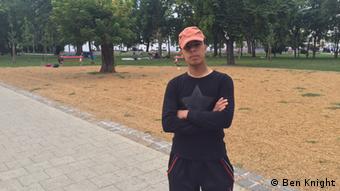 The refugee crisis that has dominated European headlines for a week took hold in Hungary two months ago. For weeks, Budapesters passing through Keleti regularly saw a few dozen - sometimes even a hundred - refugees hanging round, occasionally sleeping rough at the station. Marc Speer, a Budapest-based NGO worker of the organization Border Monitoring, thinks there are two main reasons why the humanitarian disaster suddenly unfolded at the end of August.

"For one thing, it's just that a lot more people came," he told DW. "About a month ago, we had about 1,500 people coming over the border every day - those numbers rose recently to 2,500 and sometimes to over 3,000. And the other factor is that fewer people got away." The usual turnover as people milled around for a few days until they found smugglers to get them out was abruptly halted with the tragedy in Austria, when 71 people were found suffocated in the back of a truck.

"After that disaster, the path was blocked for a lot of people, because Austria tightened the border, and the smugglers stopped their work," he said. "And then, of course, they weren't allowed on the trains - that's how those circumstances came about."

For the Hungarian refugee support groups, the chaos that has been playing out in Budapest, Vienna and Munich in the past week is only a large-scale, concentrated version of the farce and self-delusion that has marked the European Union's migration policy for years. 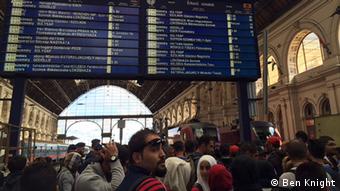 One of Sunday night's Keleti station volunteers had a good illustration of the schizophrenia of Brussels' current position to hand: he had just returned from Röszke, the Hungarian reception point on the Serbian border, with photos of vans belonging to the EU's border security agency, Frontex. They had Dutch number plates. "So fences are against European values, but Frontex isn't?" an activist associated with the group Migszol wondered.

Up to now, Hungary's policy for refugees arriving at Röszke has been to fingerprint them, register them, and then hand them a rail pass document and tell them to find whichever camp they've been assigned to for themselves. The pass is valid for 48 hours on any Hungarian train. Since many have already decided they want to go to Austria or Germany, they ignore the instructions and often head straight for Keleti station.

But as of this weekend, all that is over, according to Zsohar - the Hungarian authorities have apparently decided to detain new arrivals at Röszke. "A lot of people are still coming to Hungary - between 1,800 and 2,000 every day, but where they're taking them I don't know," she said. By the evening, rumors began to spread that around 1,000 refugees had set out on the 250-kilometer (155-mile) march to Budapest.

There has been much speculation that Hungarian Prime Minister Viktor Orban deliberately created the current bottleneck in order to prove a point to Brussels. But that's not the whole story, according to Speer. "I am sure Germany and Austria applied pressure behind the scenes not to allow people travel on," he told DW. As the disaster of this policy became apparent, the Hungarian government was shamed into providing special buses to transport people to the Austrian border. But this, Merkel and Orban agreed during a phone call on Saturday evening, was an "emergency solution" - a humanitarian exception to the rule of Dublin. 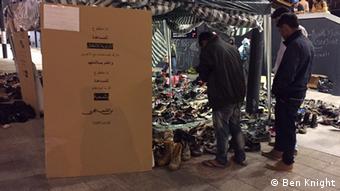 Whatever the political machinations at European level, it's been an open secret that Hungary has for years been quietly ignoring the Dublin rule, engineering its bureaucracy and its social security system to discourage asylum seekers from staying and to encourage them to keep moving north.

A refugee's only chance of staying in Hungary is to sign an "integration contract" - this means that in exchange for being recognized as a refugee, they must report to a "family care" official every week for six months, and every month for the following two years. But in practice, very few have taken this route.

"The asylum application is a de facto transit visa," said Speer. "On paper you're an asylum seeker, but practically it's a transit visa. And the Greeks and the Macedonians and the Serbians do exactly the same."