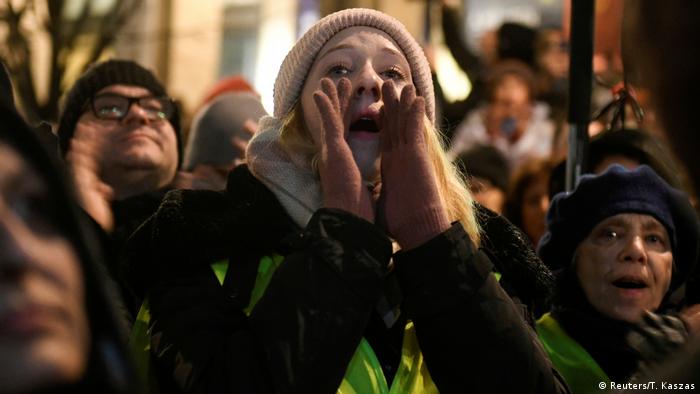 The Hungarian parliament on Wednesday passed a law that increases government control over the country's theaters. Pushed through in an emergency procedure, the law introducing a National Cultural Council for "centralized strategic steering of cultural sectors" was passed by an overwhelming majority in the coalition government led by conservative-nationalist Prime Minister Viktor Orban.

The terms of the draft were in part modified in reaction to massive protests from the Hungarian cultural scene and opposition politicians, such as Budapest's new mayor, Gergely Karacsony. 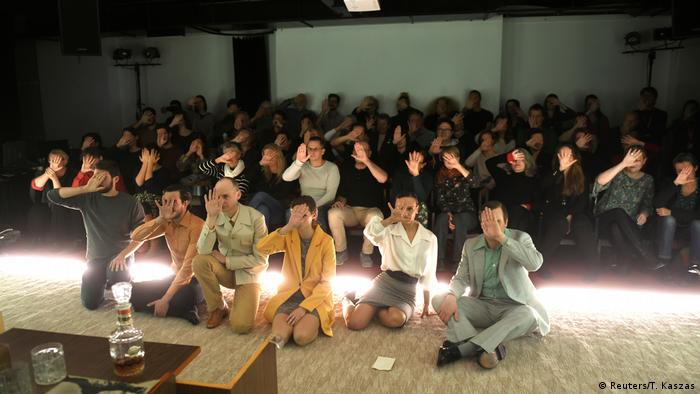 The original draft, published at the beginning of December, included the abolition of the National Cultural Fund and the curtailment of state subsidies for independent cultural institutions. The government was also to have its say in subsidy decisions and the appointment of theater directors.

The adopted law does not affect the funding of cultural institutions as much as planned in the original bill. For instance, the National Cultural Fund will remain in place. Nevertheless, municipalities wishing to receive state subsidies must agree to have the government play a role in the management of the institution and the appointment of its director. The planned government-related National Cultural Council is also to issue guidelines and recommendations in the field of culture.

Several opposition politicians also wore black theater face-masks in protest as they voted against the law. 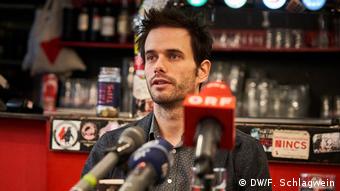 Even though the law is not as restrictive as initially feared, artists and cultural institutions are still under pressure. "We cannot be sure that this government will not adopt a harsher law in a few weeks or months," said Martin Boross, artistic director of the independent Stereoact Theater, on Wednesday morning at a press conference in Budapest attended by DW. "It is a proven strategy for the government to wait until the situation calms down and then pass even more far-reaching legislative changes."

After the announcement of the bill, Hungarian culture activists released a protest petition, which was signed by over 50,000 Hungarians within a few days. On Monday evening, thousands of people had also demonstrated on the streets of Budapest against the law. 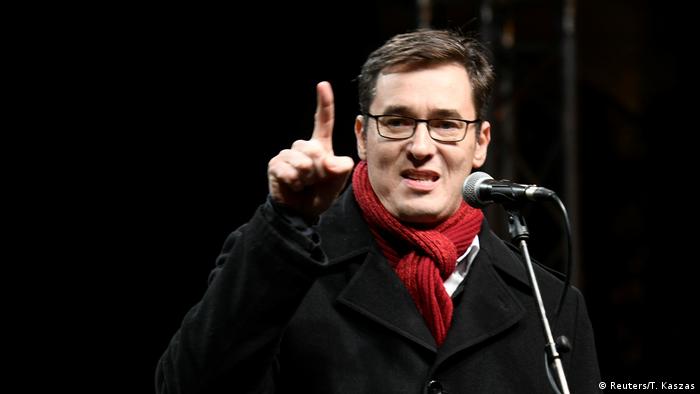 Budapest Mayor Gergely Karacsony speaking during a protest on Monday

Stereoact Theater's Martin Boross also believes that the new cultural law is part of a political revenge campaign. It's a further step in the government's desire to control and coordinate all areas of Hungarian society, he added. Prime Minister Viktor Orban has already tightened the government's grip on the media, as well as education and science, and now "the wave of centralization has reached the cultural sector," said Boross. 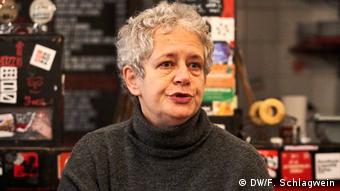 The government justified its legislative initiative with a case of sexual harassment at the Katona Jozsef Theater in Budapest.

A gloomy future for culture

Anna Lengyel, artistic director of PanoDrama Theater, fears that if the government abolishes its theater subsidies, as expected by many observers, this will have massive restrictions on Hungary's vibrant cultural scene. Theaters could no longer pay for their infrastructure and staff.  This would not only affect the cultural scene itself, but the audience as well. Martin Boross also emphasized that Hungarian artists would increasingly have to perform abroad to survive financially.

Hungary has pulled out of the 2020 Eurovision Song Contest that will take place in Rotterdam. No reason was given, but many people are speculating that the decision is related to the government's homophobic stance. (29.11.2019)