Humboldt Forum to open before the end of 2020

The large-scale Berlin museum has been under construction since 2013. Its opening was postponed several times, but is now set to take place before the end of the year. 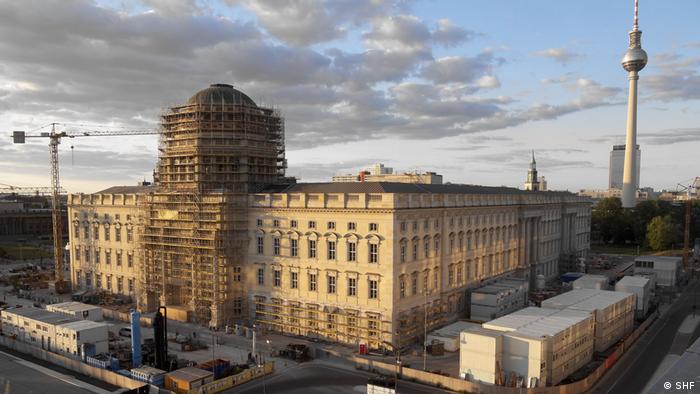 It is a well-known fact that large construction projects in Berlin tend to take a little longer than initially planned.

After the BER Airport, which is scheduled to start operating this month after a delay of more than eight years, a mammoth cultural project will soon open its doors: the Humboldt Forum.

A gradual opening is planned, explained director Hartmut Dorgerloh at a press conference on Wednesday.

As of December 17, 2020, only the lower lobby and the ground floor will be accessible to the public. The exhibitions on the second and third floors, as well as the viewing platform on the roof, will gradually be inaugurated over the coming year.

The Humboldt Forum of the Prussian Cultural Heritage Foundation was initially scheduled to open in 2019, to coincide with the 250th anniversary of the eponymous researcher and explorer Alexander von Humboldt. The coronavirus pandemic also affected the prominent construction site. Due to the Europe-wide lockdown, many workers could not enter Germany. The delivery of materials also came to a standstill. The coronavirus crisis meant that the opening, already pushed back to September 2020, had to be once again postponed.

Opening exhibition about the Humboldt brothers

The initial exhibitions in the underground and ground floors will provide information about the history of the Berlin Palace and about Alexander von Humboldt and his brother Wilhelm.

Three exhibitions developed for the first floor are set to be made public in January. An expanded program of events and educational workshops is to follow in the spring, while the opening of the west side of the second and third floors, which includes collections from the Ethnological Museum and the Museum of Asian Art is set for the end of summer 2021. At the turn of the year 2021/2022, the opening of the east wing with the other exhibition areas of the two museums will follow.

Financed by the federal government, the State of Berlin and private donations, at €644 million, the Humboldt Forum is the most expensive cultural building site in Germany.

Exhibits from Asia, Africa, America and Oceania as well as objects relating to the history of Berlin are to be showcased on its 40,000 square meters (431,000 square feet) of exhibition space. While construction work is still ongoing, the first exhibits are already being installed.

The reconstruction of the Berlin City Palace is based on a design by architect Franco Stella. Only three of the four outer walls of the former palace are reproduced in the new building, along with the dome and the three baroque facades of the so-called Schlüterhof. The interiors of the building are built in modern style.

The reconstruction of the palace has been a controversial project for years. The site of the museum has directly reflected Berlin's tumultuous history. The original baroque Berlin City Palace was destroyed during World War II and demolished in 1950/1951. The Palace of the Republic, which served as the parliament of the East German government as well as a cultural venue, was built on the site — only to to be demolished in 2008.