Human rights award goes to Bialiatski | World | Breaking news and perspectives from around the globe | DW | 30.09.2013

The European Council’s human rights award goes to Belarusian activist Ales Bialiatski, who has long fought for human rights and helped victims of political despotism. He is currently imprisoned in his country. 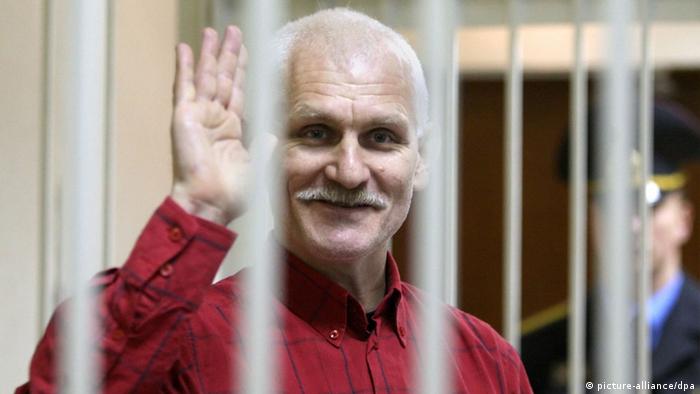 Ales Bialiatski didn't make it to the award ceremony in Strasbourg. The human rights activist, who has already received a number of honors, has been held in a Belarusian prison camp for almost two years now. As such, his wife, Natalia Pinchuk, accepted the Vaclav Havel Human Rights Prize on Monday (30.09.2013) at the Parliamentary Assembly of the Council of Europe (PACE) in his name.

"Ales Bialiatski has worked ceaselessly so that the citizens of Belarus may one day aspire to our European standards," Mignon said.

The European Council awarded the Vaclav Havel Human Rights Prize for the first time this year. The prize honors outstanding civil society engagement in the defense of human rights in Europe and beyond and commemorates the deceased human rights activist Vaclav Havel, who was the president of the Czech Republic from 1993 until 2003.

Support for the politically persecuted 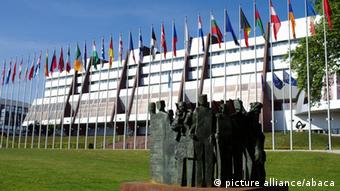 The European Council awarded the Vaclav Havel Human Rights Prize for the first time this year.

Bialiatski is the founder and head of the Human Rights Center Viasna ("Viasna" means "spring") in Belarus. The organization supports victims of political despotism and provides financial and legal assistance to political prisoners and their families.

In recent years, the center has been forced to work underground. In 2003, governmental authorities withdrew state accreditation for the non-governmental organization. All efforts for a new registration have failed so far.

Nevertheless, the Human Rights Center Viasna continues supporting opponents of the current presidential system and their family members. Like many other non-governmental organizations, the Bialiatski's organization sought refuge in the neighboring countries of Poland and Lithuania. It maintains bank accounts there in order to receive financial support from foreign supporters of its projects.

Belarus swings between EU and Russia

The EU seems unsure how to deal with Belarus. Neither sanctions, nor offers of partnership, have drawn President Lukashenko away from his autocratic policies. Instead, he continues to maneuver between the EU and Russia. (22.09.2012)

The European Parliament has named two Iranians the winners of the Sakharov freedom prize. The filmmaker and human rights lawyer take their place among previous laureates, including Nelson Mandela and Aung Sang Suu Kyi. (26.10.2012)

The center's foreign bank accounts were eventually Bialiatski's undoing after Belarusian authorities used them as leverage for tax evasion charges. Due to bilateral agreements on law enforcement, Polish and Lithuanian authorities were compelled to give Belarusian prosecutors information about bank accounts under Bialiatski's name. In doing so, Poland and Lithuania unintentionally provided formal evidence for the allegations of tax evasion. In November 2011, Bialiatski was consequently arrested in Minsk and sentenced to four-and-a-half years of detention.

In turn, Poland and Lithuania suspended the law enforcement treaty with Belarus and sent Bialiatski and his family a public apology after the arrest. Together with other countries, they vehemently support his immediate release. The European Council and the EU have also repeatedly called upon Minsk to release Bialiatski. Amnesty International and the Organization for Security and Co-operation in Europe (OSZE) have deemed the detention of the human rights activist to be purely politically motivated.