Belarus swings between EU and Russia | Europe| News and current affairs from around the continent | DW | 22.09.2012

Belarus swings between EU and Russia

The EU seems unsure how to deal with Belarus. Neither sanctions, nor offers of partnership, have drawn President Lukashenko away from his autocratic policies. Instead, he continues to maneuver between the EU and Russia. 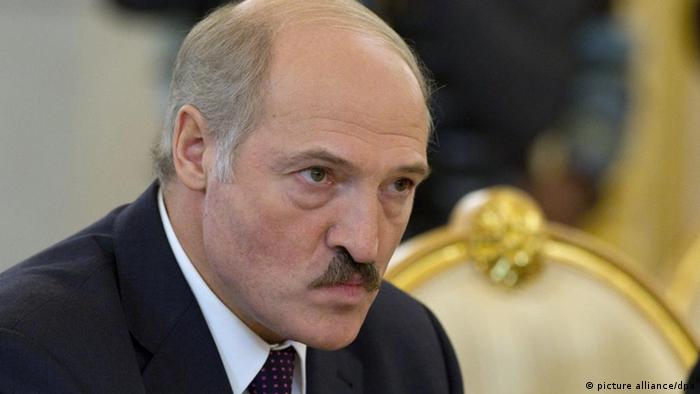 Martin Schulz, president of the European Parliament, gave the issue of Belarus special attention at the recent start of the parliamentary session after the summer break. "We call on the government to ensure that the parliamentary elections respect international standards, that all candidates have a fair chance and that the [election] observers can freely perform their task," Schulz stated.

Schulz also spoke of "continued abuse of human rights, the rule of law and democratic values in Belarus," calling on President Alexander Lukashenko to implement political change and reforms. "The first step must be the immediate and unconditional release of all political prisoners and their full rehabilitation," Schulz added. 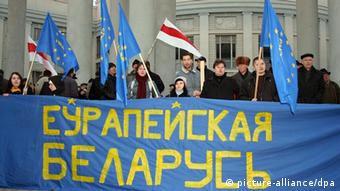 Demonstration 2009 in Minsk, in favor of Belarus accession to the EU

Not all within the EU have taken such a clear stance; the bloc has generally had a dual strategy toward Belarus. EU foreign policy chief Catherine Ashton stated as much after the presidential election: "On the one hand, we have to consider targeted measures against the Belarusian authorities," she said. "On the other hand, we need to have an intensified dialogue with, and support for, civil society and citizens."

The EU has also sought to cooperate with Lukashenko. Despite ongoing human rights violations and repression of the opposition, the country participated in the "Eastern Partnership" in 2009. In this project, six former Soviet states were supposed to be brought closer to the EU.

"Our door is open," Swedish Foreign Affairs Minister Carl Bildt said at the time about the possible accession of some countries to the EU. The degree of cooperation would apparently depend on internal conditions within the country. At the start of the project, Belarus appeared to go through a thawing-out phase, when Lukashenko made efforts to close the diplomatic gap and promised more openness.

Learning from the German police

It was in this same period, between 2008 and 2011, that the German government offered the Belarusian police assistance, for example by providing them computers, cameras and vehicles. Germany's Federal Police and the Federal Criminal Police Agency trained Belarusian security forces, which also accompanied the German police on missions leading contested deliveries of nuclear waste through protests.

When details became public in the summer, the cooperation was heavily criticized, even if the German police didn't directly give billy clubs and riot gear to the Belarusian police. Werner Schulz, a Green representative in the European Parliament, lambasted the assistance: "The German state is providing lessons for dictators. What the militias of Lukashenko learned in Gorleben [the site of the German nuclear waste deposits], they later used in successfully cracking down on protests."

Yet according to the Belarusian Interior Ministry, the assistance was to help it fight illicit automobile sales and illegal immigration.

Yet in the relationship between the EU and Brussels, the stick rather than the carrot seems to dominate. This was the case around the time of the presidential elections at the end of 2010, when the government cracked down particularly hard on the opposition. Ever since, many Western politicians speak of "the last European dictator."

The EU reacted with sanctions. "Lukashenko has to understand that he has to free all political prisoners," Dutch Foreign Minister Uri Rosenthal said. "When it is not learned the soft way, it should be learned the hard way. And that is on the basis also of increasing and intensifying the sanctions."

A weapons embargo has been in place since 2011, while the EU additionally imposed an entry ban on Lukashenko and numerous Belarusian officials. 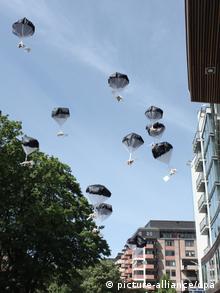 A seemingly light-hearted Swedish protest action this past summer evoked rather serious reactions. A small Swedish aircraft dropped hundreds of teddy bears with tiny parachutes, which bore signs protesting human rights violations, over Belarusian territory. Minsk reacted by expelling all Swedish diplomats from the country, along with the head of the Belarusian air force and border patrol - apparently for not preventing the drop from taking place.

But altogether, the EU sanctions against Belarus don't seem to have brought much, according to Giselle Bosse, a Belarus expert at Maastricht University. They are probably bad for Lukashenko's image, and "annoy the country's elite, since they can't travel," Bosse said. But Belarus is also able to circumvent some EU states' sanctions, making their effectiveness "truly questionable."

"Ultimately, he has little choice. Either he binds Belarus more strongly to Russia, or goes in the direction of a partnership with the European Union," Spindelegger said.

The latter would be in his interest, Spindelegger believes. But "it must be clear to him that the path will be blocked, if he continues behaving this way towards the opposition," Spindelegger added. 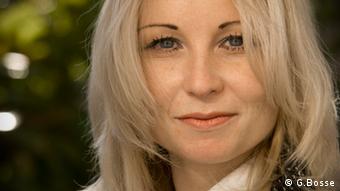 Bosse said she thinks Lukashenko's indecisiveness will continue. For years he has been seeking to do a balancing act: "When the relationship with Russia was tricky, he turned to the EU. When the EU imposed sanctions, he tried to draw closer to Russia."

In any case, Russia has more opportunity to influence Belarus, Bosse said. If Lukashenko were to suddenly disappear as a result of external pressures, it would be due to Russia and not the EU, she added.

The Belarusian people, at the moment, are tending to orient themselves toward Moscow, Bosse added. In terms of the economy, according to a survey, people are expecting "more from a union with Russia than one with the EU." Which is why Bosse warns against pinning false hopes on the parliamentary election.

Since the opposition is repressed, it's not seen as much of an alternative by the people, Bosse explained, adding that at the same time, Lukashenko remains unpopular. "The winner of the vote could actually be Russia," Bosse concluded.

Seven million Belarusians are scheduled to elect a new parliament. That the parliament only rubber stamps the decisions of the authoritarian president is not expected to change. (21.09.2012)

Experts expect "Europe's last dictator," Belarusian President Lukashenko, to win parliamentary elections on Sunday. But one protest group refuses to back down and is getting creative with its protests. (20.09.2012)

Belarus says it is pulling its remaining embassy staff from Sweden amid a row over a pro-democracy stunt involving teddy bears. Sweden has been given until the end of the month to withdraw its diplomats from Minsk. (08.08.2012)