How will independent journalism survive the war in Ukraine? | Europe | News and current affairs from around the continent | DW | 21.06.2022

How will independent journalism survive the war in Ukraine? 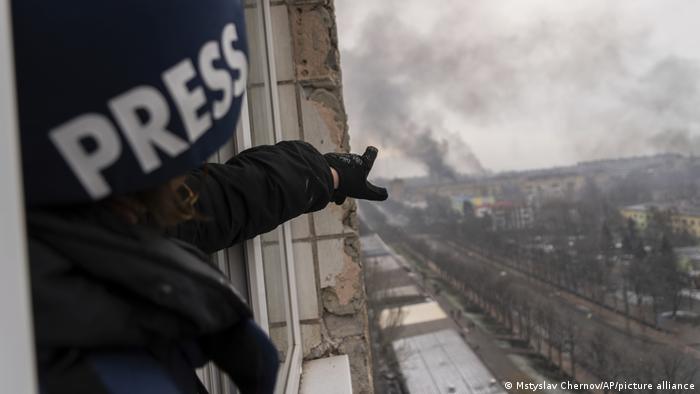 As the 2022 Global Media Forum continued at DW's Bonn headquarters on Tuesday, the exiled Russian journalist Mikhail Zygar told the panel "Shaping the Future of Journalism in Wartime" that, within a single decade, the Kremlin's clampdown on independent journalism had facilitated the spread of propaganda and polarized political discourse, making it easy for the state to isolate and stifle critical voices.

"The war on independent media in Russia was short and ruthless," said Zygar, who worked in the country up until it invaded Ukraine. Though he and his fellow independent journalists had long faced harassment and intimidation from the Kremlin, he used to feel confident about the impact that their work had on the Russian public. "I was pretty sure that we had the full attention of the audience and that it would be impossible to destroy us," he said. "But I was wrong."

Drawing on their experiences, Zygar and his fellow panelists — the Ukrainian journalist Angelina Kariakina, German Culture and Media Commissioner Claudia Roth and EU Transparency and Values Commissioner Vera Jourova — explained how the war has exacerbated divisions and polarization that threaten democracy and free speech. 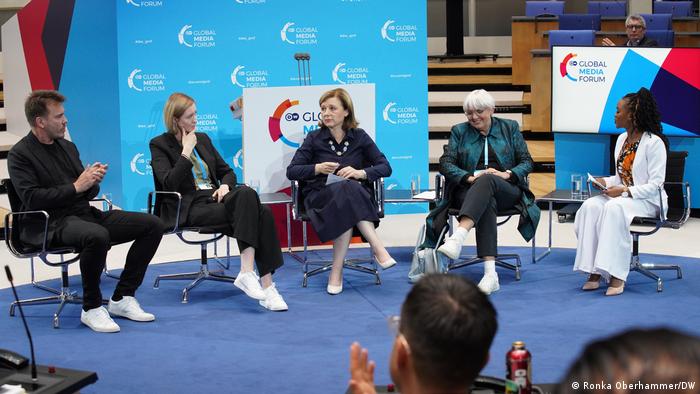 The 2022 World Press Freedom Index published by Reporters Without Borders in May indicated a twofold increase in polarization amplified by misinformation — fueling divisions within countries, within regions and globally.

Such divisive conditions provide the backdrop for "a battle between democracy and authoritarianism," Roth said. 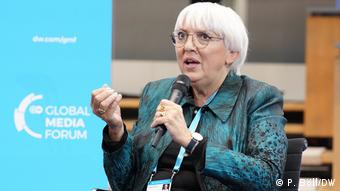 In this war, "Propaganda is a powerful weapon," Roth said.

The European Union has taken measures to regulate digital platforms.

"Spreading misinformation has become a way of making money for major social media companies," Jourova said. "This must stop." 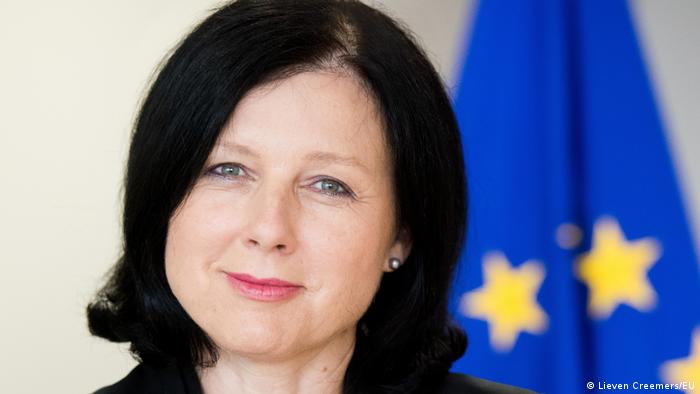 The struggle for free media to survive also occurs at a more existential level.

"In the case of my country, our primary concern is how to survive the next day while we do our jobs," said Kariakina, the head of news at the Ukrainian public broadcaster UA:PBC. "As Ukrainian journalists, we are being injured, killed, mobilized, tortured — or experience all of these things while working." 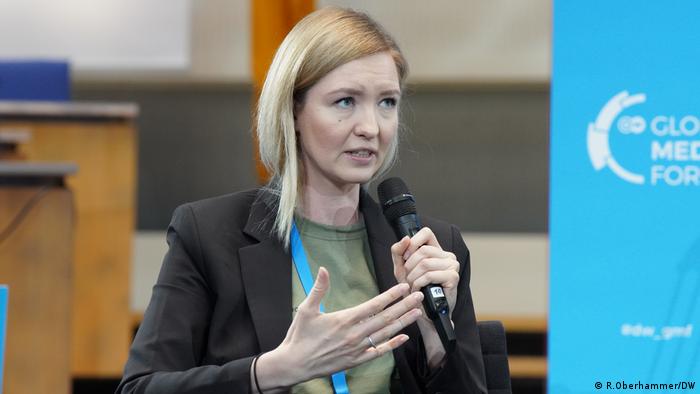 As of June 21, at least 12 journalists have been confirmed killed in Ukraine's battle zones, according to the Committee to Protect Journalists. More have been reported missing, abducted or killed under unknown circumstances.

"People usually ask Ukrainian journalists whether they are neutral in this conflict, whether they cover the views of the other side, too," Kariakina said. Being personally involved in the war's story does not make their coverage less professional, she added.

"Covering this war is not about neutrality and balance," Kariakina said. "It is about standing for the obvious truth," she said.

Kariakina detailed a bleak situation in which dialogue between Russia as the invader and the invaded Ukraine becomes impossible. With all the divisions that have widened during the current war, is there any imaginable strategy for reconciliation?

International law has established clear procedures for reconciliation and peace-building between nations. These include truth-finding committees identifying those responsible for war crimes, offenders and aggressors facing justice, and victims receiving reparations.

By documenting atrocities and human suffering during the war, journalists make this dialogue possible, Kariakina told DW after the panel.

"What we need is justice," Kariakina said. "There is no reconciliation without justice."