How tulips came to the Netherlands - and even saved lives

In 17th- century Amsterdam, a tulip bulb was worth more than a diamond. The new film "Tulip Fever" sets a dramatic love story during the tulip's heyday, but the flower's history is spectacular in its own right.

As early as January, tulips in hues ranging from blood orange to snow white begin appearing in vases across Europe. Some have smooth petals, while others have fancy fringe around the edges. Especially rare are black tulips, which in reality are not black but dark red. Or parrot tulips, whose petals appear to be draped around the calyx.

The tulips are available so early in the year thanks to flower nurseries that keep the bulbs chilled, mimicking winter regardless of the season. After three or four months of cold, the nurseries artificially warm the air, the tulips register a change in season and the bulbs begin to sprout as it if were spring. 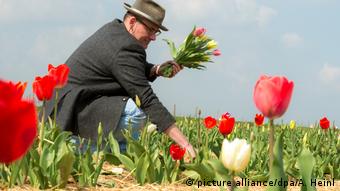 In the Netherlands, you can purchase tulips straight from the field

Left to nature's devices, tulips would bloom in April; they decorate entire countrysides with their colorful coats, especially in parts of the Netherlands.

In the spring, millions of tourists visit the many huge tulip farms, armed with cameras and shears to take the beautiful blossoms home with them - either as a photo or purchased in large bunches. Tulip fever comes to an end by late May.

From the foot of the Himalayas to western Europe

A completely different type of tulip mania reached its peak in the 17th century. The beloved flower originally stemmed from the Orient and it was only by accident that the bulb made its way to the western seaside climate of the Netherlands.

The tulips had already been well loved for centuries in the Ottoman Empire as well as in what are now India, Pakistan and Afghanistan, where the flowers decorated gardens and palaces. It wasn't a coincidence that their name is similar to the word for turban.

In the 16th century, Ogier Ghiselin de Busbecq was serving as the ambassador of the Habsburg monarchy to the Ottoman Empire. While visiting Turkish sultan Suleiman the Magnificant, a fan of tulips, he was given some bulbs to take back to Vienna.

De Busbecq then passed the tulip bulbs on to his friend, Flemish botanist Charles de l'Écluse, the prefect to the emperor's garden in Vienna. When d'Écluse left Vienna to teach at a university in Leiden, Netherlands, he brought the bulbs along and planted them there.

As the director of the botanical gardens in Leiden, he experimented with the exotic flower - and was so successful that the tulip became a highly sought-after import among the local wealthy residents. 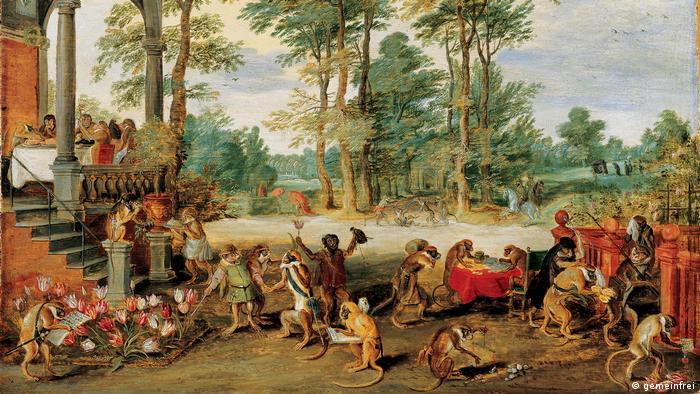 The flowers were especially sought after due to their sensitivity. The wet, cold climate did not serve the bulbs well, and they were susceptible to diseases. One particular virus was spread via aphids from flower to flower - but it made the petals multicolored, resulting in especially exclusive flowers. Known as Rembrandt tulips, the colorful variety was later artificially bred.

The tulip quickly became a status symbol. As commercial sales developed, prices became exorbitant. Some people even traded everything they owned to buy a bulb - not knowing whether it would ever grow. At the time, the most expensive variety was the Semper Augustus, and it cost as much as a canal house in Amsterdam.

The coming harvests were speculated on and the market grew out of control - until, one day in spring 1637, the tulip market crashed when prices dropped over night.

Many people had growth wealthy on tulip mania, but most had not seen the setback coming and lost everything.

The tulip hits the silver screen 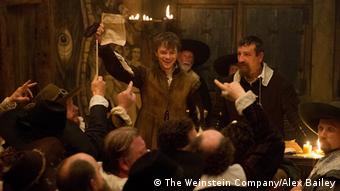 The tale of the tulip serves as the backdrop for Justin Chadwick's new film, "Tulip Fever," which comes out on August 24 in Germany and on September 1 in the US.

In the foreground is a story of forbidden love. The young Sophie (Alicia Viaknder) is forced to marry an older man she doesn't love, the tulip vendor Cornelis Sandvoort (Christoph Waltz), but then meets the young painter, Jan (Dane deHaan), and the two fall in love.

Sophie and Jan want to run away together, but not with empty pockets, which is why they get involved in the risky tulip trade.

Director Justin Chadwick manages to capture the excitement of the era and paint a beautiful portrait of 17th-century society in Amsterdam. The tulip, the most valuable flower at the time, plays a recurring role in the film - but can it save the star-crossed lovers? 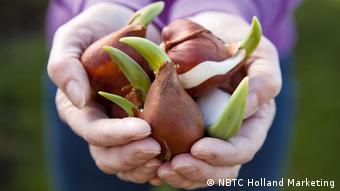 Fresh bulbs are said to have a sweet, milky flavor

Tulips have, however, managed to save other people. Centuries later, in the fall of 1944, the Allies lost the Battle of Arnheim to the Nazis. As a result, large parts of the Netherlands were cut off from coal and food supplies, since the Germans blocked the supply roots.

That winter, a famine known in Dutch as the "Hongerwinter" ensued, claiming as many as 22,000 lives.

During World War II, Dutch tulip growers hadn't planted any flowers, instead storing their many bulbs in dry places. The authorities decided to distribute the tulip bulbs as food and convinced the growers to sell them.

The bulbs proved to be nutritious and easy to cook. Though they probably didn't taste very good, they saved many lives.

With spring rapidly progressing, cherry trees all over the world are beginning to bloom earlier. But the extreme weather of climate change might thwart our favorite cherry blossom festivals. (31.03.2017)

The Dutch city of Utrecht is struggling to provide parking spaces for thousands of bicycle riders visiting the city's train station. The authorities have opened a new garage, projected to become the biggest in the world. (22.08.2017)

Tulips are among the most beloved spring flowers. Tulips were first brought to Europe from Turkey in the 16th century. Their story is now being told in the film "Tulip Fever." (23.08.2017)