Research in artificial intelligence is turning to money-making mass applications for consumers in the physical world. The next 10 years could be crucial. 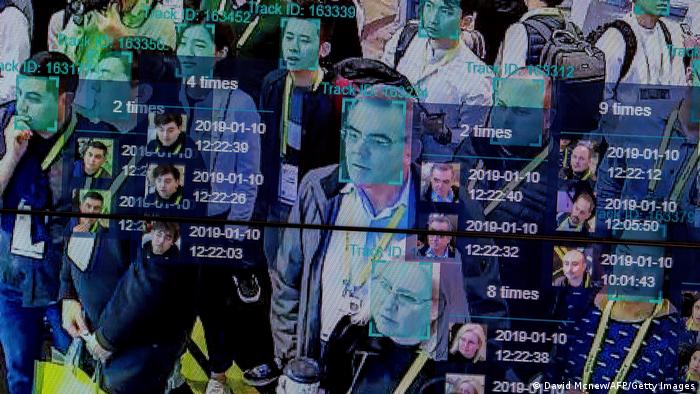 No conference on artificial intelligence (AI), machine learning or robotics would be complete without its fair share of technologists, programmers and engineers.

But scan the list of attendees at the 2020 Rise of AI Summit, a hybrid (digital and physical) event this week in Berlin (November 17-18, 2020) and the number of people from health insurance companies, banks and venture capitalists is astonishing.

As one of the founders of the event, CEO of Asgard Capital, Fabian Westerheide, said in his opening remarks on "The Next Decade of AI, we are in a 'renaissance' of the technology."

Westerheide says we're seeing a "refurbishment of ideas from the 1960s, 70s and 80s," combined with the amount of data we have now and today's processing power.

He calls it "old ideas, new execution, and new capital." With extra stress on the capital. That change has happened in the last four years. 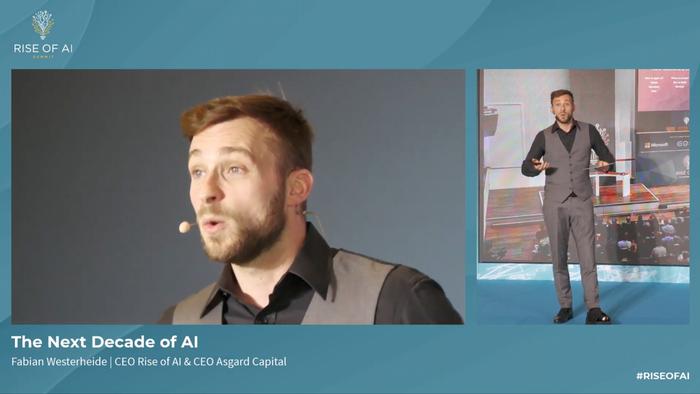 Attention has quickly turned to making money with the (re)emerging technology and ideology. "Between 2017 and 2019, AI became big business," says Westerheide.

The future of AI: "Regulated, painful, not so sexy"

It is "unprecedented," says Westerheide, how much capital is now flowing into AI — "China: 130 billion, Germany: first 2 billion, then another 3 billion, European Union: 20 billion."

But there is a downside.

Politics and regulation have taken the "sexy" out of AI. There's less innovation right now and a greater focus on "dry, robotic laws." It will be "painful," he says "as it usually is when public administrations give out money, but that also means [the cash] won't dry up. So, if you're in AI, stay in AI. This is huge." 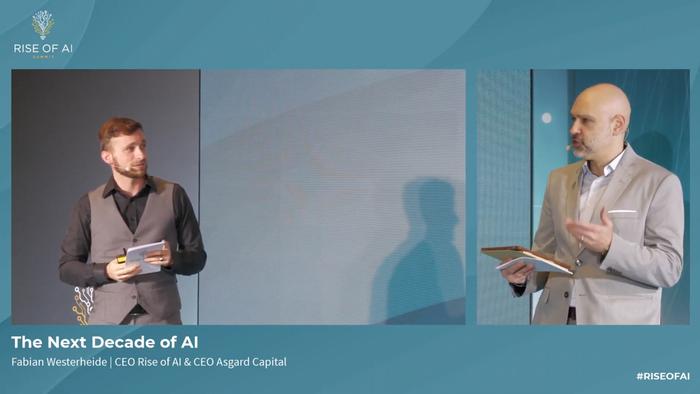 Westerheide, a self-declared "no fan of taxation," says the future of AI in Europe will be painful with political regulation

Whether AI is truly mainstream remains a matter of interpretation, however. Its advocates, such as Westerheide, are certainly intent on its getting there. He does, after all, have a vested interest as the head of an investment firm, specialized in the field. But he and other speakers seemed positively angry at the slow progress so far.

The conference circuit is mainstream

It's clear that if you want to make money with AI, you've got to get on the AI and robotics speakers' circuit. Rise of AI is only one of four German AI events in these final months of 2020.

Concurrent to Rise of AI, you've got ML Munich (November 16-18), where ML = machine learning. Next week, you've got a TRUSTinAI conference in Kaiserslautern (November 26). And on December 10, there's the European AI Forum in Berlin.

Take your pick. Topics, if not the speakers, will overlap from one to the other, most notably, mainstream issues like trust and ethics in AI. 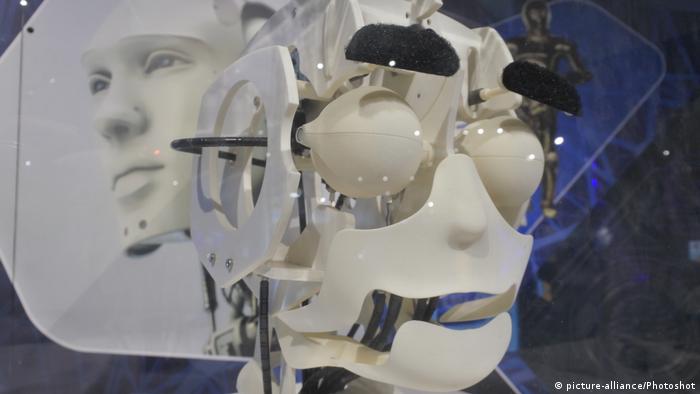 Opportunity and challenge: Getting a better mix of human and machine intelligence in AI

But it's on the circuit that you're likely to make the connections you'll need to learn how to move AI systems into the real mainstream. There's a push to take AI from purely software-based, data-driven, decision-making machines in industry, like cliché "black boxes" behind the scenes, and "scale" them up to tangible applications that affect people's lives in the physical world.

That could be applications involving the Internet of Things — appliances in your kitchen communicating with online retailers and manufacturers running diagnostics —  or in health care, agriculture, climate and resource management, down to apps on your phone that let you book a human to find your AI-powered autonomous car and wash it while you're out to lunch — or, indeed, at a virtual conference on AI.

Beyond that, there's AI in the physical, military world. But that's a topic that even the European Commission's white paper "On Artificial Intelligence — A European approach to excellence and trust" — won't touch. 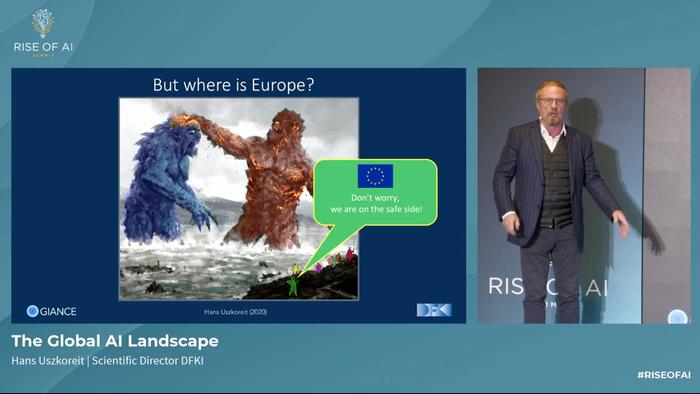 Europe and the rest of the world

Hans Uszkoreit, a professor and scientific director at the German Research Center for Artificial Intelligence (DFKI), says Germany and Europe lag behind the USA and China in AI-based internet services, consumer electronics, and the financial sector.

It's unclear who's leading in public transport and the automotive sectors. But we're ahead in manufacturing, what Germany calls Industry 4.0, and enterprise AI — a means of combining human and machine intelligence.

So, that would present both gaps in the market and ready-made opportunities for anyone wanting to make it big in AI.

Without wanting to get too technical, AI is moving away from simple pattern recognition towards systems that can respond to real-world events and causes, mixing what's called "implicit" and "explicit" knowledge to arrive at specific solutions to specific problems, rather than standardized solutions. 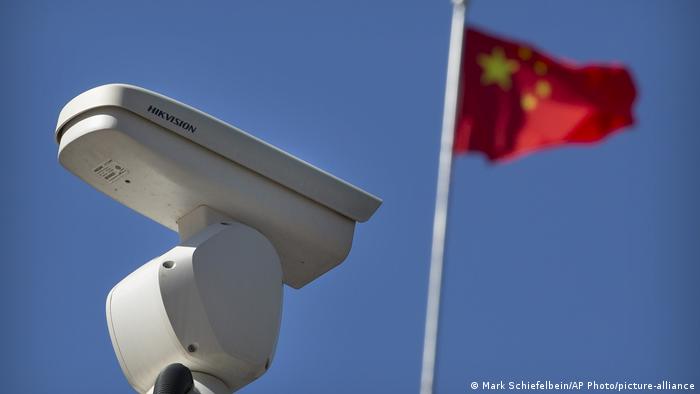 Uszkoreit says digitalization runs so deep in China, you can't imagine it, but people have embraced things like the Chinese coronavirus tracing app

"One of the challenges of AI now is how to amplify human intelligence," said Uszkoreit in his session on the Global AI Landscape, "and, using language technology [Ed.: such as semantic search and natural language processing (NLP)] and visualization to bridge the [gap] between machines and decision-makers."

So, if you're looking for a way to truly make money with AI, and you're willing to take Uszkoreit's word for it, you may want to look into developing some of the following:

But all that's way too deep for the purposes of this article.

Whatever you do, you may want to do it in the USA or China, the latter being a country that Westerheide says is "hungrier" than Europe. Uszkoreit, who has lived in China, says the Chinese even "like" their country's coronavirus tracing app —"they feel safer for it."

Europe, meanwhile, will either tie you up knots, he says, or refuse to collect a lot of useful data on the grounds of "outdated" data protection and privacy ideals.

Robot Colleagues – The future of the workplace

Uszkoreit says we have a "Teutonic fear" of AI. It's either too good and will steal our jobs, or not good enough for critical tasks, or evil and will turn against us. We're obsessed with regulation and an "arrogance" that wants to teach the rest of the world what is ethical and trustworthy, he says. We should, says Uszkoreit, focus more on protecting people and saving lives, than protecting and saving their data.

"I am extremely pessimistic," says Uszkoreit, "instead of building fantastic AI applications for our citizens, European AI is asked to start with rules, constraints and standards. We block most kinds of human-centered AI."

Germany's Federal Government Commissioner for Digital Affairs, Dorothee Bär, followed Uszkoreit and Westerheide at Rise of AI, but seemed unable to veer from her carefully worded script. So, there was no direct response. 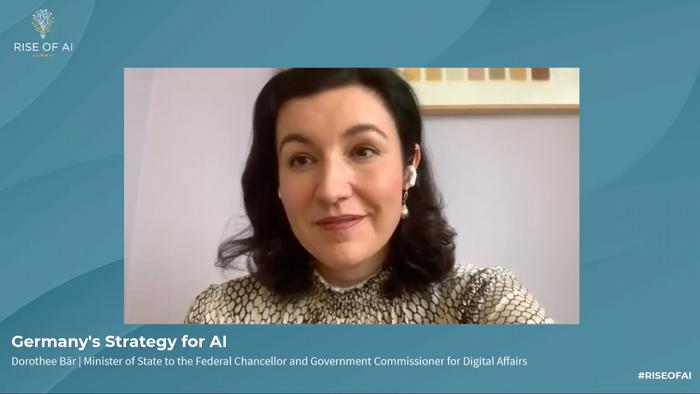 DW did, however, ask Bär whether Westerheide was right to say the future of AI in Europe would be highly regulated, "painful and less sexy" now that politics had caught on.

"Yes," said Bär, "sometimes I feel the same way. But I really hope we can see the advantages and get away from the fear we have in Germany, which is more than in other countries."

Make money or "you're screwed"

Bär says Germany is in a good position to innovate and build an AI society with humans controlling its use. But for that, Germany will need to attract more international talent, she says, "The catchword is technological sovereignty. If you look to the USA and China, you see the lights of passing speedboats. But we should work on our vision of AI made in Europe." 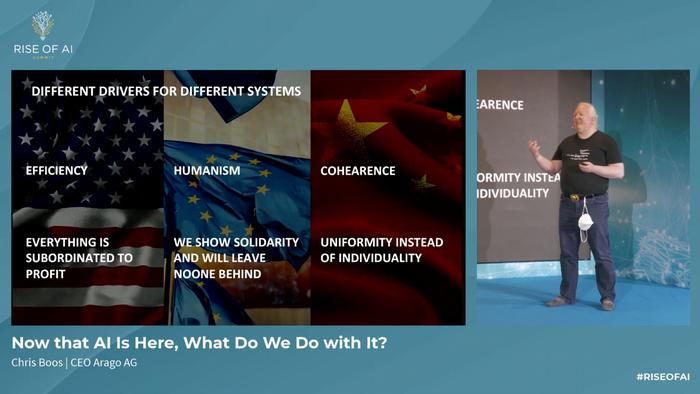 Boos says "do or die." But be human. Or worse, lose out to China and the USA?

As with most technological shifts in society, timing is everything.

Chris Boos, CEO of a German AI company called Arago, says 80% of what we do today, apart from language and risky innovation, can be done by machines. That's a fact, he says. But whenever he convinces industry heads of that, their reaction is: "Okay, let's make a 20-year-plan."

"And I just don't get it," said Boos. "A lot of people have been trying to slow this down, worrying about machines taking over, but that's not the problem. The problem is that this is happening very quickly and whoever makes it happen, will have a huge economic benefit, and if you don't make it happen, you are simply screwed."

Robots in the medical field