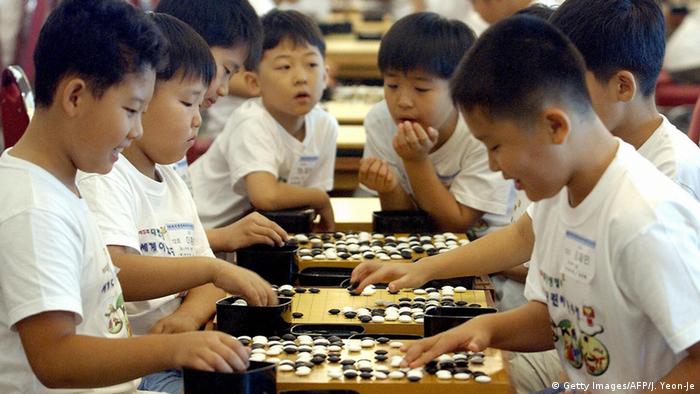 The first thing you have to ask yourself is why we humans feel the need to pit ourselves against computers. Strategic games such as Go or chess - they're games we can all play but which, at the highest level, demand serious brain power as well as intuition and deep intelligence.

Is this really the final frontier between human and artificial intelligence (AI)? Or is it sadomasochism? Or is it merely the means by which large technology firms exhibit their prowess?

"As players, I think we've got past that stage of worrying about playing against computers," says Jon Diamond, president of the British Go Association and a former computer programmer who wrote a Go playing program back in 1972.

"The issue is that these are theoretically very simple things that people can do relatively easily, but computers have been unable to do," Diamond told DW. "And so it's always been a challenge for the computer scientists to get inside the brains of people who are playing and simulate what's happening."

Go (also known as baduk, Igo, or Weiqi) is an abstract, ancient Chinese board game invented more than 2,500 years ago. That's about a thousand years before chess was invented. 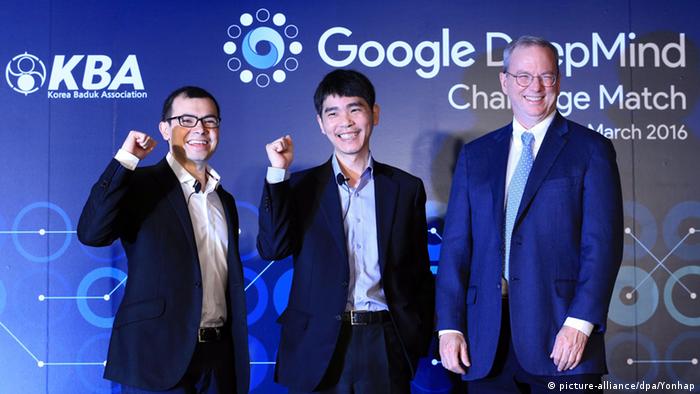 And yet it was with chess that computers, running on artificial intelligence, had their first successes against humans. Perhaps that's because chess is a somewhat easier game.

One of the most famous cases is that of IBM's chess-playing supercomputer, Deep Blue. During a series of 12 games in 1996 and 1997, Deep Blue became the first computer to beat a reigning world champion, Garry Kasparov. He must have felt gutted (he disputed the win, claiming human intervention). And IBM, who denied cheating, must have felt like the king on steroids.

Now it's Google's turn. The company's DeepMind project has developed a computer program that's so powerful and intelligent that it is teaching itself. That's AlphaGo. 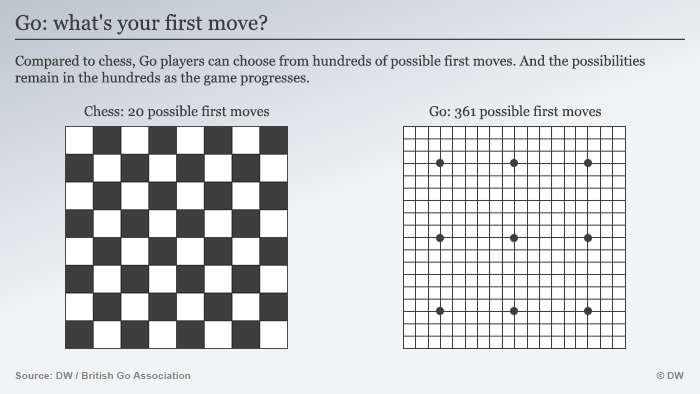 Demis Hassabis, who heads DeepMind, has likened Go to the next frontier in game research for artificial intelligence.

"It's been the grand challenge, or holy grail if you like, of AI since Deep Blue beat Kasparov at chess," says Hassabis. "It's a very beautiful game with extremely simple rules that lead to profound complexity."

AlphaGo has been busy playing and - crucially - teaching itself how to play the game. And it's getting better and better. But Hassabis says AlphaGo needs millions of games more practice, many more than a human player would need.

Jon Diamond says AlphaGo is already at the highest level of any such program - but was reluctant to predict its beating Lee Se-dol.

"If it's not there now, it will be there very soon," says Diamond. "And it's clear that it's five to 10 years earlier than people were expecting a year ago."

Hassabis and his co-researchers highlight the advances we've made in AI since Deep Blue beat Kasparov. 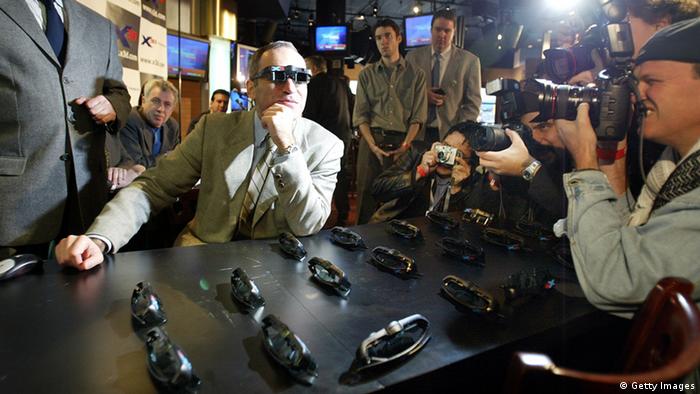 AlphaGo uses so-called tree search, a method of structuring and checking data, and "deep neural networks that are trained by a novel combination of supervised and reinforcement learning," write the researchers in an article published in "Nature."

In its match against Fan Hui, AlphaGo calculated far fewer positions than Deep Blue did against Kasparov - thousands fewer. It compensated for this by "selecting those positions more intelligently," ultimately playing "closer to how humans play."

"One is based upon learning from existing games. And they took hundreds of thousands of existing games available on the Internet, and learned from that which moves are likely to be played by the top players," says Diamond.

But what about the intangible things - the human, bodily behavior? Especially with AlphaGo basing each of its moves on statistical probabilities? Lee Se-dol has said he often picks up on things such as his opponent's breathing. Can AlphaGo do that? 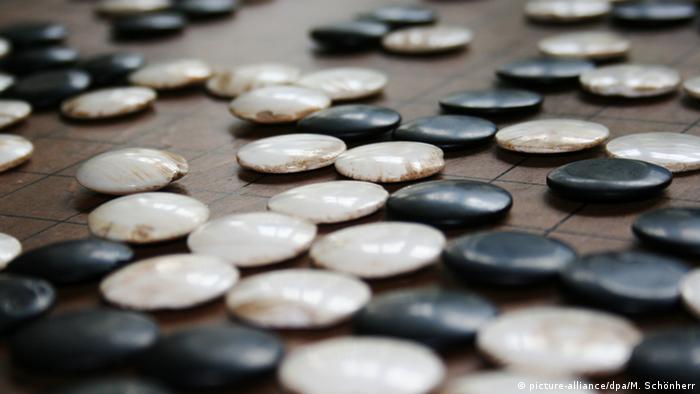 Victory for AlphaGo may be just a stone's throw away

"Picking up on the psychological aspects of things is, I guess, one of the reasons that poker is still a seriously outstanding problem for computer game players," says Diamond. "That may be the last one that gets solved, because you need to work out whether [people] are telling the truth or not."

In chess and Go, by comparison, you have "perfect information" on the board, showing you exactly the state of play.

"Lee Se-dol has talked about doing things relating to the psychological state of what he thought about his opponent," says Diamond, "but I'm not sure how much I really believe that."

So AlphaGo may not need to worry about Lee's state of mind either. After all, it's got its own mind. And if that's the case, it's in with a fairly good chance of beating the world champion.

The question is whether artificial intelligence, the stuff powering AlphaGo, will go onto beat the rest of humanity. With computers behaving and learning more and more like humans, will we learn to harness that power or will it harness us?

In a stunning feat that shocked its creators, a computer program has masterfully claimed a victory at the complex game Go against a human. DeepMind's chief executive said the program's strong victory was not expected. (27.01.2016)

The Cambridge professor said that humans had to be "careful" for the next 100 years to ensure survival. His statement follows a 2015 warning on the risk of using artificial intelligence in conflicts. (19.01.2016)

The Facebook founder has revealed his new personal challenge for 2016. He says he wants an artificially intelligent butler reminiscent of Jarvis in the film "Iron Man" to run his house and help him with his work. (04.01.2016)