How the ′Germans′ are changing the largest Roma enclave in Europe | Europe | News and current affairs from around the continent | DW | 08.04.2018

How the 'Germans' are changing the largest Roma enclave in Europe

The thousands of Roma from Bulgaria's Stolipinovo enclave who commute to Germany to earn an income are referred to as "the Germans." During the summer they return – and are slowly changing the area. 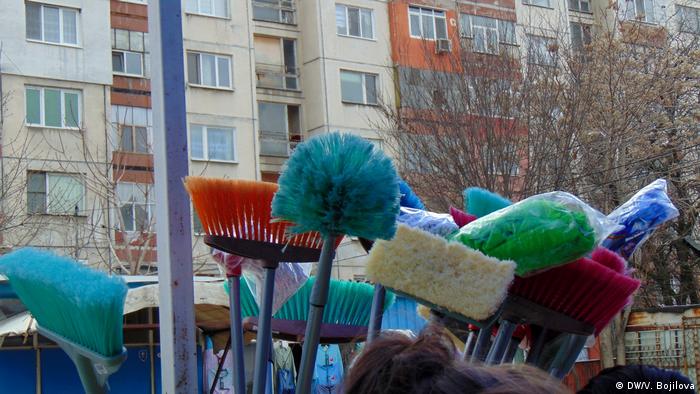 "There was good work to be had in Germany last year: Demolition work — by hand, not with explosives. As soon as a participating Turkish construction company had a job opening they placed a call to Stolipinovo. And one of our guys was on the road the next morning," says Gulce, from the Roma enclave of Stolipinovo in the Bulgarian city of Plovdiv. Most of her relatives and a number of her neighbors are already in Germany.

"They all do pretty well, they have work and apartments. A few families were on welfare but they have work now." Most of Stolipinovo's Romani travel to Dortmund or Cologne, says Gulce. Stolipinovo, Europe's largest Roma enclave, was started as a "Roma village" near Plovdiv in the late nineteenth century. Meanwhile, Plovdiv has grown and Stolipinovo is in the heart of it.

The enclave saw a population explosion in the early 1990s, after a leading politician promised free electricity for inhabitants during an election campaign. As a result, Roma from across Bulgaria flooded into Stolipinovo. Today, it is hard to say just how many people are here. It is estimated that somewhere between 30,000 and 40,000 Roma live in Stolipinovo.

The enclave is a typical example of improvised housing. Kiosks and shanties pop up all over the place on a daily basis — without blueprints or building permits. Local administrators regularly have them torn down but a week later they are back. Two years ago, a dozen illegal buildings were torn down in response to complaints lodged by neighbors. The unusual thing was that those complaints came from other Roma who earned good money in Dortmund and lived in nice houses on the same street. One refers to those neighbors as "the Germans." 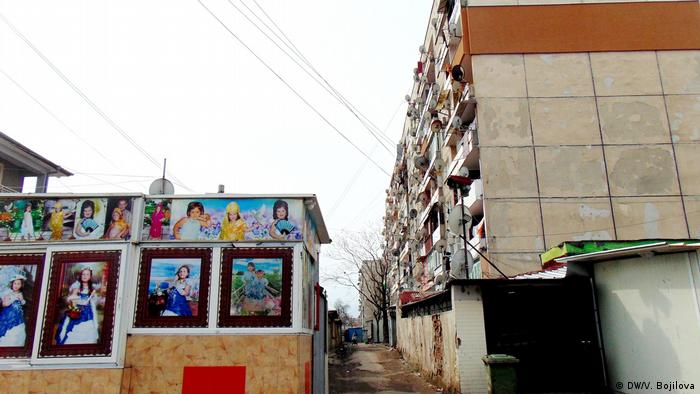 Stolipinovo was founded in the 19th century as a Roma village

'They have different habits'

"One recognizes them right away when they come home for the summer. In the enclave, I walk around in my slippers and that is fine with me. But they dress well, they have real shoes. And they are clean," says Gulce. "They don't show off, they just have different habits. That made me change the way I go out. I try to dress better."

Last year, a group of visitors from Dortmund came to Stolipinovo. They were mainly city representatives as well as members of non-governmental organizations (NGOs) that assist Bulgarian Roma laborers in Germany. The contingent was in Stolipinovo to explain to residents that one cannot get a work permit in Germany overnight and that one also has to fulfill certain requirements. First, one has to complete a German language course, then one has to undergo training and get the necessary paperwork taken care of. Only then can one find legal work, said the Dortmund representatives. There were long faces in the crowd, a little bit of giggling and some bewilderment, too, but all told, the message seems to have gotten across.

Within one year, some 300 Roma fulfilled those requirements and found legal work in Dortmund. And those are the ones who return to Stolipinovo during the summer. When they return, they bring a new mentality with them. They remain, however, a minority. Of the thousands of Roma who annually commute to Dortmund and Cologne looking for work, few have the patience or tenacity to clear all the bureaucratic hurdles. 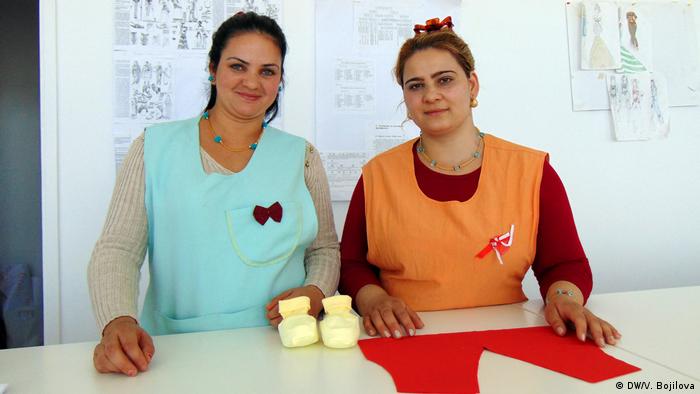 A 'German' opportunity in Stolipinovo

"I traveled to Dortmund with my husband and kids. But we couldn't stick it out for more than four months. We didn't have papers and my husband's aunt wanted €150 ($185) a month for a room that we rented from her. We couldn't come up with the money. How could we? We didn't have work," says Nigiar. Her family returned to Stolipinovo, but many others stayed because they eventually found work. Most of them got work in restaurants or on building sites, working — often illegally — for Turkish companies.

Recently, the Dortmund Rotary Club and Bulgarian NGOs founded a sewing shop in Plovdiv. Unemployed women from Stolipinovo can undertake six months of training there and when they have successfully completed that training they are given employment in the shop. Twenty women applied for the training program. The only problem is that the shop has just eight sewing machines.

A number of new houses have been built in Stolipinovo since Bulgarians were afforded freedom of movement within the EU in 2014. Most of the houses were built illegally. But many of the "Germans" have begun buying apartments in prefabricated buildings on the edges of Stolipinovo. The buildings are generally inhabited by non-Roma residents.

But living here allows the "Germans" to stay close to their community when they return home for the summer. Here they can live legally and in a more "civilized" manner. And the apartments are affordable: One can buy a 60 square meter (650 square foot) apartment for about €25,000. And the area around the apartment blocks is clean. There is no garbage on the streets and that is something that impresses the residents of Stolipinovo. Meanwhile, many are trying to follow the example. 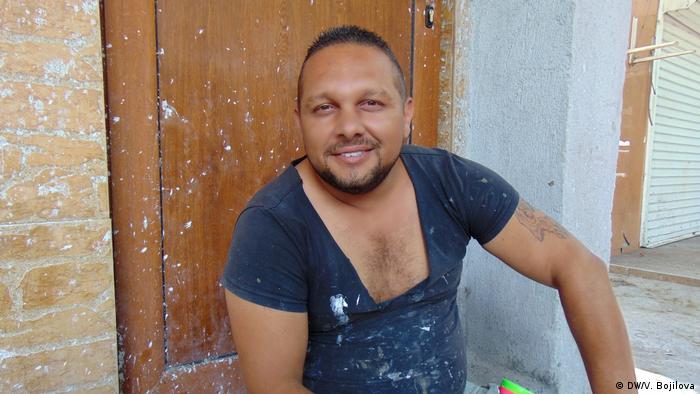 Sasho has returned to Stolipinovo from Germany

'In Turkey they beat us, in Germany they help'

"We are waiting for the 'Germans,' business is good when they are around," says Gulce, who runs a small shop that sells household goods. A friendly young man in the shop adds that one can tell the "Germans" from the locals by their purchasing power, their homes and their clothes.

Sasho also tried his luck in Germany but in the end he came back to Stolipinovo. "Our kinds can't even speak good Bulgarian after they finish school here and in Germany they learn the language within three months," he sighs. One reason for that is the fact that many in Stolipinovo don't see themselves as Bulgarian Roma but rather as Turkish Roma. "Then wouldn't it make sense to look for work in Turkey, where you can speak the language?" I ask. Sasha just laughs: "Oh no! In Turkey they beat our people. In Germany they help us."

Stolipinovo is slowly transforming. Although it will be a long process, the first signs are discernible. "You know sister, in Germany the police penalize you for spitting the hulls of your sunflower seeds on the street," Nigiar tells me as she talks about garbage on the streets. Garbage cans and dumpsters are scarce in Stolipinovo, municipal administrators are not very concerned about the issue. So Gulce has set up two black garbage bags in front of her shop to help keep the street clean. That is something she saw when she visited her uncle in Dortmund.

How Lithuania is freeing itself from Russian energy 10.05.2022

A new pipeline is connecting the Baltic states with Poland, ergo with the entire European gas network. For Poland, it's been a lifesaver. For Lithuania, it's just one part of a much larger scheme.