How safe is Germany for LGBTQ travelers?

Berlin travel guide Spartacus reports that Germany has lost a lot of its attractiveness as a destination for gays and lesbians. The reason is increasing violence against homosexuals. But not everyone shares this view.

In the spring, editors of the Berlin gay travel guide Spartacus sounded the alarm. In the the latest Gay Travel Index (GTI) ranking Germany had fallen sharply from third place to 23rd. The reason, Leander Milbrecht of Spartacus told DW, was the "increase in reported crimes against and assaults on lesbians, gays, bisexuals, transgender and queer (LGBTQ) persons."

He pointed out that in 2018 in Berlin alone the police counted 225 crimes against queer people, 54 more than in 2017. "Queer" is the term used to describe people who deviate from heteronormativity.

The Berlin gay anti-violence project Maneo registered 382 attacks on queer people in 2018, 58 more than in the previous year. Milbrecht asserts that, according to figures from the government, similar tendencies can be observed throughout Germany. Additionally, experts assume a high number of unreported cases of people who do not report this type of attack. 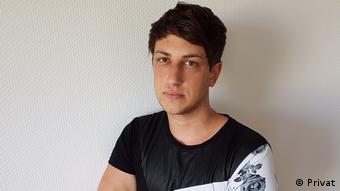 Leander Milbrecht from the editorial team of "Spartacus" Berlin

The editorial team of Spartacus, a renowned provider of travel guides for gay men, compiles the GTI for 197 countries and regions each year using a range of criteria: Are there any threats of persecution, the death penalty or violent attacks? Is there state-sanctioned discrimination, such as travel restrictions for HIV-positive people or are Pride parades banned? And what about civil rights? This also includes marriage equality, which became legal in Germany in 2017.

In the eyes of the international community, Germany has been seen a liberal and tolerant country. And Berlin as a desirable destination for persecuted lesbians, gays, bisexuals, transgenders and queers fleeing their homelands. Could all this have changed so dramatically? Should a travel warning be issued, especially now that the Christopher Street Day (CSD) parades are being celebrated everywhere in Germany's cities with many LGBTQ tourists attending?

Jan Noll, editor-in-chief of the queer Berlin city magazine "Siegessäule" (Victory Column), urged caution in an interview with DW. "I wouldn't say that homophobic attacks in Germany have taken on an extent that would discourage queer people from travelling here," he said. 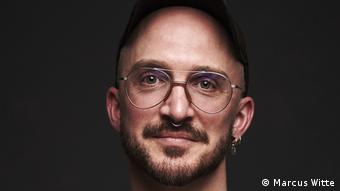 Noll, like other experts, assumes that the increase in the numbers is also due to the increased willingness of victims to report the attacks.

David Staeglich-Büge, a board member at the Berlin CSD, which is celebrated with a parade this weekend, sees it similarly. He would be happy of course if Germany occupied top spot in the safety category, he told DW.

But for Berlin nothing has changed: "The sense of security within the Berlin community is still very strong". Nevertheless, there is "increasing uncertainty" within the community, said Staeglich.

For him, however, it derives more from the political sphere: "The threat from the right is seen to be greater than the threat from hate crime," he said. According to the organizers, all of this has no effect on this year's Berlin CSD celebrations, the largest and most international in Germany.

No impact on CSD

On the contrary: The 50th anniversary year of the New York Stonewall uprising of gay men against arbitrary police action is expected to see even more participants from all over the world than usual in the German capital. Obviously, they are not discouraged by reports of increasing violence against the LGBTQ community.

Nevertheless, the fact that Germany has not reacted to the rise in the number of reported attacks with an action plan has, in the view of "Spartacus," had a further negative effect on the ranking in the GTI. "French President Emmanuel Macron reacted to a similar increase," said Leander Milbrecht. In Germany, on the other hand, only states like Berlin have adopted action plans. At the federal level, no comparable initiative has yet been planned.

"Spartacus" sees the third big minus point for Germany as a travel destination in the lack of modern legislation for transgenders and queers. The law on the third option, which came into force in December 2018 and allows the gender specification "divers" in addition to male and female for the first time, has been sharply criticized by the LGBTQ community. According to Jan Noll, the editor-in-chief of the "Siegessäule" (Victory Column) magazine, it is still "sometimes incredibly difficult especially for trans* people to change their marital status".

Read more: Can companies be an ally in the fight for LGBTI equality? 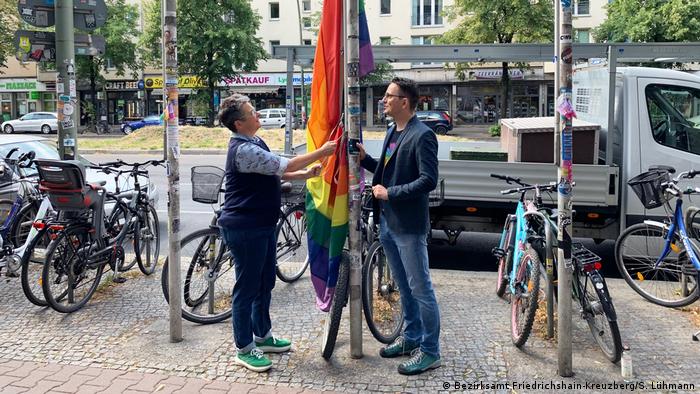 Inequality in the eyes of the law

The reason, according to Noll, is sloppiness in the wording of the law. From the point of view of the LGBTQ community, the result is a statutory discrimination against transgender people. Because whether the law applies only to inter-sexual persons or also to trans* persons, is currently regulated differently by authorities in Germany.

Whether this legal uncertainty was pivotal for a travel ranking is, however, a matter of opinion. Even experts from the LGBTQ community such as Jan Noll have criticized Spartacus: "The criteria to which Spartacus refers here are political criteria that do not manifest themselves on the street. These are not criteria upon which travel plans are tied."

And most people don't. The German National Tourist Board considers international "LGBTQ tourism" to be an important market sector. According to its estimates, which were made available to DW, three percent of all journeys to Germany, a total of 1.2 million a year, are attributed to this sector. And in Berlin it is even estimated to account for every 6th hotel booking.

Enough incentive then to quickly regain a place at the top of the GTI's travel ranking, if possible first place. Three countries currently share this position: Canada, Sweden and Portugal.

Berlin attracts gays, lesbians, bisexuals, transsexuals and intersexuals from around the world. Even refugees come to the capital for this reason. But they don't always feel safe there, says columnist Gero Schliess. (06.08.2017)

On July 27, Berlin will again colorfully and loudly celebrate Christopher Street Day. The city however is a haven for the LGBTQ community all year round. Here are some Berlin tips for queer tourists. (26.07.2019)

Official page of the Christopher Street Day parade in Berlin

The world's largest beer festival got cancelled twice during the pandemic, but this year it's back! You think you know what it's all about? Test your knowledge with these five questions.