How parents in Germany rate all-day schools | Germany| News and in-depth reporting from Berlin and beyond | DW | 19.09.2016

Unlike most other European countries, Germany still has a large number of part-time primary and secondary schools. But a study finds that German parents are actually happier with all-day schools. 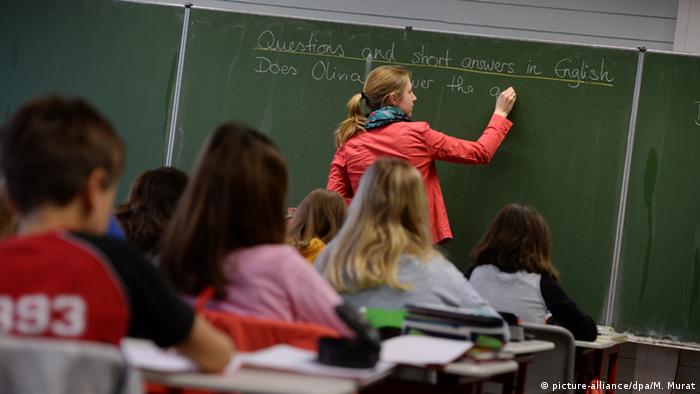 Come home for lunch, or stay at school throughout the afternoon - how long should the school day be? In most European states, that's not even an issue.

At least in the West, Germany was long an exception. While full-day school care was the norm in communist East Germany, the school day for West German children ended around noon.

The first few full-day schools opened in Kassel and Frankfurt in 1958. Today, Germany has more than 16,000 all-day schools.

According to a new survey published on Monday by the Bertelsmann Foundation, the share of students at all-day schools was about 10 percent in 2002 - but by the 2014/15 school year, the figure nationwide had more than tripled to almost 38 percent, and the number of schools registered as full-time is up to almost 60 percent.

The parents of all-day students are more often satisfied with the school and the class their child is attending than the parents of part-time students, the survey entitled "How Parents View All-Day Schools: Expectations, experiences, demands for changes" finds. Parents of students attending all-day schools are happy with the contents and volume of what their children are learning; they feel the teaching staff is competent and refer to the schools as being well-equipped.

"We're pleased at the outcome of the study because the Bertelsmann Stiftung is convinced that all-day schools play an important role in fostering equal opportunities for children," project manager Nicole Hollenbach-Biele told DW.

On behalf of the Gütersloh-based foundation, Infratest dimap pollsters interviewed more than 4,300 parents of 6 to 16-year-old students in Germany in February 2015. 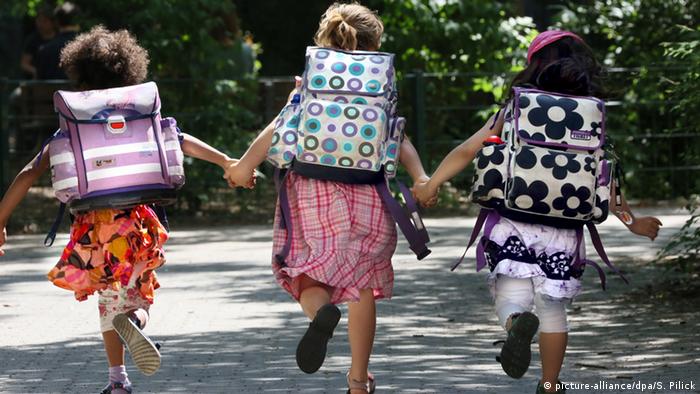 School's out, time to go home

An all-day school as defined by the body that coordinates education in Germany - the Standing Conference of Ministers of Education and Cultural Affairs (KMK) - offers seven teaching periods on at least three days per week in primary and secondary schools, including lunch.

Half-day schools are still more prevalent in rural regions with more traditional family structures, Hollenbach-Biele says. But often, families in rural areas also simply don't have a choice: 32 percent of respondents whose children visited part-time schools said there was no all-day school nearby. One out of three parents whose children visit a part-day school said they would decide differently if they could choose again.

The survey finds that all-day learning has become part of everyday life for most children. Half of the respondents say their children attend voluntary or compulsory afternoon school programs.

It's high time nationwide quality standards were introduced for that very reason, the foundation says - standards vary greatly. With an eye on rising demand, "parents should be legally entitled to send their child to an all-day school," Hollenbach-Biele argues.

Despite the many positive assessements given by parents in the study, however, they see room for improvement in schools, too, calling for more opportunities for individual advancement of students, more staff and a more effective flow of communication from the school to the parents.

Hundreds of thousands of children in Turkey are starting the school year without teachers following post-coup purges and conflict. A major teachers union has warned of chaos and uncertainty. (19.09.2016)

By mid-century, 80 percent of students in developed countries like Japan and Korea will have access to higher education. But fewer than 5 percent of children in the world's poorest countries will have such opportunities. (19.09.2016)

German education gets an A on OECD report card

A new report from the Organization for Economic Co-operation and Development shows Germany goes further while spending less. More and more students in Germany are attending university, the group added. (15.09.2016)