How Germany violates conventions on disability rights | Germany | News and in-depth reporting from Berlin and beyond | DW | 17.03.2021

Germany's sheltered workshops for people with disabilities exist in breach of a UN treaty. Now the European Parliament has voted to phase them out — but Germany's 3,000 workshops may not be going anywhere. 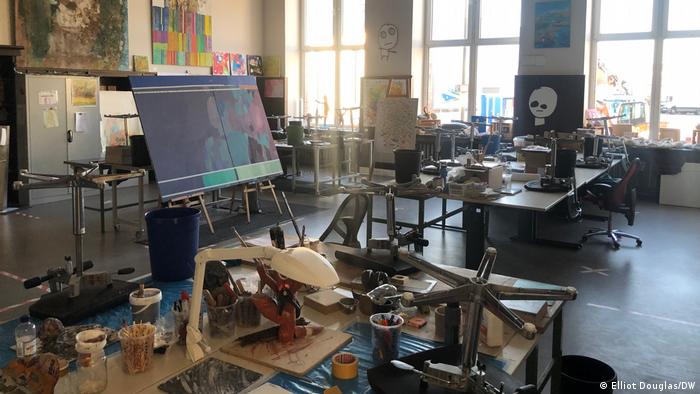 It is a bright sunny day at the Westhafen canal, an industrial area of Berlin where factories and cranes tower above from all sides. It is the end of the workday at one seven-story concrete building. Employees wearing masks are streaming out, being helped aboard minibuses by staff members in high-visibility jackets or heading to the nearby train station.

This is a sheltered workshop, where all employees have some form of mental or physical disability.

These workshops have existed in Germany in some form for over 50 years. But this month the European Union adopted a new disability strategy — which calls for the end of the workshops. 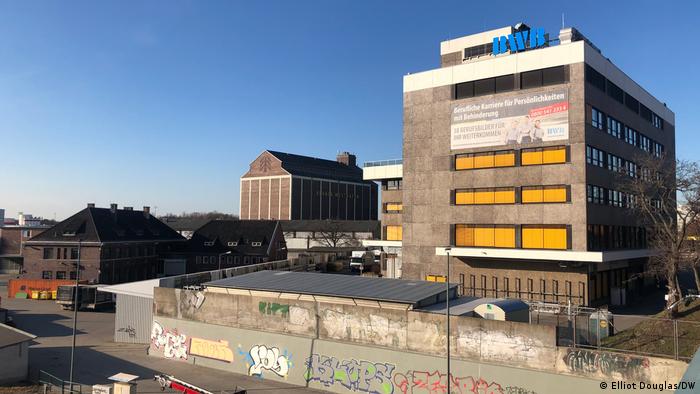 More than a workplace

"A whole spectrum of people work here, from those with learning difficulties to people with serious physical disabilities," managing director Dirk Gerstle said, sitting in a spacious, sunbathed room by the canal that serves as the facility's art workshop.

The employees take on a wide range of tasks, from artisanal labor to metal- and woodwork, packaging confectionery and administrative tasks tailored to their experience and ability.

Built into the mandate of the workshop is a responsibility for the care and rehabilitation of the employees, Gerstle said. The social aspect of their daily life, as well as psychological and physical support, is just as important as the work that they do. Gerstle described the employees as a "community."

Article 27 of the UN Convention on the Rights of Persons with Disabilities, which was ratified by Germany in 2008. requires signatories to "promote the acquisition by persons with disabilities of work experience in the open labor market."

By not banning workshops, "EU member states are still failing to meet their obligations," Katrin Langensiepen, a German Green and a member of the European Parliament who helped sculpt the bloc's new disability strategy, told DW in a statement.

Langensiepen, who is the first woman with a visible disability to be elected to the European Parliament, is the author of a report that calls for the phasing out of sheltered workshops. Her report, approved by a large majority in Strasbourg last week, demands that EU member states "ensure that sheltered workshops should be limited to an option for a temporary period for people with disabilities in their working life cycle [and] speed up deinstitutionalization." 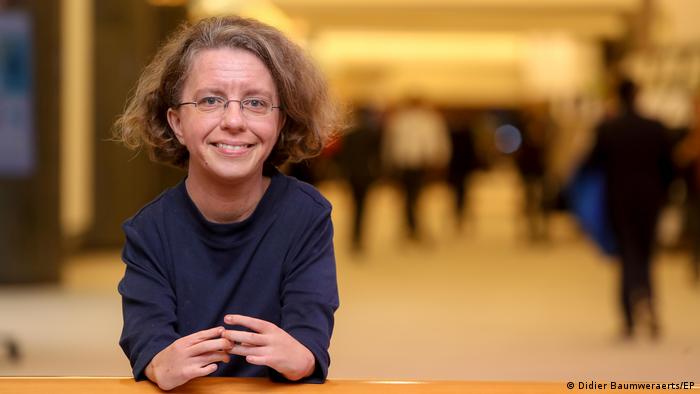 Not a 'temporary period' for most

Under Germany's current model, the primary purpose of sheltered workshops is to integrate people with disabilities into other jobs. But in fact fewer than 1% or people manage this transition. In a typical year at the BWB, Gerstle said, 10 employees might move to other jobs, or about 0.6% of his workforce.

One obstacle is the fact that the workshops have to operate as for-profit businesses. This means that in order to pay employees and exist under the legal framework, there are economic targets that have to be met.

Langensiepen said this meant that "workshops do not have an interest in letting the best workers move on." The most productive employees in the workshops may well be those who are best-prepared for integration into the primary labor market, but they are also those often the people whose labor the workshops might miss the most.

Gerstle said some staff members — "but not a majority" — were motivated by this businesslike approach. He has seen instances when people focused on profits did not encourage employees to spread their wings and leave the workshop for better-paying employment.

A boss with a disability

The other hefty critique aimed at the current system is how little the employees earn. Anne Gersdorff, who works for the disability rights NGO Sozialhelden (Social Heroes) described their income as "pocket money."

The income varies between workshops, but is typically about €1 ($1.20) per hour — well below the German legal minimum wage, which is currently €9.35 per hour.

The German federal working group for workshops has called for a rise to this hourly wage, but also wrote in a statement to DW that comparisons with the minimum wage are not clear-cut.

"This income is supplemented by a publicly financed work promotion allowance. Work in workshops is not directly comparable with full-time employment, as the workshop provides other services such as occupational and physical therapy, speech therapy, and sports and cultural activities, which employees can also take advantage of during working hours," according to the working group.

"In addition, people with disabilities who have no other income apart from workshop pay receive state assistance for living expenses — e.g.. subsidies for rent payments, care services, pension for reduced earning capacity and basic income support," the statement said.

Gersdorff and other campaigners say this misses the point: People with disabilities should have the option to earn a wage on par with other workers and not be forced to rely on sheltered workshops.

"People with disabilities who want to follow individual inclusive paths have bureaucratic obstacles in their way if they try their luck in the open labor market," she said at a press conference.

A matter of choice

Despite the UN convention and the new EU strategy, German policy has not changed: According to the government, workshops should remain one of several avenues for employing people with disabilities. Investment into other options has been made under a participation law that came into effect in 2018 and will continue to be introduced in phases through 2023. New "budgets" for jobs and apprenticeships aim to improve opportunities for people with disabilities to enter the open labor market.

Langensiepen said sheltered workshops could be a good option for some workers — but not in their current form.

"If some people who are employed at the workshops are happy there and want to stay in that community, then that should be made possible, but they should actually be employed as a part of the workforce," she said.

This article has been edited for clarity.

While you're here: DW has a new newsletter: Every week editors round-up for you what is happening in German politics and society, with an eye toward understanding this year's elections and beyond. Sign up here for the weekly email newsletter Berlin Briefing, to stay on top of developments as Germany enters the post-Merkel era.

Wheelchair basketball: How disabled do you have to be?

Germany's wheelchair basketball star Barbara Gross is no longer allowed to play for her country. Under new criteria established by authorities, Gross' handicap is no longer sufficient. The decision has caused outrage.