How free is Pakistan-administered Kashmir?

Polling has begun in Pakistan-administered Kashmir with violence on the Indian side dominating the political discourse. In a DW interview, Arif Jamal points to a lack of political freedom in Pakistani Kashmir. 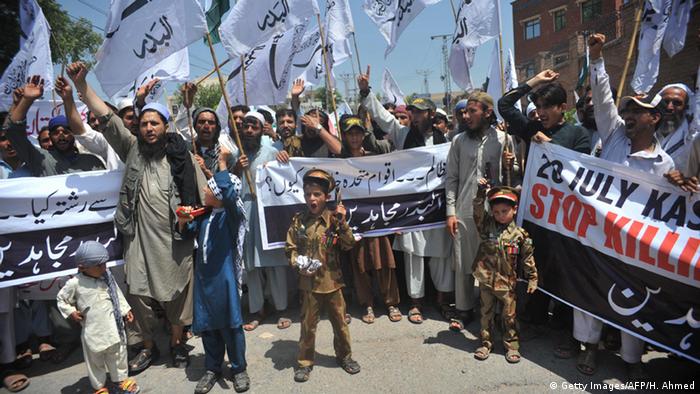 Pakistani authorities often boast of greater political freedom in their portion of Kashmir than the part controlled by India.

Indian-administered Kashmir has been in the grip of violence for the past few weeks, with the Indian government vowing to take tougher action against separatists in the state.

At least 45 people have died in the valley since the death of Burhan Wani, the young leader of Kashmir's largest rebel group, Hizbul Mujahideen, which has been fighting since the 1990s against Indian rule.

India accuses Pakistan of training and arming the rebels in the portion it controls and sending them over to the Indian side, a claim its neighbor denies. The nuclear-armed neighbors have fought two of their three wars since independence in 1947 over Kashmir, which they both claim in full but rule in part.

The volatile situation in Indian Kashmir dominated the electoral campaign for the legislative assembly elections in Pakistan-ruled Kashmir. Pakistan's most prominent politicians, including Bilawal Bhutto of the Pakistan People's Party, and Imran Khan of the Tehreek-e-Insaf (Movement for Justice) party, addressed the public rallies in the run up to the vote. They vehemently criticized the Indian government for its handling of the Kashmir dispute and a lack of political freedom in the valley under its administration. 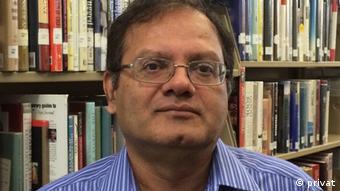 Jamal: 'Pakistan-ruled Kashmir, in reality, is a territory occupied by the Pakistani military'

In an interview with DW, US-based Pakistan and Islamism expert Arif Jamal says it is unfair for Islamabad and Pakistani politicians to criticize New Delhi for not giving the Kashmiri people a political space when it too is controlling its portion of the valley authoritatively. Jamal adds that the human rights violations taking place in Pakistani Kashmir need to be equally condemned.

DW: How free and fair are elections and the electoral process in Pakistan-administered Kashmir?

Arif Jamal: Although Pakistan claims there is an "azad" (free) government in its part of Kashmir, in reality it is pretty much a territory occupied by the Pakistani military. The government in Pakistan-administered Kashmir follows the dictates of Islamabad and the legislative assembly makes laws that are acceptable to the Pakistani authorities.

The Election Commission in "Azad Kashmir" is also comprised of members that are acceptable to the Pakistani officials. At the same time, any political group demanding independence for Pakistani Kashmir is not allowed to take part in elections.

Islamabad continues to interfere in the affairs of Kashmir regardless of the fact that its laws do not apply in the territory. In the early decades after Pakistan's independence in 1947, the South Asian country's political parties were not even allowed to function in Pakistan-administered Kashmir. But this changed in the 1970s when Pakistan's mainstream political organizations were allowed to participate in Kashmir's politics and elections.

Consequently, today, three of the four major political groups in Kashmir are an extension of Pakistan-based parties. Thus, in the election campaign, each party tries to prove that it is more loyal to the Pakistani military and civilian establishment than the other. 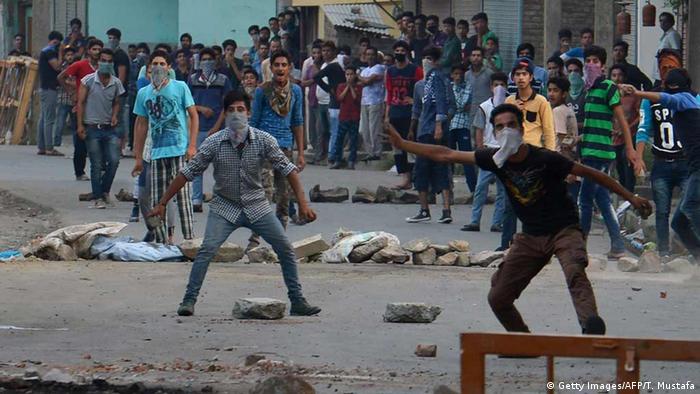 Is it fair for Islamabad to criticize a lack of political freedom in the Indian portion of Kashmir if, according to you, there is a sham political system on its side?

I think people in the Indian part of Kashmir enjoy as much freedom and rights as in the rest of India. The fact that Kashmir is one of the states in the Indian Union proves that the Kashmiri people have constitutional rights in India. Many Kashmiris will agree that they enjoy more rights than non-Kashmiri Indians under the Article 370 of the Indian constitution. That is why right-wing Indian parties are against this freedom and want to scrap this article.

India claims that separatist groups in its Kashmir are receiving support from Pakistan. How do you weigh in on these claims?

India is right to claim that the Kashmiri separatists get support from the Pakistani establishment. Most Kashmiri jihadist groups have their training camps in mainland Pakistan as well as in the Pakistan-ruled Kashmir.

The largest Kashmiri militant group is Hizbul Mujahideen, which is an armed wing of the Pakistan-based Jamaat-i-Islami party. The organization has both Kashmiri and Pakistani mujahideen (jihadists) in its ranks and it operates all over Pakistan under the command of Yusuf Shah, also known as Pir Syed Salahuddin. Other Islamist groups like Jamaat ud-Dawa/Lashkar-e-Taiba are also active in both Pakistan and Kashmir.

In early 1990s, Pakistani military generals cobbled up a political face for jihad in Kashmir and named it the Hurriyat Conference. This organization has offices in the Pakistani city of Rawalpindi, albeit their top leaders are based in Indian Kashmir.

Some analysts claim that the people on the either side of Kashmir want freedom from both India and Pakistan. Then why don't we see a similar movement in the Pakistani part of Kashmir as we witness in the Indian territory?

This claim is not true. From the outset, there has been little support for an independent state in Pakistan-administered Kashmir.

The Jammu and Kashmir Liberation Front (JKLF), which aims to make the erstwhile princely state of Jammu and Kashmir an independent state, was founded in mid-1960s, but the Pakistan army crushed it with full force. However, Islamabad briefly supported the group in the late 1980s to restart a separatist movement but the JKLF again lost Islamabad's favor in the early 1990s. 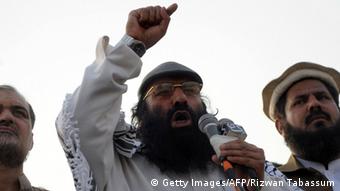 Jamal: 'Hizbul Mujahideen is an armed wing of the Pakistan-based Jamaat-i-Islami party'

The idea of an independent Jammu and Kashmir state is not tolerated by the authorities in Pakistani Kashmir. It is unlawful to rally for an independent Kashmir during election campaigns. Pakistani Kashmiris, however, are unhappy with the political situation and how they are treated by Islamabad. If pro-independence parties such as JKLF get more political space, the demand for freedom from Pakistan could gain momentum.

Can a referendum on both sides solve the Kashmir dispute?

I don't think that a referendum or plebiscite will solve the dispute because there is no political will in Islamabad to resolve the conflict. Pakistan's powerful army wants to keep the dispute alive to justify its huge defense spending.

The issue will only be resolved when a civilian government in Islamabad is able to make decisions on its own, without any interference from the military.