How does the world's second most populous nation speak?

Census authorities have revealed the results of the latest language data in India, taking into account the languages spoken by the nation's over 1.2 billion people. The results showed some interesting findings. 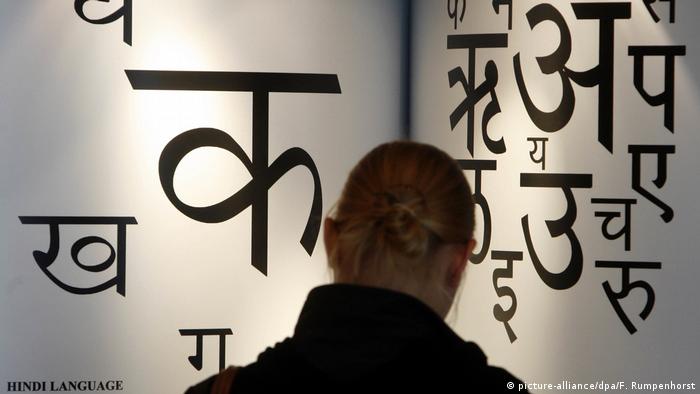 According to the largest language census in India, which took authorities seven years to complete, 19,569 different languages or dialects were described as a "mother tongue" by some 1.21 billion people in the country. Among these languages, only 121 are spoken by at least 10,000 people or more. The census results were released earlier this month.

In contrast to common perception, India does not have a "national language." And as many as 22 languages have been designated as official languages in the South Asian country.

Hindi was identified as the country's most-spoken language with more than 43 percent of the population (more than 528 million people) able to communicate in it. Hindi managed to add 100 million new speakers between 2001 and 2011 — a 25 percent rise. It is the only one among the nation's 10 largest languages to see an upsurge in the latest census.

One of the key factors attributed to Hindi's popularity is a rising population in Hindi-speaking areas — central and northern India — in contrast to southern states that speak other languages.

But Ganesh Devy, a linguist and founder of the Bhasha Trust research organization, is not completely satisfied with the census data.

"The census has subsumed many languages in Hindi. This includes Bhojpuri, which is spoken by more than 50 million people. Bhojpuri is not Hindi; it is a different language," Devy told DW.

"You can't doubt the intelligence of more than 50 million people who say their mother tongue is Bhojpuri, not Hindi," added Devy.

Many Bhojpuri intellectuals and activists have been demanding a separate status for their language.

"Many other languages spoken in the states of Rajasthan, Haryana, Arunachal Pradesh, Chhattisgarh, Himachal Pradesh and Uttarakhand, with millions of speakers, were also categorized as Hindi to inflate the figures," the linguist underlined.

Read more: Why are actors so successful in South Indian politics?

The census shows a sharp decline in the number of speakers of southern Indian languages, except for Kannada, which saw a marginal rise from 3.69 percent to 3.73 percent in the period between 2001 and 2011. The number of Tamil, Telugu and Malayalam speakers has significantly dropped. Telugu has slipped to fourth position and Tamil to fifth from their respective third and fourth positions in the 2001 census.

The data indicate that an increasing number of people from Hindi-speaking regions in the north are migrating to southern states due to increased economic activity there, thus making Hindi more popular in the region.

India introduced major economic reforms in 1991 as the country embarked on a liberalization program, which opened more business avenues in southern India. Prior to that, people from southern India would often go to central and northern states for employment and business activities.

Sanskrit and Urdu, which are associated with Hinduism and Islam respectively, saw contrasting trends between 2001 and 2011. While Sanskrit saw a 75 percent increase in a decade, rising to nearly 25,000 speakers, Urdu became the only Indian language with more than 10 million speakers to witness a decline. This happened in contrast to the rise in the population of Muslims, who generally speak Urdu, during the same period.

Despite the limitations of the census data, Devy said it managed to collect and record invaluable data.

"The language division of the census department should be massively congratulated. It was not an easy task to survey 1.2 billion people. Its success cannot be described in words."

Read more: The most spoken languages worldwide (in millions)