How COVID-19 is endangering sex workers in Africa

In many places in Africa, sex for money is readily available, cheap, risky, and often illegal. For many sex workers, work is often dangerous. The coronavirus makes it even worse. 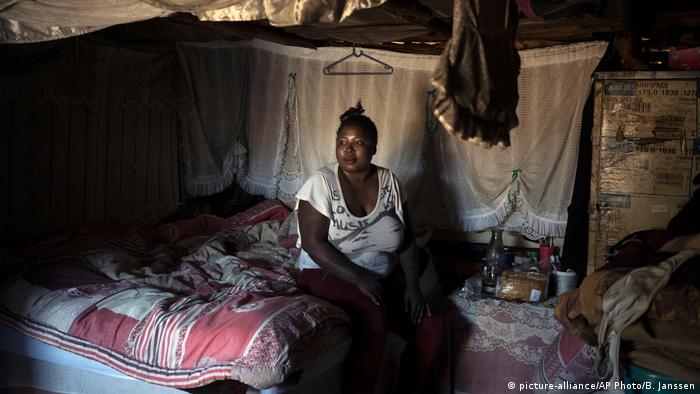 The Senegambia strip in Serekunda is the most famous amusement mile in the Gambia. Bars and nightclubs line up here; many European and American tourists stroll through the coastal metropolis quarter in regular times. Sex workers also earn their money here.

One of them is Hawa (name changed). Like many other young women, she has been working as a sex worker for several years. "If I don't prostitute myself, I have no money to pay my bills, buy clothes and lead a good life," Hawa told DW.

Since Gambia's President Adama Barrow ordered the closure of bars and nightclubs as part of measures to curb COVID-19, sex workers' situation has deteriorated dramatically. Prostitution is widespread in the Gambia but illegal. Most of the estimated 3,100 sex workers in the West African country look for clients on the beach, in bars, and hotels — but they are now closed due to the coronavirus.

Before the lockdown, Hawa earned at least €100 ($118) per night. But now the single mother has difficulties paying her rent and providing for her children.

"Some customers take advantage of the situation to pay less," Hawa said. "They only pay 35 euros." The places where the 28-year-old normally shops are now closed. "I have to stay at home and wait for the customer's call. Either they come to me, or I find a place where I can close the deal," she added.

The Global Network for Sex Work Projects (NSWP) wrote in August that sex workers continue to suffer "loss of income and increasing discrimination, harassment, and violence" due to COVID-19 restrictions.

Besides, government aid packages hardly include sex workers. According to the NSWP study, emergency funds, emergency deliveries, and rent relief exist in Kenya and Nigeria. But sex workers there complain that the funds often do not reach them. A survey of 884 sex workers carried out by the Kenya Sex Workers Alliance (KESWA) also revealed that more than 65% of surveyed do not have access to condoms and HIV medication because of the COVID-19 crisis.

'We are no longer safe' - Kenyan sex worker

Activists like Yusuf Taylor in the Gambia are demanding that the government support sex workers. "COVID-19 and the state of emergency affect everyone," Taylor told DW. "Therefore, all those who are suffering from problems should receive a relief fund to help them get through it."

Alice from the Coast Sex Workers Alliance (COSWA Kenya) has been in the sex business for 15 years. She told DW that sex workers in Kenya could no longer work nights because of curfew and have to receive clients at their homes or go to their homes where they are at their mercy. "We are no longer safe; in recent months, there have been repeated cases of girls being beaten and murdered by clients," Alice said.

A 2012 study by the Open Society Foundation in Kenya, Namibia, South Africa, and Zimbabwe found that police harass sex workers who carry condoms. In some cases, the security officers physically and sexually abuse the sex workers, threaten to arrest them for condom possession as a way of blackmail and exploitation.

"A lot of things are coming from police officers who arrest sex workers and confiscate condoms," says Chloe Turner of the Sex Workers Education and Advocacy Taskforce (SWEAT) in South Africa. Sex work is also illegal there. "They say if you have more than four condoms, you are doing sex work. This robs sex workers of the opportunity to protect themselves sexually," says Turner.

This is also a big problem in Kenya, says Alice. "The police must understand that we are human beings, that we need money to make ends meet, that we are not criminals, that we do not steal from anyone and that it is work just like any other job."

Currently, Senegal is the only country in Africa, where prostitution is legal. The prerequisite is to be over 21 years old and to have monthly examinations. Sex workers can access condoms free of charge.

The success of this scheme is evident in the number of people infected with HIV. According to UN figures, 37% of sex workers in Africa were HIV positive in 2012. In Senegal, the number was only 7%. 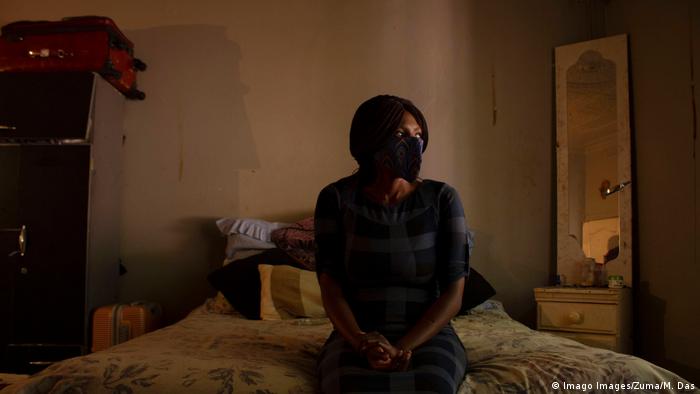 SWEAT activist Turner sees the legalization and decriminalization of sex work as the most crucial step. "The arguments against legalization in South Africa are that sex work contributes to child trafficking and is the reason for most HIV cases, which is not true," says Turner. To prevent child prostitution, South African sex workers would even "work hand in hand with the police," Turner said.

According to Turner, raising awareness in society, the police, and the government, will also help shield sex workers from abuse. "We demand not only legalization but complete decriminalization in order to protect sex workers from police violence and violent clients."

He said only then will sex workers take better care of their health, shape their lives, and provide economic support to their households.

Sex workers Hawa from Gambia and Alice from Kenya both dream of a different life. "I want to quit sex work because I am getting older," Hawa said. "I want to settle down with a man and do another kind of work."

Alice wishes to be able to go to a hospital and be treated with dignity. "Respect me as a person. I contribute to the economy of this country." Everything starts with small gestures. As an example, she cites how people react when they face a priest. "I wish that everyone who meets me would smile at me in the same friendly way."