How can we keep mosquitoes and other bugs out of our sports stadiums? | Science | In-depth reporting on science and technology | DW | 19.06.2018

How can we keep mosquitoes and other bugs out of our sports stadiums?

The World Cup game between England and Tunisia was a bloodbath – at least for some happy mosquitoes. And while there are various options for keeping these bugs out of our stadiums (and yards), only one of them is good. 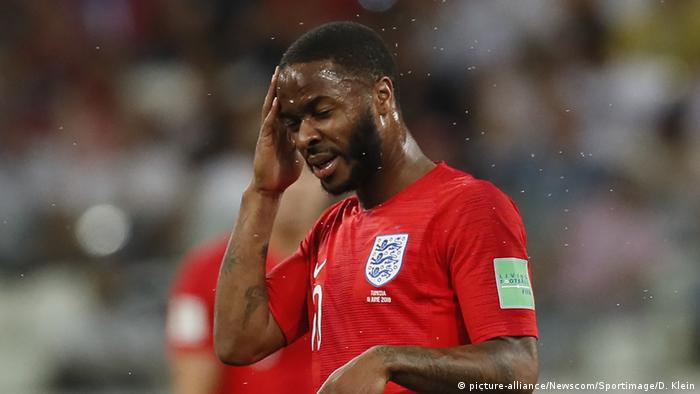 For a mosquito, there must be nothing sweeter, more enticing, more paradisiacal, than the smell of a nearby sports stadium.

With up to 45,000 people packed inside (at least in the case of the Volgograd arena in Russia), it'd be a bit like catching a whiff of the world's largest barbecue, a place where cooks had gathered to roast 45,000 separate meals, some on the spit, some on the grill.

For mosquitoes, the "smoke" in the case would be the CO2 exhaled by spectators as they watched the game. Mosquitoes have receptors for CO2, meaning they "smell" it to some degree. Fans at the match, due to stress and excitement, would be breathing more rapidly than the human average of 15 times per minute, so there'd be even more CO2 than usual. And if a 2010 French study is any clue (link below), the fans drinking alcohol would draw up to 30 percent more mosquitoes to boot. 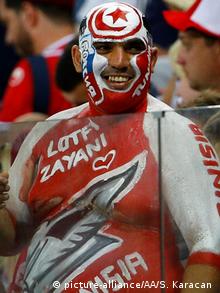 Smile if you love mosquitoes!

This entire "chimney" of chemical smoke would then envelope the stadium in a fog of CO2 and other sports-related chemicals that, to mosquitoes, might as well be a flickering neon sign. Or at least to the females, anyhow – they're the ones that need the blood and protein to make their eggs. (Males are vegetarians, living off nectar from plants.)

All of which may explain the recent sight of a few dozen World Cup footballers from Tunisia and England swatting and slapping and dousing themselves with insect repellant. To those at home it was a slight distraction. But for the players it was a very real nuisance.

So what can authorities do about it?

One option that comes to mind would be to take insect repellant, similar to the kind that players were drenching themselves in, and create a "ring of death" around the stadium in question.

But Martin Husemann, who heads the entomology department at the University of Hamburg, says he isn't a fan of that idea.

"I would not recommend large-scale spraying because of ecological problems," he told DW. "The risks may be higher than the benefits."

And in any case, that's just not the plan for the Lower Volga region of Russia.  The wetlands there, parts of which are just across the river from the stadium, are protected. They're also a perfect breeding ground for mosquitoes and other flies. Global warming is adding to this misery (at least for humans), filling the air with more heat and moisture and resulting in longer mosquito breeding seasons. 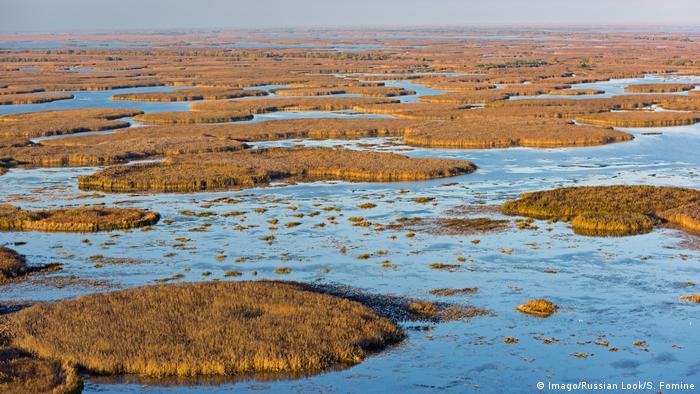 Another question that comes to mind is whether ultrasound devices that use audio to repel certain kinds of bugs (and which are available for 20 euros or so online) could be installed in or around a stadium. The frequencies would be silent to humans, but perhaps intolerably loud to bugs?

"The opinions are a little split, but the tendency [is to say] they do not work," Husemann says.

He references a study from the year 2000 that showed there was "no significant difference" between houses with ultrasound devices and houses with a placebo for any species of mosquito.

Husemann's favorite solution is also the one that has been keeping mosquitos at bay for decades.

"Insect nets would likely be the most effective repellant," he says, even while acknowledging that they "may be hard to install and maintain."

Unlike other methods, nets installed in and around the stadium would keep out all insects – an important point given that smaller insects called midges were also a huge annoyance at the recent World Cup match. And also, well, because of the strange recent history of "bugged" athletes.

In July of 2016, ground staff at a stadium in Paris accidentally left the floodlights on the night before the Euro 2016 final, attracting moths by the tens of thousands. 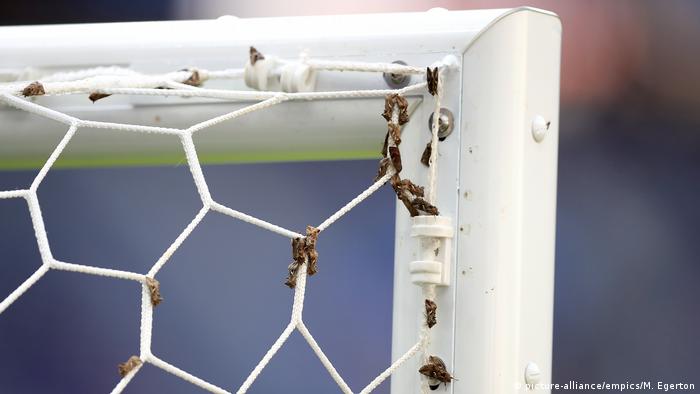 A moth's time in the limelight

Come sunrise, the insects, which are nocturnal, went to sleep inside the stadium, blanketing the playing field, the goals, the seats, everything. As evening arrived, they all woke up – just in time to make life miserable for players from France and Portugal.

An equally bizarre scene took place in South Africa in 2017, when in the midst of a one-day cricket match between the host and Sri Lanka, players suddenly began diving to the ground, swatting at the air around their heads. 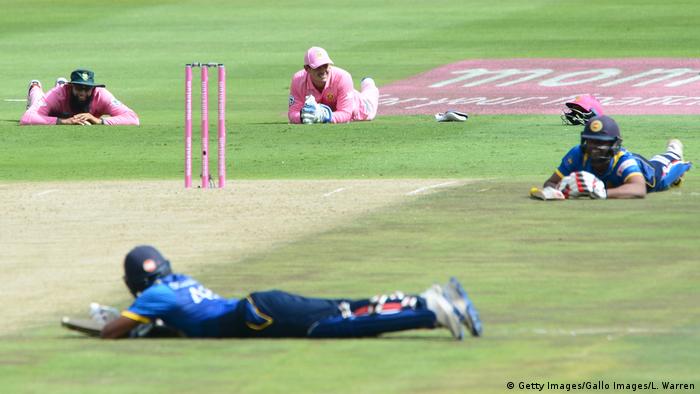 Their field, too, had been overrun – this time by a traveling swarm of honeybees. 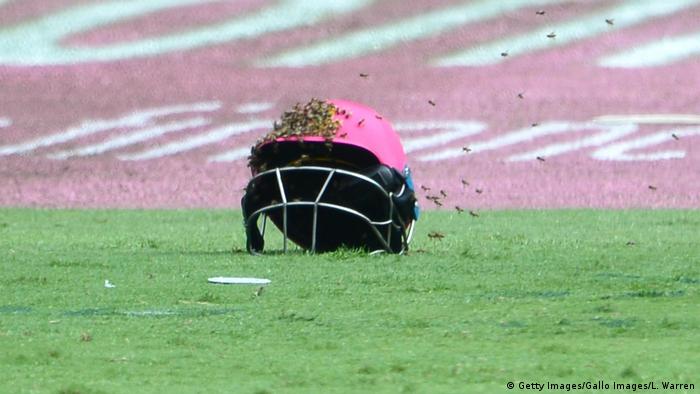 The madness lasted over an hour until a "heroic" hobby beekeeper who'd been watching the game on TV drove himself to the stadium and, according to local reports, collected the swarm using a mixture of wax and honey.

That makes three big, bug-related sporting interruptions in the last three years - and it raises the question of what we should do about it and whether we should do anything about it.

Other solutions include hosting more sporting events in winter, when mosquitoes aren't generally around, or building more indoor stadiums.

But given the unpleasant cold of winter sporting events and the billion-euro nature of the indoor stadium solution, bug nets, for now, would appear to be the best option.

Biologist Timothy Mousseau has spent years collecting mutant bugs, birds and mice around Chernobyl and Fukushima. In a DW interview, he shares some surprising insights into the effects of nuclear accidents on wildlife. (26.04.2018)

Insects - Are They the Best Pesticides?

For years chemical pesticides were considered an efficient way of protecting agriculture. But in the long term they don’t just harm would-be enemies, they also harm people and the environment. (17.08.2017)

When humans get loud, the impacts are far-reaching for fish, mammals, birds, insects and even plants. The effects are similar, and similarly bad. (20.04.2018)

A blinded, controlled trial of an ultrasound device as mosquito repellent.