Blackouts that affect an entire country are incredibly rare. So how did it happen in Argentina? DW examines what occurred in the South American country. Argentina and parts of Uruguay were hit by a power outage that left 50 million people in the dark. Nationwide blackouts such as that experienced by Argentina on Sunday are rare occurrences. It begs the question: How did this happen?

Edesur, Argentina's electricity distributor, said that the blackout was caused by safeguard mechanisms that were activated to protect two of its power-producing stations.

"The grid failure that led to the national blackout originated in an electricity transmission connection between the Yacyreta and Salto Grande power plants on the Argentine coastline," said Edesur in a statement. "This activated safeguards for the power plants, which then went out of operation and produced the blackout."

Due to Uruguay's reliance on Argentina for part of its energy needs, the blackout spread to parts of its territory. 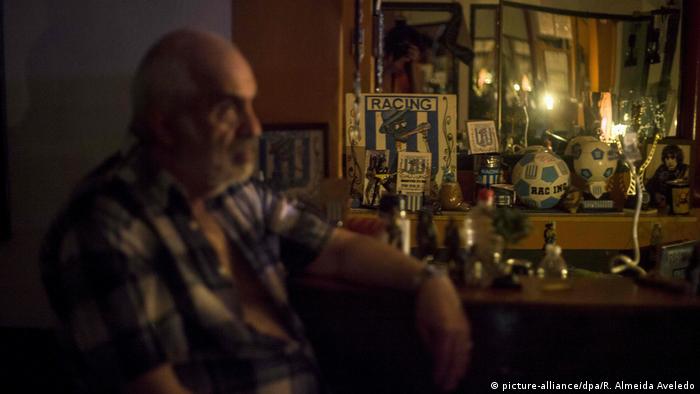 Millions of people were left without power, forcing them to rely on other means to see in the dark

But Argentine authorities are still baffled at how one of its electricity transmission connections was unexpectedly disrupted.

Argentina's Energy Secretary Gustavo Lopetegui said authorities have not ruled out a cyberattack, but noted that it was unlikely. Instead, observers have pointed to infrastructural issues with Argentina's energy grid.

Since April, an electricity transmission connection between two power plants in Colonia Elia and Nueva Campana has been out of service. Even with that connection not operating, Argentina's electrical grid was prepared to withstand another connection being severed from the grid.

However, it wasn't able to. A second connection went offline on Sunday, effectively destabilizing two power stations and triggering safeguard mechanisms that put them out of action. That sent the whole grid offline and created the blackout.

Authorities are investigating how the latter connection was disrupted, with energy officials saying it could take up to 15 days to determine the cause.