How African journalists report on Africa

African media outlets perpetuated negative stories about Africa. At the same time, foreign-based media take a huge chunk of Africa's media landscape, according to a report by an NGO that wants to promote local content. 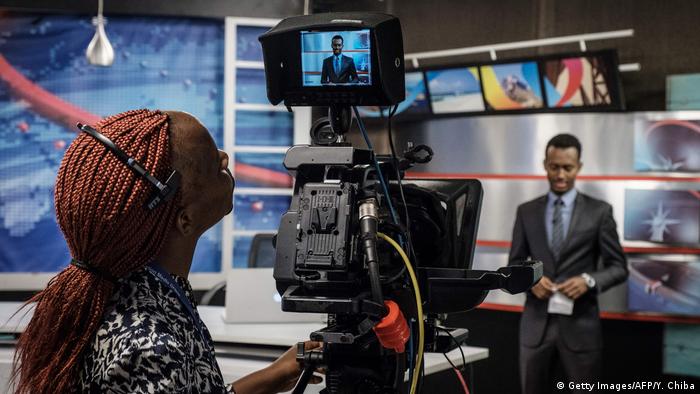 Not much has been published about how African media outlets report about the continent. This was the first conclusion Moky Makura, director of Africa No Filter, drew. So she got down to tackling stereotypes about the African continent and fostering balanced reporting — and it starts from inside the continent.

Makura's South African-based NGO initiated a three-week study on reporting about Africa. Over 60 media outlets in 15 African countries took part in the study, including interviews with media workers.

One eyebrow-raising statistic emerged: 35% of the reports originate from non-African media outlets or news agencies. France's AFP tops the list, followed by the UK's BBC.

According to one questionnaire on the most popular African outlet over the last year, only seven out of the top 25 are based on the African continent. The BBC tops this list. 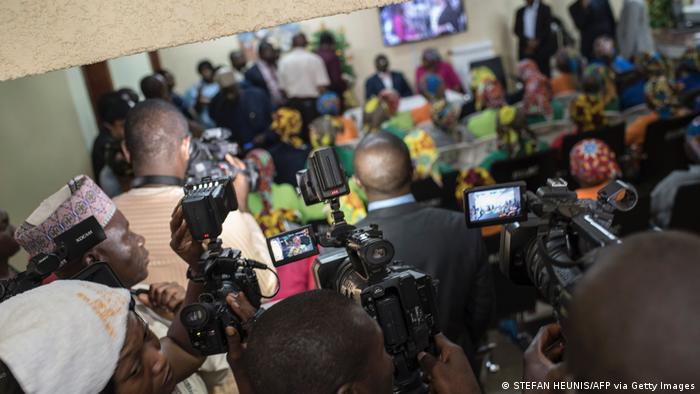 Why is foreign media strong in Africa?

It is a question of funding, says Moky Makura. 63% of the surveyed media groups do not have correspondents in other African countries. "Two-thirds of them just have no way of actually figuring out what's happening in another country on the continent," Makura told DW.

Some media houses have experienced such massive budget cuts that they no longer have a presence outside large urban centers and are forced to rely on external sources, including those from Al-Jazeera and Chinese agencies.

Media specialist Professor Ufuoma Akpojivi of the South African University of Witwatersrand points to another reason why non-African media outlets are popular: "Many countries have no strong tradition of a free press or freedom of expression that allow African media groups to report independently," Akpojivi told DW. Originally from Nigeria, Akpojivi says Nigerians "tend to believe Western sources more than Nigerian sources because they believe they [western media] are free from political interference."

Akpojivi also spoke of an "unconscious bias," for example, in Nigeria and Ghana, individuals with political or economic connections own most media houses, which erodes the trust of the media house among the public. 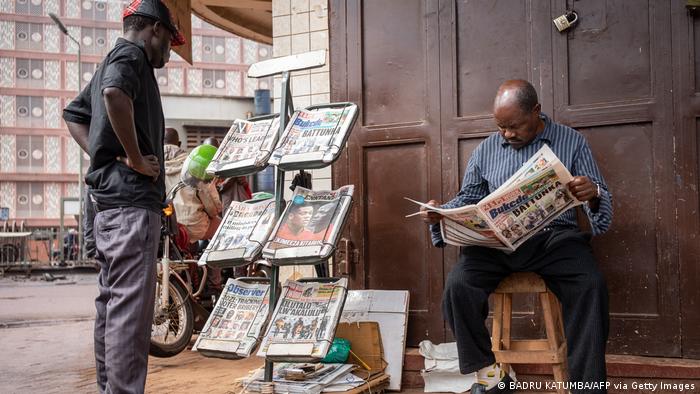 Trational media, like newspapers, have been hard hit by budget cuts

There are, however, a handful of homegrown African outlets, like the African News Agency (ANA), which belongs to the South African investment group Sekunjalo. The agency, founded in 2015, wants to publicize African topics — across the continent and globally. ANA told DW that the journalistic team is currently almost exclusively based in South Africa, ANA told DW. But the agency uses a continent-wide network of partners to cover Africa.

But the ANA agency has not had the success it would have liked, managing director Vashantha Angamuthu said during an online discussion in February. On average, around 50 stories are picked up daily by ANA's direct publishing partners. The agency estimates it reaches around 60 million people, the most in Africa. This roughly equates to the population of South Africa.

"The struggle to find a market for African content is very real," said Angamuthu. She blames funding shortfalls: media outlets have experienced significant cuts, and the focus is on profitable content: local news, sports, or entertainment. Discussions with potential partners have led her to "believe that African content is a 'nice to have' rather than a 'must have.'"

Lack of interest in African topics?

Africa No Filter's study concluded: "Audiences do not necessarily share an interest in stories about other African countries and broader African stories unless these stories directly affect their lives."

For media analyst Akpojivi, editorial desks use this argument too frequently to justify why not enough is reported about Africa. In his experience, too little media research is carried out instead.

Africa No Filter's goal is not just about establishing who tells the story. It's also about how the story is told. It is not just foreign media who have preconceptions about Africa. Many African journalists spread stereotypes about other African countries. 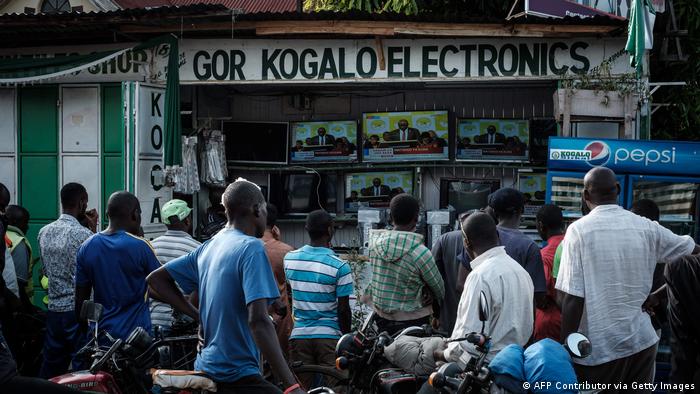 This is explicitly true when Nigerians are portrayed as fraudsters and drug dealers, or South Africans as racist or xenophobic, Akpojivi said. It can also be subtler, as Makura noted, through the selection of negative stories, formulations, or the choice of interview partners.

She cites some African journalists' coverage of the protests against police brutality in Nigeria, made famous last year under the hashtag EndSARS. "The way it was covered was another problem in another African country."

In her opinion, the story should have focused on young people fighting for change. Too few ordinary civilians were given a voice compared to politicians. "It's the framing of the story," Makura said.