A volcanic eruption came at just the right time for Iceland's stricken tourism industry: The country has been COVID-free since May and is now attracting nature tourists on the lookout for something unusual. 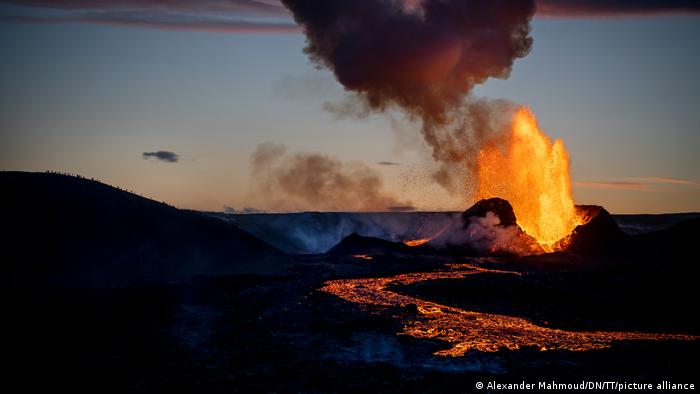 For 2 kilometers we've seen nothing but fog, so thick that the wooden stakes rammed into the field of scree are barely visible.

Then, on a slope, the silhouettes of a pair of hikers looking downward appear. But even from up here, the eruption on Fagradalsfjall can't be seen yet. Iceland's newest, still nameless volcano, which opened up in March on the Reykjanes Peninsula at the southwest tip of the country. 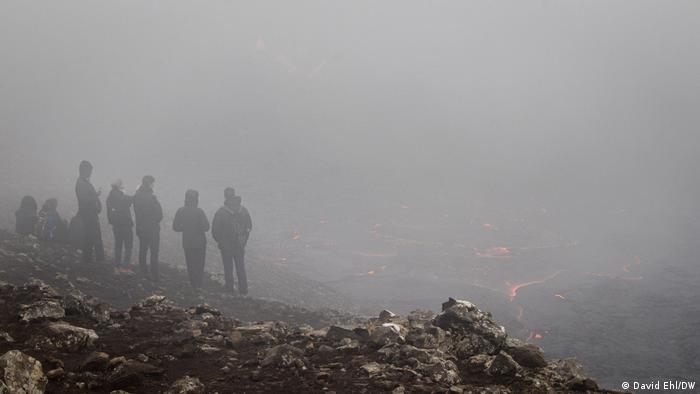 Then the fog clears and reveals a lunar landscape, rugged, in gray and black; in some places pale yellow sulfur coagulates; here and there smoke rises. The field is crisscrossed by fiery orange rivulets of lava that flow along, sometimes swift, sometimes slow and viscous. At one point a deep threatening rumbling can be heard in the distance, but on this foggy summer day, the volcano refuses to show itself.

The volcanic activity is getting tourism going again

The primordial forces released by volcanoes are as fascinating as they are threatening — just think of the eruption of Eyjafjallajökull in 2010, which brought air traffic in the northern hemisphere to a standstill — and in Iceland the southern coastal road may soon also fall victim to lava flows.

But, for Icelandic tourism, the eruption came at just the right time. After a decade of breathtaking growth, the COVID-19 crisis has reduced it drastically: In 2019 nearly 2 million tourists landed at Keflavik International Airport. In the COVID year of 2020 there were a mere 478,000. 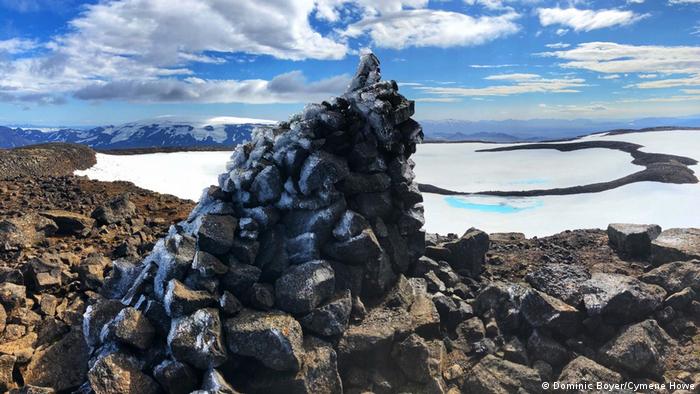 Then, in mid-March, Iceland began to open itself gradually to fully vaccinated people. This May, nearly 13 times as many people traveled to Iceland, compared to the admittedly very low numbers in May 2020.

For the coming months, the Icelandic Tourist Board (ITB) is expecting stable growth. Starting in autumn, pre-pandemic levels should be reached: "For this year we expect a total of about 900,000 visitors. That's almost half as many as in 2019," Snorri Valsson from the ITB told DW. "In 2022 there could again be almost two million. So we expect a swift recovery."

It could, however, be a problem that many workers from abroad who could no longer afford the cost of living here after they lost their jobs in the tourist industry because of COVID-19 have left Iceland.

A PCR test is no longer required for the vaccinated

The coronavirus itself has largely spared the country, with its population of 360,000: According to the data bank Our World in Data, 6,555 infections and 29 deaths have been registered, and since May no one else has become infected.

Iceland wants to make sure things remain that way. Citizens of the European Economic Area (EEA) can enter the country if they present a negative PCR test that is no more than 72 hours old. Those who have recovered from the disease or been vaccinated have to present valid proof, for instance that provided by the digital COVID certificate launched by the EU. That sounds reckless in light of the rapidly spreading delta variant — but according to Valsson, like every pandemic decision in Iceland, it is science-based: "Our society is more or less completely protected. Even if in individual cases the delta variant were to be accidentally introduced, it wouldn't trigger a large outbreak in Iceland."

By the first weekend in July, 77% of the population had received a first vaccination, and a good 65% were already fully vaccinated. 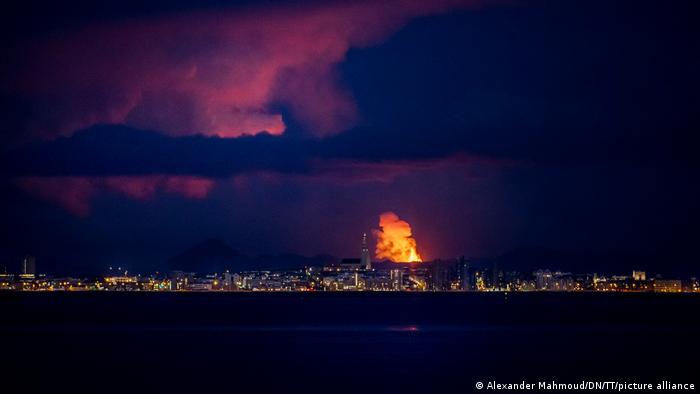 In Iceland, the pandemic is 'over'

That leads to the kind of post-pandemic feeling that tourists can probably enjoy in only a few places on earth: Masks must only be worn on very rare occasions, for instance at a performance in the impressive Harpa concert hall on the waterfront of the capital, Reykjavik. In Iceland you can sit at the last free table in an otherwise-full restaurant without feeling uneasy. Only hand-sanitizer dispensers and in a few places the request to enter your contact details in an online form are faint reminders of the coronavirus. 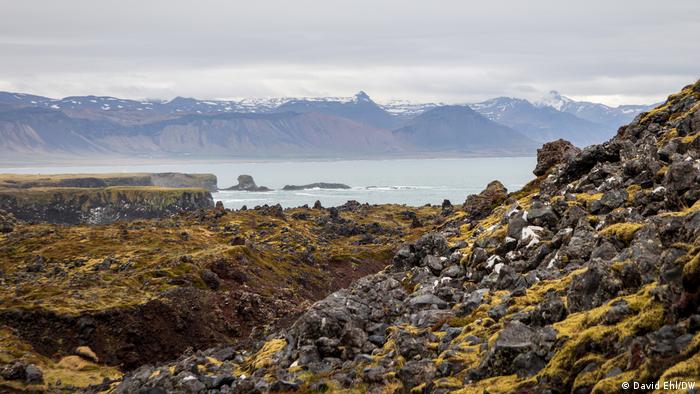 It takes 3,900 years until a lava field looks like this one on the Snæfellsnes Peninsula in northwest Iceland

Most people who travel to Iceland, however, usually come to enjoy nature. Actually, the tremendous growth in tourism since the country nearly went bankrupt in the financial crisis of 2009 has been threatening the nature and infrastructure of the rural regions. When the country's currency crashed, many people could suddenly afford what would otherwise have been an expensive vacation in Iceland. In many places hiking trails, access roads and parking areas could scarcely stand up to the sudden influx.

That involved environmental damage. Places that were especially hard hit included the three attractions along the Golden Circle, a typical route for a day trip from Reykjavik, on which tourists can see Thingvellir National Park, the Haukadalur geothermal area with its geysers and the spectacular Gullfoss waterfall. 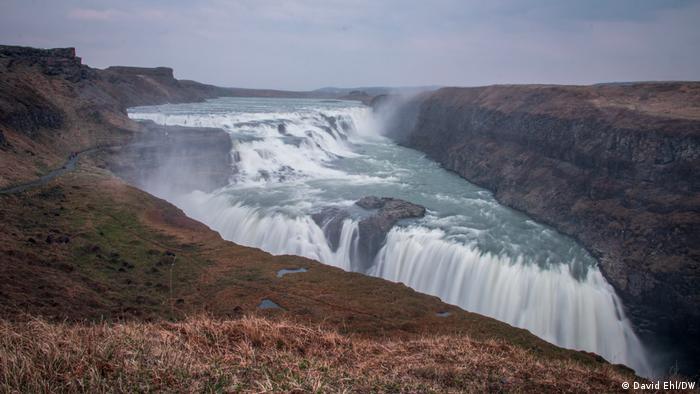 Gullfoss means 'golden falls': it's also the source of the name of the 'Golden Circle' tourist route

Since then much has improved, says Snorri Valsson, thanks partly to a fund from which about €4-5 million ($4.75-6 million) annually are earmarked for tourism infrastructure. "That and other measures have improved the situation, so that we now no longer have any serious problems anywhere. But of course we have to stay on the ball."

The volcanic eruption could remain an attraction for a long time

Iceland is bracing itself for a longer volcanic eruption — and for tourists: Geologists have evidence from elsewhere in Iceland that effusive eruptions of shield volcanoes can last for decades. 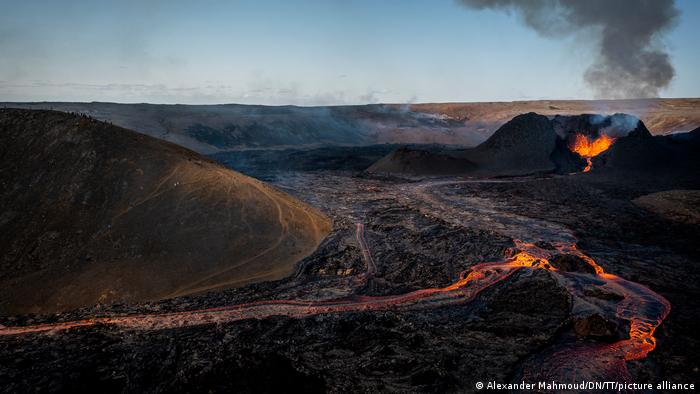 The lava flows wherever it wants to: Some hiking trails are now impassable

With an eye to the future, €900,000 has been earmarked for infrastructure such as paths, parking areas, toilets and cellphone towers around the new volcano. In Valsson's view, there is no alternative — he says that without marked paths, people could get lost or meet with an accident and injure themselves.

In late June a major search operation had to be conducted for an American tourist who had lost his way. The terrain is changing constantly, and with it the access routes.

A week after our hike in the fog, we get another chance to have a look at the eruption on Fagradalsfjall. As we climb up, we can already see from afar the smoke the mountain emits in its eruptive phases. Only now can we see how much lava has flooded the Geldingadalir valley. Then there's a clear view of the fissure, about 500 meters away, that becomes slightly larger with every eruption. 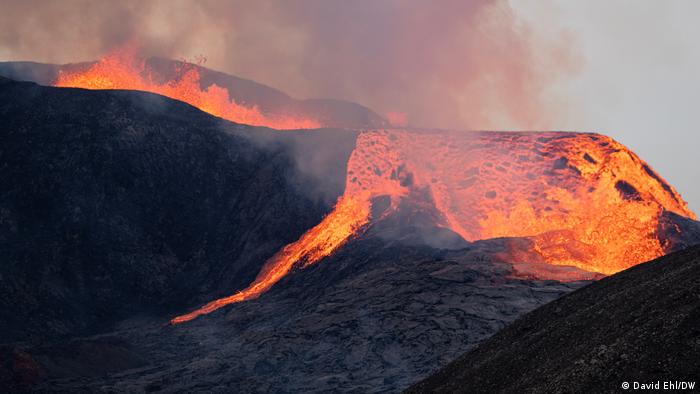 A natural spectacle you don't want to get too close to: Fagradalsfjall volcano spews lava

It's evening, and around us sit mainly Icelanders. Some have brought along food and drink. After a few minutes, the show begins and lava flows from the crater's edge, first as a thin trickle, then in a broad flood that makes the entire slope glow a fiery red. Then the stream peters out, at least for a few minutes. The process is repeated several times, and we observe it, mesmerized. Deeply impressed, we wend our way back. We have had the privilege of witnessing a natural spectacle that we'll remember for the rest of our lives.