He composed nine symphonies. A 10th was planned, but only sketched out. A Beethoven scholar reveals how a computer can complete it — but humans are still needed to interpret the composer's idea of a "Bacchanalian fest." 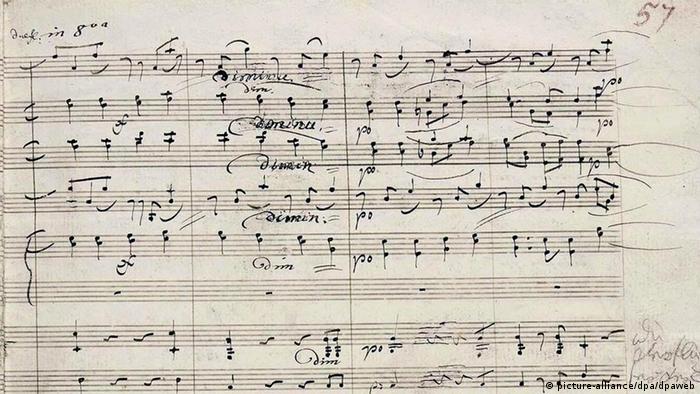 Musicologists, musicians, a film composer, a telecommunications company and IT specialists are currently collaborating on completing a work that Beethoven left unfinished. The resulting composition is to have its world premiere next spring in Bonn. We spoke with Christine Siegert, head of the Beethoven Archive in Bonn.

DW: Beethoven's sketch books show that in the process of composing, he was constantly drafting themes and musical ideas and sometimes rejecting many before finally deciding on one. A computer can perhaps try out tens of thousands of ideas in a couple of seconds and then make its choice. So artificial intelligence seems to have a leg up on Beethoven. But is there something like artificial genius?

Christine Siegert: Artificial genius, certainly not. Completing a composition with the help of artificial intelligence works this way: You feed the information you have into the computer, and it calculates on the basis of probabilities what might have been. The quality of genius cannot be fully depicted. All the more so if you're dealing with Beethoven's late period. Each of those works has a stand-alone quality. Of course you can't feed that individual character into a computer. I think the project's goal should be to integrate Beethoven's existing musical fragments into a coherent musical flow. That's difficult enough, and if this project can achieve that, it will be an incredible accomplishment. 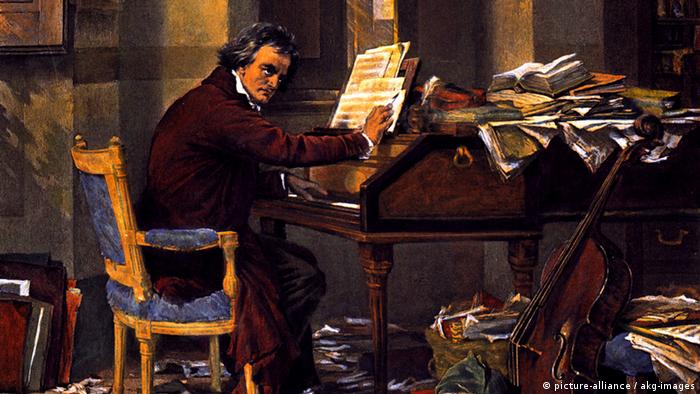 Beethoven has those wonderful melodic and motivic ideas. But what makes this composer unique is what he does with them. Isn't it quite a leap to say that a computer could do that adequately?

Yes, it's a leap. But you have to ask what you expect of the final product. Artificial intelligence has also been used in the field of painting. At a workshop here at the Beethoven House, we saw a pseudo Rembrandt: a portrait made in the style of Rembrandt using artificial intelligence. I'm neither an art historian nor a Rembrandt specialist, but I, at least, couldn't tell the difference between an original and the computer-created derivate. Which doesn't mean that art historians and Rembrandt specialists can't either.

I think the goal should be to produce something in the style of the time — and not something about which the world's few Beethoven specialists would say: "Yes, Beethoven actually could have written this."

What information does the composer need to compose this symphony in the style of Beethoven?

The few extant fragments of Beethoven's Tenth are the point of departure. Then, to give it a musical foundation, works by Beethoven and his contemporaries are fed in — particularly the ones Beethoven esteemed. 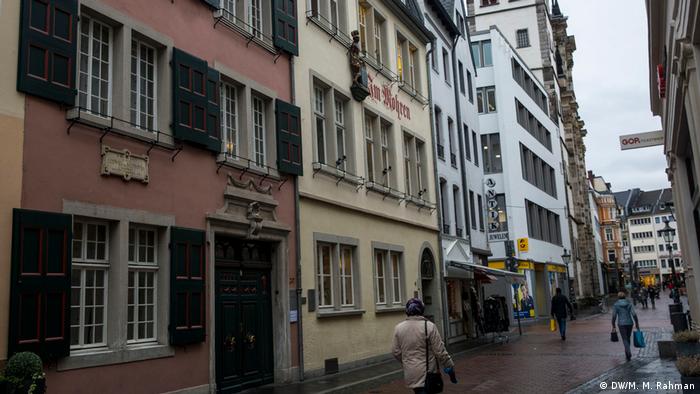 The house where the composer was born also houses the Beethoven Archive, where many of his handwritten scores are kept

That's important: As individual as Beethoven was, he worked in a certain musical context. That context is lacking with composers today, who can do whatever they want and frequently start from scratch. Beethoven, on the other hand, could stand on the shoulders of his predecessors and contemporaries and work from there. Does the computer do that too?

The computer does something similar. We debated a lot about what music to feed into the program.

Exactly. Cherubini too, a composer and Beethoven contemporary that he highly esteemed. Some of his French contemporaries too. And difficult, but desirable: One should take a particular Beethoven work, one for which extensive drafts still exist, like the Eroica Symphony. If you feed the computer both the sketches and the final product, it can figure out how Beethoven works with sketches and where he goes from there.

What do we know about Beethoven's Tenth?

He began working on it together with the Ninth. Beethoven liked to work on two symphonies at a time: the Fifth and the Sixth for example, or the Seventh and the Eighth. He finished the Ninth and wanted to continue with the Tenth, but then he died. In his text notes you can read that he wanted to integrate a chorale into the symphony. And he envisioned the final movement as a Bacchanalian fest. A computer won't know what to do with that information of course. But it was apparently supposed to be an extremely joyful and exuberant piece. 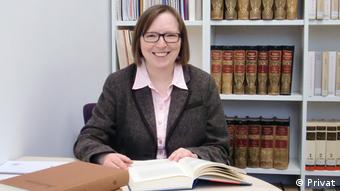 As head of the Beethoven Archive, Christine Siegert sits at the source

How much Beethoven will be in the final product and how much will come from the computer-composer? Maybe expressed in numbers: one to five? One to six?

One to much, much more. The computer has its work cut out for it. Beethoven's musical sketches are between two and thirty measures long. Most of them somewhere in between.

There's a human dimension too. Firstly, the American pianist and musicologist Robert Levin is in the project team and has done similar things before — using his human faculties of course, such as with Mozart's Requiem. He's extremely well informed about the style of Beethoven's time. The team also includes a music theoretician who works with computer-supported music analysis. The human colleagues set the parameters, and the computer fills in the gaps. The idea is to limit it to two movements, the ones for which the greater part of the sketches exist.

What is the Beethoven Archive's role?

We hosted the most recent workshop. We bring our research expertise into play when it comes to musical sketches. But the project is funded by Deutsche Telekom and is headed by Matthias Röder, director of the Karajan Institute in Salzburg.

Will the computer do the orchestration too?

For that, we have a film music composer in the project team.

I'm watching the project with close interest and will go to hear the premiere. I'm also convinced that we'll see incredible developments here in the years to come. So even if not everyone is delighted with the way this project sounds in the Beethoven anniversary year , in a few years we'll be astonished what can be done with artificial intelligence — in every area, in music too.

Beethoven died in 1827, so what does he have to do with the current climate talks? The answer lies in the "Beethoven Pastoral Project," inspired by the composer's "Pastoral Symphony." (15.11.2017)

A composer like Ludwig van Beethoven towers over others, but even that singular genius didn't come out of the blue. A look at the musical environment that brought forth the iconic musician — and cherished his memory. (06.09.2018)