In Beethoven's Sixth Symphony, the composer set his romantic understanding of nature to music. Now the "Pastoral" is the starting point for a worldwide art project against environmental destruction.

Paul Barton sets up his piano in the midst of nature. His listeners are massive and have huge ears. The man from Great Britain plays music from Beethoven's Sixth Symphony, known worldwide as the "Pastoral," to pachyderms living in the "Elephants World" sanctuary in Western Thailand.

A concert for elephants only? And why in Thailand? The answer is simple: the unusual concert is part of the global "Beethoven Pastoral Project." And those playing it are artists striving for climate protection and the preservation of nature.

Artists all over the world will be presenting their vision of the "Pastoral," considered to be Beethoven's musical celebration of nature, on the occasion of the Beethoven Anniversary Year in 2020, marking the 250th anniversary of the birth of the German composer.

Pianist Paul Barton is just one of the musicians performing in the context of the "Pastoral Project." For the British pianist, who has lived in Thailand since 1996, Beethoven's Pastoral Symphony has a clear message: "It inspires us to find the strength that we need together to preserve our planet — not tomorrow, but now." 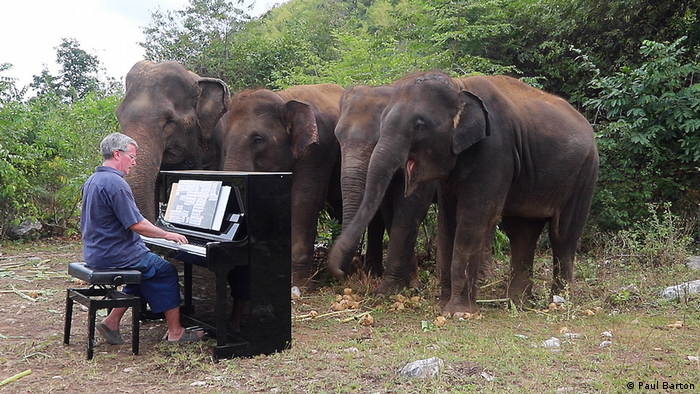 Paul Barton's unusual audience for the performance at the 'Elephants World'

The concert pianist is joined by musicians all over the world within the framework of the "Beethoven Pastoral Project," presenting their renditions and interpretations of the composer's Sixth Symphony: a visual artist illustrates Beethoven's "Nature" Symphony using graphics on the computer. A DJ samples motifs from the "Pastoral" and assembles them into new tracks. A dancer moves energetically to the fourth movement, which Beethoven called "Thunderstorm." A sextet boils down the orchestral piece into chamber music. A jazz clarinettist interprets the piece together with nightingales, cicadas and humpback whales. A filmmaker uses it as inspiration for a short film. All of this flows into the project, and what unites the artists is their fascination with Beethoven's Sixth Symphony and their desire to send out a signal for the preservation of nature.

Inspired by Beethoven for climate preservation

The idea for the project arose in the run-up to the Beethoven anniversary. The initiators of the "Beethoven Pastoral Project" — the Beethoven Anniversary Society, the United Nations World Climate Change Secretariat and the global Earth Day Network movement — aim to draw attention via Beethoven's music to one of the most critical issues of our time, calling on people around the world to protect the environment and work toward the goals of the Paris Climate Agreement. 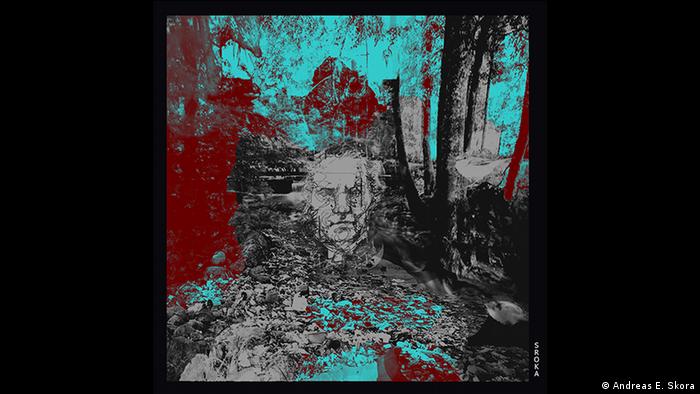 Malte Boecker has helped to develop the project. The director of the Beethoven House in Bonn and the artistic director of the Beethoven Anniversary Society, which was founded especially for the birthday celebrations, is pursuing a plan that goes far beyond music: "People all over the world are preoccupied with the question of how we can ensure the coexistence of the nearly nine billion people on this planet, and that has social and ecological aspects, and the sustainability movement is becoming increasingly tangible," Boecker said.

What's so special about the 'Pastoral'?

Beethoven loved nature, offering the musical genius both a place of relaxation and a source of inspiration. As a teenager, he embarked on hikes from his German hometown of Bonn to the surrounding area. His longing for country life accompanied him throughout his life, also after he moved to Vienna, Austria. In the summers, he regularly sought out the countryside to find peace and quiet for composing — including for his Sixth Symphony, which he composed in the years 1807 and 1808. During the composition work, Beethoven first called it "Sinfonia characteristica" or "Sinfonia pastorella," and did not change it to the "Pastoral Symphony" until it went to press, "pastoral" meaning "rural" or "relating to the countryside." To the title he made the addendum in brackets: "More the expression of feeling than painting." 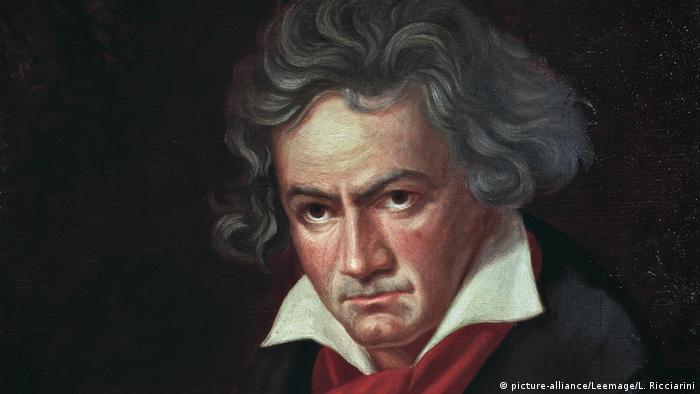 Beethoven was less concerned with depictions of nature than with the reciprocal relationship between humans and nature. After all, even in Beethoven's time, this was influenced by environmental experiences.

At the beginning of the 19th century, for example, the drinking water supply was very poor, which meant that wine and beer were often preferred over dirty water. The air was also polluted at that time. In a letter, Beethoven lamented "the bad air in the city." The stench in the alleys and canals largely contributed to those who could afford it leaving Vienna during the summer months. During Beethoven's lifetime, industrialization also began — the consequences of which we feel today more than ever. 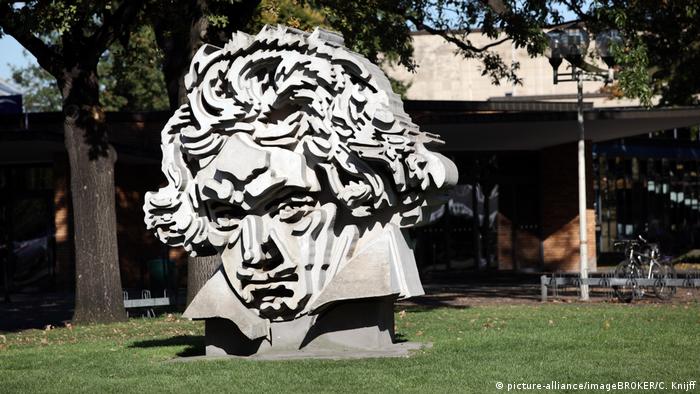 On the lookout for participating artists

The organizers of the "Beethoven Pastoral Project" are still looking for participants: Creative people who want to speak out against environmental destruction and who aim to support measures against climate change. Now, 250 years after Beethoven's birth, people want to re-vitalize his love of nature and make it more tangible. The "Beethoven Pastoral Project" is open to everyone around the world:  orchestras, ensembles, soloists, rock and jazz musicians, DJs, dancers, photographers and visual artists, whether professionals or amateurs. Registration is easy online via the project website: pastoralproject.org.

The most important goal of the "Beethoven Pastoral Project," however, is for the participants to communicate their ideas not only through their statements on the website, but also through a new work of art that they create for the project. There are no formal boundaries. Musicians can improvise on motifs from the "Pastoral" or compose a new piece of music. Other creative minds can create a photo series, shoot a film or choreograph a dance. All participants are free to decide how they want to deal creatively with the grand theme of nature and allow themselves to be inspired by Beethoven. 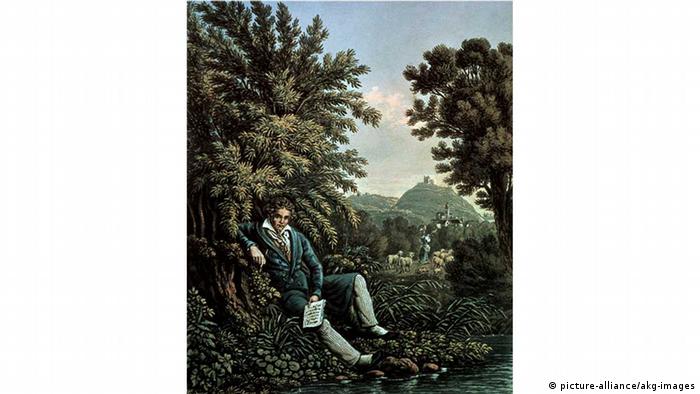 A lithograph from 1834: 'Beethoven by the brook, composing the Pastoral Symphony'

The finished work, the new product, the contemporary interpretation should then be documented and uploaded onto the project page —whether as video file, photo series, audio recording or graphic. This is how you can become part of the "Beethoven Pastoral Project."

Between Earth Day on April 22, 2020 and the UN World Environment Day on June 5, 2020, as many performances of the Pastoral Symphony as possible are to take place worldwide. The works of other art genres will also be published during this period as part of the "Beethoven Pastoral Project."

Known internationally through his New Skool Orchestra, the young South African composer feels a responsibility to tell the stories of today, as he reveals in conversation with DW. (10.09.2019)

Beethoven to save the planet