Horror and the art of noise

Alfred Hitchcock's thriller "The Birds" is a classic in the history of cinema. Its soundtrack, which is considered unique to this day, contributed to the film's enduring reputation. 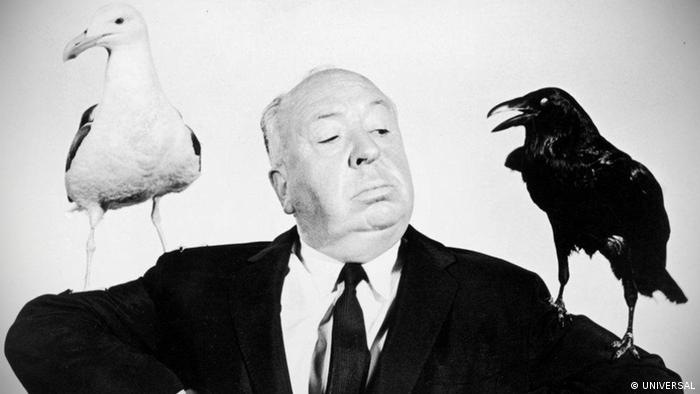 Fifty years ago, on September 20, 1963, director Alfred Hitchcock shocked movie-goers with his thriller that showcased killer birds. Perhaps even more than the images of assaults by seagull and crows, it was the birds' chilling screeches that worked themselves into cinema fans' collective consciousness.

It's a jarring story with a number of surprising elements: after a brief encounter in a pet shop, Melanie Daniels follows attorney Mitch Brenner to the California coast, where Brenner wants to spend the weekend in Bodega Bay. There, Daniels is attacked and injured by a seagull. More attacks occur, and increase in intensity, until some people are killed. Huge swarms of birds begin terrorizing the town. Many residents flee; others barricade themselves in their homes. 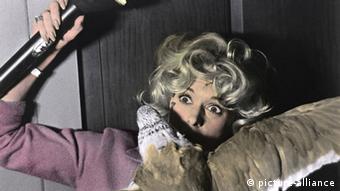 Melanie Daniels attacked by a seagull

In his film, Hitchcocks manages to transform seemingly harmless and familiar creatures into deadly beasts. But for the soundtrack, his audio crew was originally only able to come up with the quaint tweets of backyard birds. "I hear sounds like that all day long. I need something that is really coming to shake people up!" the film king told them. Hitchcock saw the soundtrack as integral to his 1963 movie.

And Sala placed his bets on an unusual instrument: the trautonium. Named after its inventor, Friedrich Trautwein, this electronic instrument resembling a little organ is considered a predecessor to the analog synthesizer. 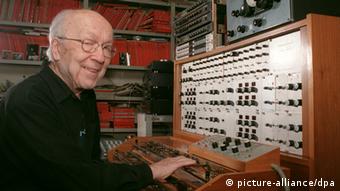 Hitchcock had heard sounds from the instrument once before: on Berlin Radio at the end of the 1920s. But for the film, Oskar Sala used the instrument to create all sorts of noises: the cries of the birds, the slamming of windows and doors, even the hammering by the people wanting to barricade their homes to protect themselves from the flying fiends. All of the sounds were created in Sala's little studio in the Berlin district of Charlottenburg in 1961.

With that kind of sound, Hitchcock trod new ground for one of his masterpieces. He refrained from the conventional fashion of merely underscoring images with film music, and instead, was more interested in experimental and electronic sounds. The British film director and producer sought to keep pace with the trend among film composers of expanding the boundaries of contemporary music.

"The music in this horror movie from the 1960s foregoes periodic rhythm and traditional harmonics," said Frank Hentschel, music professor at the University of Cologne. "It becomes atonal, very dissonant and shrill." Very sharp tones dominate the horror movie, he pointed out. Melody is hardly significant; instead, it's the noise of music that takes on an increasing role. 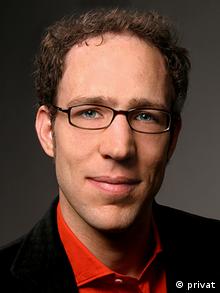 "The fact that the film completely does away with film music, replacing it with sound effects, sets it apart in Hitchcock's repertoire," Hentschel said. The director used a mixture of natural and artificial-sounding tones made with the trautonium for the fluttering and screeching of the birds that move about in flocks. Oskar Sala distorted and stylized the bird sounds, turning them strange and unnatural, at times, threatening and aggressive at other points. Hitchcock's seagulls and crows were deliberately supposed to sound sinister, Hentschel said.

Perhaps it's only the last scene in the where the unsettling imagery completely upstages the sound behind it. It shows the protagonists - who have managed to survive - step outside their home, which has long ago stopped protecting them from harm. An apocalyptic image is revealed: the landscape is besieged by countless flocks of birds. Merely a single seagull or crow quietly squawks somewhere in the background. 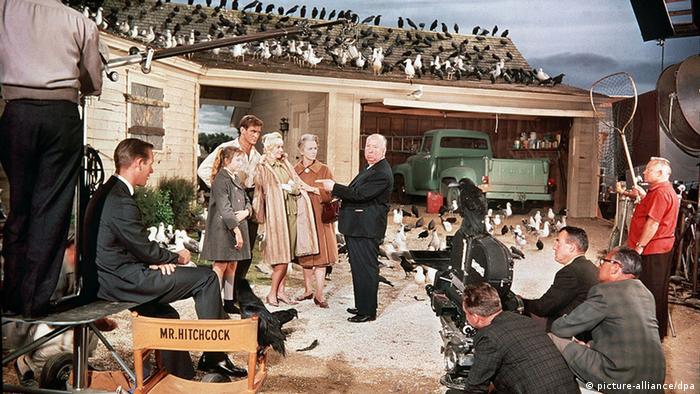 The set during the final scene of 'The Birds'

Hitchcock employs an unnatural, foreign stillness for the last scene of his thriller. Nearly devoid of sound, he draws the eerie image to the forefront. It's difficult to avert one's eyes from the apocalyptic vision - a scene evoking a palpable loneliness.

"Ta-ta-ta-taaa" - hardly any other classical motif has been covered as often as the opening bars of Beethoven's Fifth Symphony. And it's not just The Fifth that crops up time and again in international music charts. (06.09.2013)

Hollywood confronts its culture of bullying 21.04.2021