"Ta-ta-ta-taaa" - hardly any other classical motif has been covered as often as the opening bars of Beethoven's Fifth Symphony. And it's not just The Fifth that crops up time and again in international music charts. 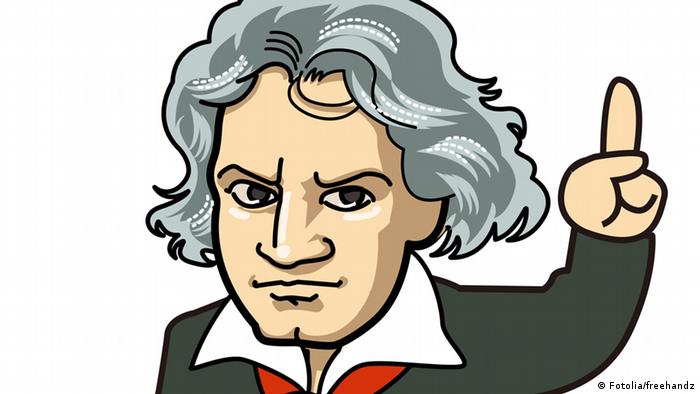 From "Für Elise" as a mushy love song to rock versions of his symphonies: Beethoven's name crops up astonishingly often in the world of non-classical music.

The Bonn-born composer delivered the foundation to one of the most successful pop songs of the 70s. In honor of the bicentennial anniversary of Beethoven's birth, Spanish conductor Waldo de los Rios set out to arrange a poppy arrangement of "Freude schöner Götterfunken" (Ode to Joy) from the Ninth Symphony. He chose singer Migual Rios to sing the words of what came to be called "A Song of Joy."

The tune went on to be a hit around the world, selling seven million copies. In the German-speaking countries alone, the song stayed in the charts for weeks and even went to number one. 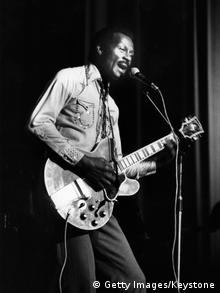 Chuck Berry had a clear message for Beethoven: Your time's up

Beethoven cropped up as early as 1956 in the world of rock music, but it wasn't by way of an homage. African-American singer and guitarist Chuck Berry used the composer as a symbol, calling for musical revolt in "Roll over Beethoven." In it, Berry tells Beethoven in no uncertain terms that a new sound is on the way, and Beethoven had better roll over in his grave and "tell Tchaikovsky the news."

Conservative audiences' blood boiled at the time on hearing the racket of rock 'n' roll. But for a generation of young musicians, Chuck Berry became a hero. "Roll over Beethoven" was covered what seemed like a thousand times, including by the Rolling Stones, Status Quo and Uriah Heep. The Beatles sang "Roll over Beethoven" during their first shows in Liverpool clubs, and Electric Light Orchestra even used the famous "ta-ta-ta-taaa" as an intro to their version.

Although Chuck Berry declared Beethoven finished, his song has helped revive interest in the composer time and again since the 1960s. Pop musicians dug around in the composer's body of work to find motifs and themes for use in their songs. The Beatles got inspired in 1969, as John Lennon recounted in 1980, reflecting on writing the song "Because." He said, "Yoko was playing Beethoven's 'Moonlight Sonata' on the piano. I said, 'Can you play those chords backwards?', and wrote 'Because' around them." 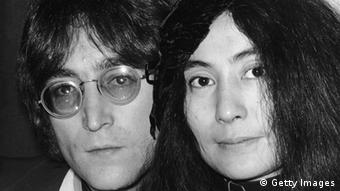 In the same year, a Dutch rock group started getting attention. Their name was Ekseption and centered around jazz trumpet player Rein van den Broek and keyboardist Rick van der Linden. Their rock arrangements of classical works made them one of the most successful rock bands in Europe.

Ekseption were far from the only ones who delivered a popular update of Beethoven's Fifth. In 1976, jazz pianist Walter Murphy made a number one hit out of the symphony that many say begins with fate knocking at the door. Murphy's clever idea: mixing classical with disco. His "A Fifth of Beethoven" came out in 1976 and caught the fancy of a film producer, who asked Murphy if he could use it for a soundtrack.

Walter Murphy agreed - and struck gold. The film was called "Saturday Night Fever" andhas the best-selling soundtrack of all time.

A tribute from Billy Joel 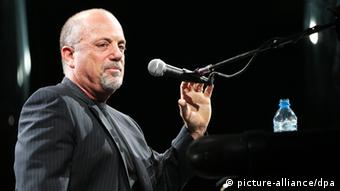 Sentimental ballads rooted in rock are his trademark. In Europe and well beyond, Billy Joel became famous with "Piano Man" from his LP "An Innocent Man" in 1984, his tribute to the music of his youth. A tribute paid it not just to the rockers of the 1950s and 60s, but also to his favorite composer, Ludwig van Beethoven. The top-selling star likes to quip that he played Beethoven long before he was playing his own stuff.

Billy Joel has said his favorite piece is the Adagio from Beethoven's Sonata Pathetique. That theme served as the melody for the refrain of his love song "This Night" (1984). It's a song that, thanks to Beethoven's help and Billy Joel's intense delivery, may be around for decades to come. After all, how does it go in the last line again?

Tradition and change at the 2013 Beethovenfest

"Metamorphoses" is the motto of the Beethovenfest Bonn in 2013. This year's festival features some provocative changes, including leaving Beethoven's music off of the programs at both the opening and closing concerts. (05.09.2013)

In Richard Wagner's bicentenary, great-granddaughter Nike Wagner has been chosen to head the Beethovenfest. Critics say her heart is in Bayreuth, but Bonn is prepared to get involved with the complicated Wagner clan. (24.05.2013)