Separatists in Jammu and Kashmir have called for the cancelation of Western classical music icon Zubin Mehta's upcoming musical symphony sponsored by the German embassy in Srinagar next month. 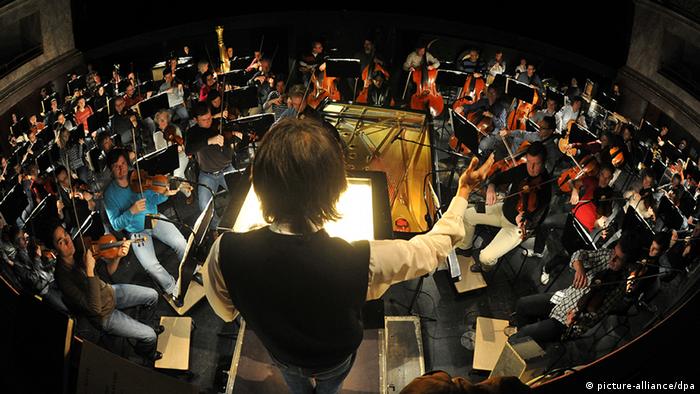 It was meant to be a distinctive cultural tribute to Kashmir and its people by having the Indian-born classical music maestro Zubin Mehta perform at the picturesque Mughal Gardens in Srinagar next month.

But now in the midst of hectic preparations for the renowned classical orchestra Bayerische Staatsorchester (Bavarian State Orchestra) to perform live in the valley, separatist leaders have thrown a spanner in the works. They say holding such a mammoth performance is inappropriate at a time when the region is in severe turmoil.

"This concert should not happen in Kashmir. The organizers must take note of our feelings. Any sort of international activity, be it political, diplomatic, cultural or sports, will have an unpleasant effect on the disputed nature of Jammu and Kashmir," hardline separatist leader Syed Ali Shah Geelani told DW from Srinagar.

Experts fear worst for Kashmir after 2014

The violent militancy that gripped Kashmir Valley for decades could return after the departure of NATO forces from Afghanistan, according to experts. New Delhi must address the concerns of those in the state. (28.06.2013)

The India-Pakistan Judicial Committee on Prisoners has called on the Indian and Pakistani governments to ensure the safety of each other's prisoners languishing in jails. (07.05.2013)

Are Pakistan and Islam really inseparable?

At a time when the world was hoping to see a shift in Pakistan's policies towards Islamism, its military chief Kayani made sure that nobody should be under any illusions. Pakistan and Islam cannot be separated, he said. (01.05.2013)

"Germany should play a constructive role and keep away from any such move that may affect the noble cause of the people in Kashmir," Geelani added.

Joining the chorus, Mirwaiz Umer Farooq, the chairman of the Hurriyat Conference, a separatist group, maintained that the timing of the concert was out of place, especially with the recent hostilities along the Indo-Pakistani border.

"Instead of spending the money on this event, it would be much better if this money was utilized for the healthcare and education of the oppressed people in this conflict zone," said Farooq.

Even Kashmir's grand mufti or cleric, Bashir-ud-Din has rejected the cultural event. The wave of objections has been growing since the concert was announced on August 22. The proposed concert has also received strong opposition from Kashmir's civil society members and intellectuals. They have appealed to the German ambassador Michael Steiner to reconsider the decision to conduct a music concert in "disputed Kashmir."

"Legitimizing an occupation via a musical concert is completely unacceptable. Art as propaganda, as abundantly documented, was put to horrific use in Nazi Germany. We are sure you will understand that we cannot welcome anything even remotely analogous in Jammu and Kashmir," they said.

Just recently, the Indian army blamed Pakistan for the killing of five Indian soldiers along the disputed Kashmir border, a region not only divided by the two countries but also claimed by both in its entirety.

'A tribute to Kashmir'

The person behind this concert is Ambassador Steiner, who has been working for over a year to see the event happen. He has stressed that the concert would be a wonderful cultural tribute to Kashmir and its people. 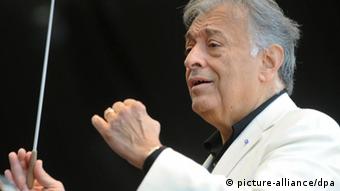 "It is a purely cultural event and not about politics or state-to-state relations. Kashmiris want to connect with people from outside and such events would help them. Music is a universal language. Music connects," Steiner told DW in an interview last week while unveiling the preparations.

Around 1,500 people are scheduled to participate in the concert that will also showcase the timeless music of composers such as Ludwig van Beethoven, Joseph Haydn and Peter Ilyich Tchaikovsky. A private plane from the southern German state of Bavaria has been arranged to fly to India carrying around 100 musicians and instruments. The entire show is expected to be broadcast live across India and Europe.

The project took shape in July last year when Steiner bestowed upon Zubin Mehta the Commander's Cross of the German Order of Merit. Both the orchestra and the maestro have renounced their usual fees. Santoor maestro and music composer Pandit Bhajan Sopori from the Kashmir Valley - who are throwing their weight behind the concert - were saddened by the turn of events.

"This is an orchestra which will have meaning and will be a balm to the sufferings of people. It goes with the ethos of this place," Sopori told DW. 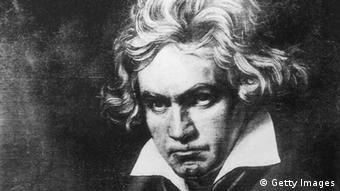 The concert will showcase music of composers such as Beethoven

High-ranking officials of the German embassy, however, insisted that the show would go on as scheduled on September 7, despite the welter of protests.

Zubin Mehta was the admired Bavarian general music director in Munich, Germany. The musical maestro's connection to Germany dates back to the early 1960s. He was the youngest conductor to ever direct the Berlin Philharmonic Orchestra and has been associated with the ensemble for the past 50 years.