A medieval style of music has been enjoying great popularity for three decades now: the Gregorian chant. But the church musicians who make can't seem to stir up enthusiasm for contemporary pop music. 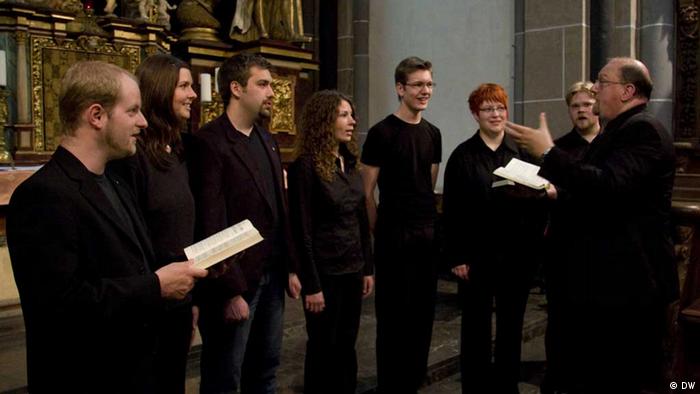 When Stefan Klöckner greets his students, he strikes up with: "Pacem meam do vobis" - "My peace I give to you." Gregorian chants are his specialty, and his workshops book up faster each year. "We've even had to turn people away as demand for the workshops increases," he says. The participants are music students, budding theologians, members of religious orders, church musicians - and come from all over Europe to the Folkwang School in Essen to study the theory and practice of Gregorian chant. 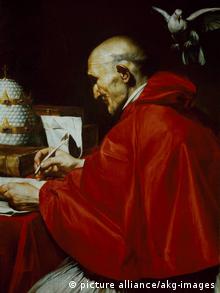 The music is named after Pope Gregory I, who lived during the second half of the sixth century. But Gregorian chanting is actually much older, going back to Jewish traditions. Pope Gregory, however, is said to have started translating the chants sung in synagogues into Latin.

Scores were not written until much later. It was not until the ninth century that the melodies were recorded in writing - in so-called neumes, precursors of today's musical notes. These codices are the oldest records of Western music.

To this day, Gregorian chant has lost none of its spiritual power. Practiced for centuries in seclusion behind the thick walls of cloisters, these simple yet forceful melodies are experiencing great popularity in this day and age. They magnetize even people who have little to do with the church or religion. 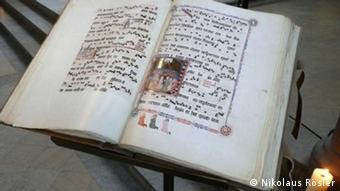 The real boom came around 30 years ago with the film adaptation of Umberto Eco's thriller novel "The Name of the Rose," which is set in a monastery and whose soundtrack consists solely of Gregorian music. Following that, numerous filmmakers from different genres - especially fantasy and science fiction - employed this style of music: Peter Jackson used it in the "Lord of the Rings" trilogy and George Lucas for his "Star Wars" films.

Since the early 1990s, "Gregorian Pop" has followed a parallel development - with groups such as "Enigma" or "Gregorian" taking the charts by storm with their music spiced with mystical-sounding synthesizers. The boom hasn't stopped there: subcultures such as the goth scene have discovered Gregorian chant, and in 2008, Cistercian monks of Stift Heiligenkreuz near Vienna managed to get it into the pop charts. The latter were celebrated like a hip boy band. Benedictine nuns of Notre-Dame de l'Annonciation in Avignon enjoyed similar success rwo years later. 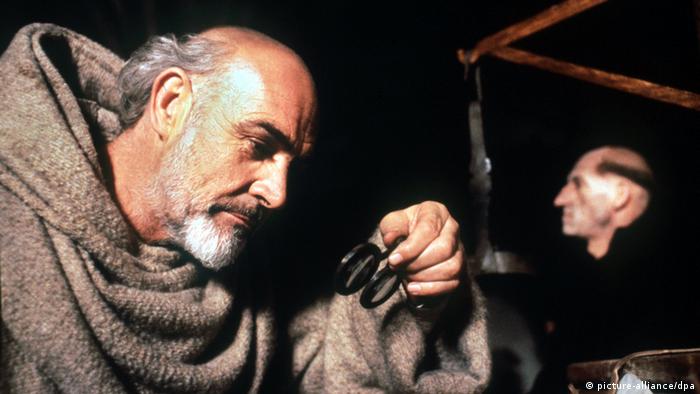 Sean Connery starred in "The Name of the Rose"

The biggest fans of the Gregorian wave are young people - which becomes evident when looking at online comments by its consumers. One 15-year-old wrote: "The music is so beautiful. I don't know anything about God, but Catholics make such wonderful music. After school, I can just relax and chill out listening to it." Young people can dive into a world that appears mysterious to them. In today's fast-paced world, they seek a silence that is sung.

"A rinse for the years"

Oliver Sperling, director of DomMusik's girls choir in Cologne, has experienced such enthusiasm among his young singers: "Young people are attracted to the mono-dimensionality of the strange-sounding melodies of Gregorian chanting."

Instructor Stefan Klöckner agrees: "Many use Gregorian chant as a kind of sedative, as a means of escape from everyday life. I've even called chant a 'rinse for the ears' because it's just so nice for people to hear. It's good for people." 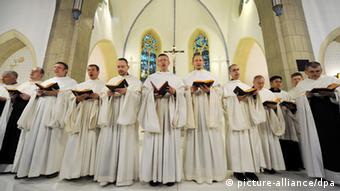 Music of the future

This day and age is very susceptible to the mystical sounds of Gregorian chant music. Therein lies a danger as well, says Klöckner. If the music is reduced to its mystical elements, its religious and liturgical significance gets lost.

"We must never forget that Gregorian chant consists of the sung words of the Holy Scripture. If we really want to understand it, we must study the Bible." Nonetheless, he feels that this music will now grow obsolete. "The songs are being sung again during church services. And many, especially young church musicians, see Gregorian chanting as a model for the future of church music."

Songwriting is excruciating, but it's what he lives for, says German musician Maxim in DW's Pulse studio. After shaking up the German charts with his single, he's now on tour with his new album, "Staub." (21.08.2013)

The 1950s and 60s saw the emergence of the first all-female rock and beat groups. But, in Germany at least, commercial success largely eluded them. One veteran of the scene says not enough has changed since then. (20.08.2013)

In Portugal, an opera singer has taken to showing up at the president's meetings and drowning him out in song. She's become the new face - and voice - of her country's anti-austerity protests. (14.08.2013)