Hoping for family reunification: ′I need my wife to start again′ | Germany| News and in-depth reporting from Berlin and beyond | DW | 03.02.2018

Hoping for family reunification: 'I need my wife to start again'

Ghassan and his wife have been separated for 30 months. From Germany, he waits every day for news as to whether she can join him from Lebanon, but that day could be long in coming.

Ghassan's world has become very small. It's restricted to a table, chair and two beds in a room of just 20 square meters (yards) at a refugee home in Berlin run by the welfare organization, Caritas. Along with his fellow refugees, the 37-year-old from Syria is waiting on decisions that will determine his future.

"For me, Germany is a chance to start again," he said. He, like so many others, fled in 2015 by foot over the so-called Balkan route. Three brothers made it to Germany, too, while other family members are now living in Kuwait. Only the most important person to him is missing, he said, his characteristic shy smile giving way to a pensive expression.

WhatsApp their only link

Ghassan's 34-year-old wife is still in a refugee camp in Lebanon. They had been married for nine years when they fled to the neighboring country together in 2013. When Ghassan left for Europe two years later, he was determined to have her follow. Now, 30 months later, it remains unclear if that will happen. The couple's only link between Germany and Lebanon is WhatsApp, which is good for communication but is an ever-worsening emotional strain on them both as their separation continues without an end in sight.

"I need my wife for this new start," Ghassan said. 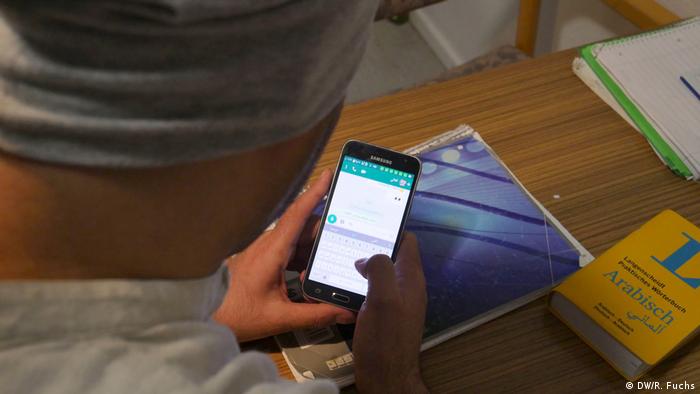 In Syria, Ghassan was an auto mechanic. His wife was a nurse until she had to stop working to care for her sick mother. His wife, whose name he won't reveal for her safety, feels totally cut off, he said, stuck in the refugee camp in Lebanon.

'German politicians don't understand how hard it is'

Ghassan's greatest wish is thus that his wife can join him in Germany; the couple has no children. But whether his application for this to happen will be granted is up to Germany's Federal Office for Migration and Refugees (BAMF) in Nuremberg.

Family reunification for Syrian refugees like him, who were granted only subsidiary protection, was suspended in 2016 amid a fear of more waves of mass refugee movements. On Thursday, German lawmakers agreed to partially lift the suspension at the end of July. But even after that, a maximum of only 1,000 close family members of refugees per month will be allowed to settle temporarily in Germany, and it is not clear what criteria will determine who is selected. 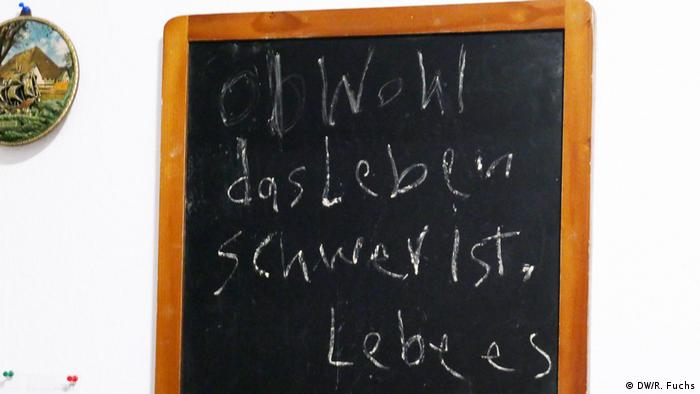 "Although life is hard, live it all the same": Ghassan's German is good enough for a motivational motto

Fifty-eight percent of Germans recently polled are against family reunifications for refugees in Ghassan's situation. However, aid organizations want family well-being to be given more consideration.

"Families are an essential factor for integration," said Thomas Gleissner, a spokesman for Caritas in Berlin. "The highest priority must be that people are together, even if they don't stay in Germany forever."

For Ghassan, German courses or group trips with other refugees have helped distract him from his and his wife's situation. But it is getting harder for him, he says, and with the added sense of guilt that he left her behind, he is having trouble sleeping. He says he often needs sleeping pills, and although he is thankful for the safety German politicians granted him, "they don't understand how difficult it is to live without family," he said. 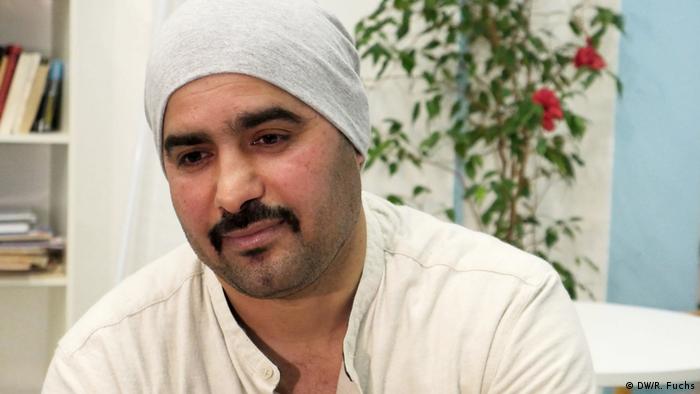 Reflective and sometimes despairing: Does his wife have a chance of joining him?

Between full and partial status

Some experts see Ghassan's side and brought that case to Germany's Bundestag on Monday.

"Syria will not be peaceful anytime soon. That's why it's vital, as far as we see things, to be talking about integration," said Helmut Dedy, the chairperson of the Deutscher Städtetag, an umbrella group representing German towns and cities.

The UN's refugee agency, the UNHCR, has called on Germany to allow family reunifications for refugees with subsidiary protection. It makes no sense to distinguish between refugees with full and partial protection status, UNHCR-Germany head, Roland Bank, told the Bundestag. "Whether they need short- or long-term protection, the need to be protected is always the same," he said. 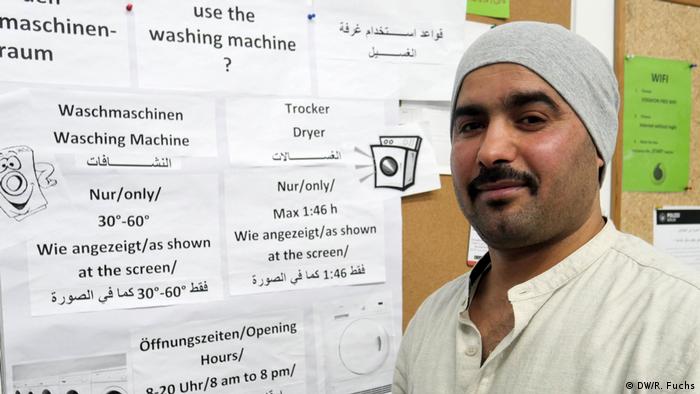 Ghassan feels that returning home is not an option at present

That political discussion might have given Ghassan encouragement if he had heard it, and Thursday's Bundestag decision could give him added hope.

However, recently, he has been consumed with debating the possibility of going back. But back to where, he has asked himself.

His hometown, Abu Kamal, in the Syrian desert close to Iraq, was one of the first targets for Syrian government forces after demonstrations against President Bashar al-Assad began in 2011. Then so-called "Islamic State” arrived, before the Syrian army regained control at the end of 2017. For Ghassan, it is clear there can be no return to his country as long as Assad is in power.