Twenty one years since the transfer of Hong Kong's sovereignty from the UK to China, considerable opposition to Beijing's rule remains. DW spoke to law professor Johannes Chan about potential consequences of protest. 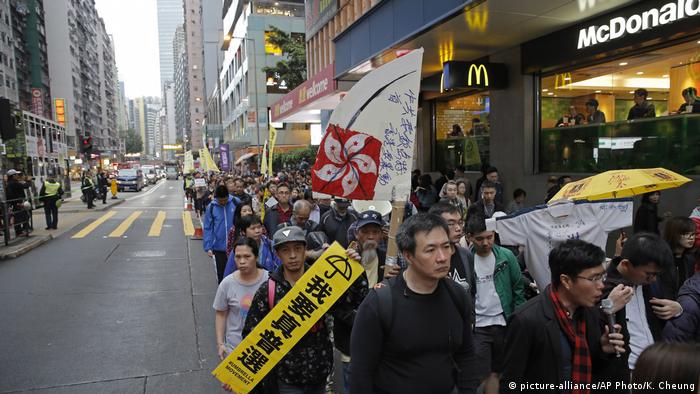 July 1 marks the 21st anniversary of Hong Kong's return to People's Republic of China (PRC). Over the past two decades since the UK handed over control to China, Beijing's grip on the city has tightened. This has triggering concerns and, sometimes, protests demanding more autonomy.

Three protesters from Hong Kong's radical youth opposition were recently jailed for taking part in a violent protest, receiving the harshest sentences handed down to democracy activists since the city returned to Chinese rule in 1997.

Edward Leung, 27, one of the leaders of a movement advocating Hong Kong's independence from China, was jailed for six years for rioting and assaulting police in a 2016 overnight protest that turned violent.

In a DW interview, Johannes Chan Man-mun, a prominent Hong Kong-based law professor, spoke about the pro-democracy movement and the independence of the city's judiciary.

DW: How do you view the recent sentencing of Edward Leung?

Johannes Chan: I think imprisoning him for six years is too harsh. A four- or five-year jail sentence would have been appropriate. During the same trial, another defendant who had set a taxi on fire was sentenced to four years and nine months in prison. The circumstances of Leung's act were not considerably different from those in the other case. 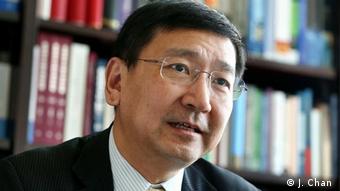 If one reads the verdict, one finds that the court views violent protests very negatively and therefore Leung's complicity here was considered as a grave fault.

Some argue that pro-democracy activists in Hong Kong are being punished more severely now than before. What is your take on this?

In this specific case, it is difficult to judge based on the motives behind the act, because the more serious the act, the less consideration is given for the motives behind it. It is irrelevant whether the offense committed is democratically motivated or otherwise. I can follow the legal reasoning of the judges in this instance.

I see the harsher punishments delivered by the courts as a consequence of the increasing number of cases against activists. The judiciary has legitimate concerns about violence and wants to send a signal with its rulings that even if one's motives are inspired by ideals of freedom and democracy, one may not resort to violent means.

It is viewed by the court as an attack on civil society. And any use of force is strictly pursued. Everyone is allowed to exercise their civil rights as long as he or she doesn't break the laws.

There have been increasing doubts about the independence of the judiciary in Hong Kong in recent years. How do you view this trend?

It worries me that more and more people are questioning the independence of the judiciary. The judiciary has repeatedly asserted that no political debates will take place in the courtroom. It is biased and one-sided when critics no longer read the verdict and form their opinions based on whether or not the judgement was made in their favor or not.

We lawyers agree that no judgement will please everyone. But that does not mean that the judiciary is compromised. As part of the "One Country, Two Systems" framework, Hong Kong is something special, especially because of its independent judiciary. And that makes up "the second system." Without an independent judiciary, civil rights cannot be guaranteed. 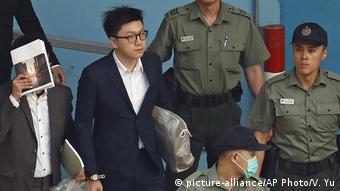 Hong Kong's Chief Executive Carrie Lam has been in office for a year now. How different is she from her predecessor Leung Chun-ying, whose actions had often resulted in provoking and polarizing the city's public?

Carrie Lam is focusing on solving the city's economic and social problems. But they are always related to politics. I hope that the city administration is more open and tolerant than it used to be, and that it does not simply push through everything that it wants with the help of its majority in the city's legislature.

I don't think it is right that the government managed to convince the judiciary to strip another four parliament members (Ed. note: after two other elected lawmakers were also disqualified in 2016) because they didn't swear their loyalty to the People's Republic of China in a serious manner. A tolerant society cannot simply eliminate critical voices. This approach is certainly not a solution.

How do you see the future of the democracy movement in Hong Kong?

There are many tools at the disposal of Hong Kong's pro-democracy movement's followers to address issues related to social justice. Looking back at the past two years, so many confrontations would not have been necessary. They allow the issue to briefly attract media attention, but achieve nothing more. So there is a need to come up with new ideas.

Recent court rulings must make activists think. Violence cannot solve problems. It will benefit no one in Hong Kong's society to resort to it to simply vent one's anger.

Calling attention to social problems requires innovative methods. Losing societal support will not help in achieving any goals, even honorable ones.

Johannes Chan Man-mun is Professor of Law and former Dean of the Faculty of Law at the University of Hong Kong.

Housing in the city has become severely unaffordable for most locals, a new study finds. Experts say the trend is having a major impact on Hong Kongers' lifestyle choices, particularly those of younger generations. (27.01.2016)

Pro-democracy candidates in Hong Kong have won back only two of the four seats up for grabs in a crucial by-election. The result means the democrats will lose veto power over some bills in the city's legislature. (12.03.2018)