Protesters who had taken over major university campuses in Hong Kong have mostly left. Police also announced that they will be treating the death of a man hit by a brick thrown by protesters late on Thursday as murder. 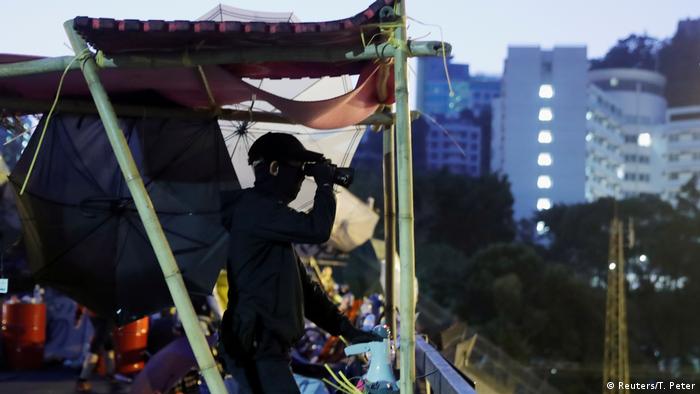 Police had previously attempted to quell the protests with tear gas. Around 200 protesters remain spread over five university campuses, down from over 1,000 who were there on Thursday.

Police announced on Friday that they will be treating the death of a 70-year-old street cleaner as murder. Protesters holed up in the university threw debris and fired bows and arrows at government workers in the street on Thursday.

The man later died in hospital from injuries sustained after a brick hit his head.

Authorities described it as an example of the "malicious acts of the rioters.''

Protesters said earlier on Friday that they would temporarily clear the road by the university for access, but given the amount of damage done, government officials have left it closed. Protesters later returned with new barricades.

The president of the university, who said on Friday that he would call on the "assistance" of non-students, did not leave campus. 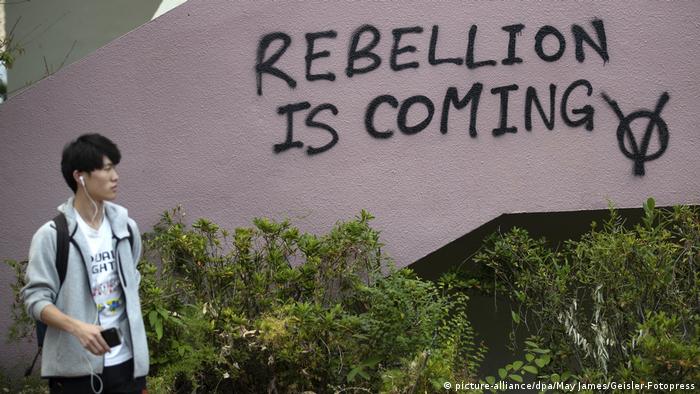 In London, Hong Kong Justice Secretary Teresa Cheng was confronted by pro-democracy protesters and suffered "serious bodily harm," according to Hong Kong Chief Executive Carrie Lam, who condemned the incident as a "barbaric attack." However, some media reports say she was not seriously injured.

UK police said that there were only minor injuries sustained to her arm. China has urged UK authorities to deal with the "violent and lawless perpetrators" of what Beijing describes as an attack. UK police confirmed they are investigating the incident.

The attack marks the first time that protesters have directly clashed with a government official since the protests began almost six months ago.

Friday's protests also caused widespread disruption at other highways and the Cross Harbour Tunnel. Trains in several parts of the city are suspended and police urged people to remain indoors or travel only when necessary.

To the point - Protests across the Globe: Talking about a Revolution?

The pro-democracy protests originally began to overturn a now defunct China extradition bill, but now protesters are seeking a greater level of autonomy and transparent democracy in the city.

Universities encouraged students who are Chinese mainlanders to return home this week after protesters holed up in university buildings.

DW reporter on the ground spoke to Chinese mainlanders living in Hong Kong. Victor Mou, a finance worker who has been in Hong Kong for over a decade, said "I think there’s nothing to fear. I think the source of this fear is that people don’t know the mainland."

Minnie Li joined the protesters in June when they first began but believes "the protests have escalated massively" since then.

"Police are using teargas and rubber bullets and protesters hurling petrol bombs and bricks almost daily," she said. "And things just keep getting worse. Many people in Hong Kong are shocked by the violence.

Violence has been increasing ahead of local elections, which are due to be held in Hong Kong on November 24.