The arrests come a day after the death of a student during a police clampdown. The Chinese territory is bracing for the 24th weekend of disruption. 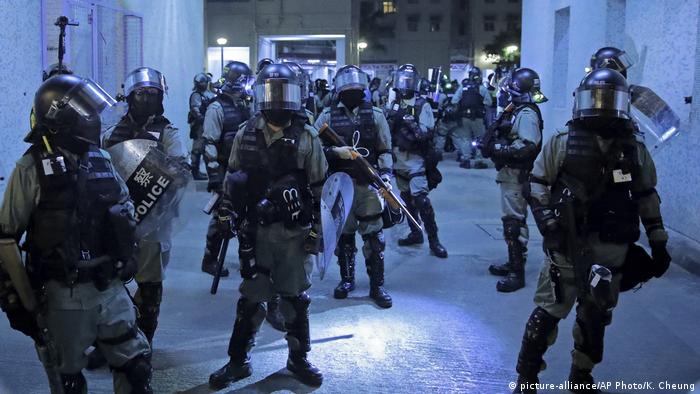 Seven pro-democracy lawmakers were either detained or faced arrest in Hong Kong on Saturday and could face a year in jail if convicted of involvement in a fracas in the Chinese territory's Legislative Council.

A police statement said three of the lawmakers had been charged with obstructing the local assembly session on May 11 over a now-shelved China extradition bill that sparked five months of protests.

The others were ordered to turn up at police stations to face arrest.

The politicians claim the action against them is an excuse to postpone or cancel November 24 district elections, and one of them refused to turn himself in.

"If you are accusing me of violating laws in the Legislative Council, come here and arrest me. I will be right here waiting," Lam Cheuk-ting told reporters at a joint press conference.

The latest arrests are likely to further raise tensions between authorities and protesters, coming a day after the death of a student who fell during recent clashes with police.

The 22-year-old student, identified as Chow Tsz-Lok, fell from a parking garage during a police operation to clear the area on Monday.

His death sparked protests on Friday, with renewed accusations of police brutality. Authorities have repeatedly denied allegations of wrongdoing in relation to his death.

Familiar scenes that have beset the city over the past 24 weekends unfolded in the afternoon, with police firing tear gas to disperse hardcore protesters who set street fires, blocked roads and vandalized shops and public utilities.

Thousands of other protesters attended candlelight vigils on Saturday evening in Chow's memory. More protests are planned for this weekend. 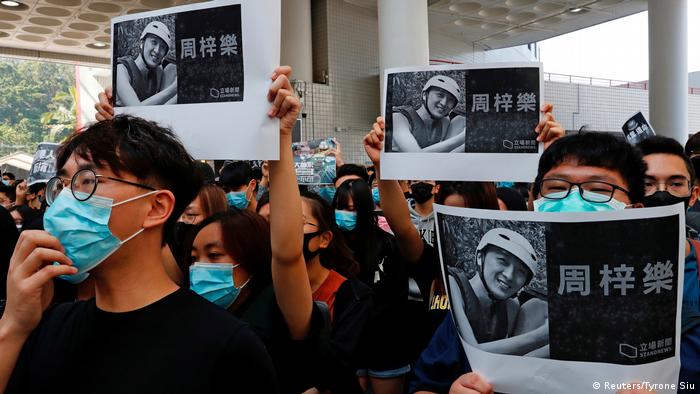 Pro-Beijing lawmakers are bracing for heavy defeats in this month's district council elections. Voter registration has soared since the anti-government demonstrations kicked off. The pro-democracy camp is fielding candidates in every constituency for the first time.

But there are also concerns the elections could be called off given the spiraling violence, which saw a pro-Beijing politician stabbed this week.

Hong Kong Constitutional and Mainland Affairs Secretary Patrick Nip denied the latest arrests were linked to the polls or that voting would be postponed.

"There is no correlation between the two. The police are doing their job and investigating each and every case and take appropriate action," Nip said.

He said the government aims to conduct the polls smoothly and peacefully.

Half of the seats in Hong Kong's Legislative Council are elected by the public, with the rest chosen by largely pro-Beijing committees, ensuring the chamber remains stacked with government loyalists.

Xi Jinping has said he "highly trusts" Carrie Lam's Hong Kong government as the city enters its 22nd week of protests. The Chinese president has called for Hong Kong to implement "one country, two systems" policies. (04.11.2019)

How has Beijing's crackdown on civil society changed Hong Kong? 16.06.2022

Three years ago, a protest movement began in Hong Kong against an extradition bill, which led to an authoritarian response from Beijing that would forever transform the city and its people.