Police have thwarted pro-democracy protests at Hong Kong's airport. Instead, activists rallied at subway stations across the semiautonomous city-state as months of unrest show no signs of abating. 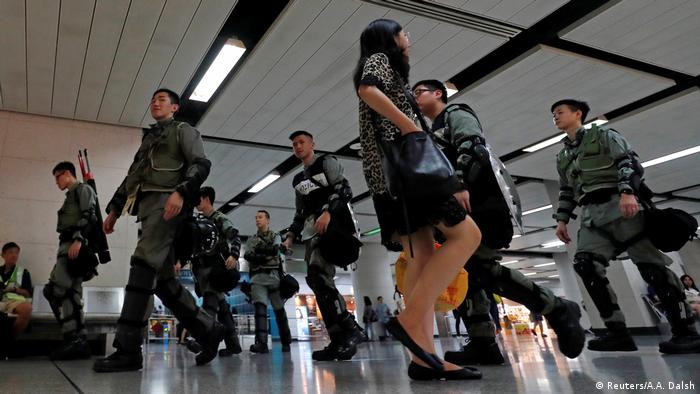 Hong Kong police mounted road checks and inspected passengers on trains and buses heading to the airport on Saturday to thwart efforts by pro-democracy activists to protest.

Instead, hundreds of demonstrators converged at a subway station in the Tung Chung area adjacent to the airport. Protesters chanted slogans and called police "murderers." Officers have repeatedly used violence against pro-democracy activists during three months of protests. Demonstrators also focused on a police station. 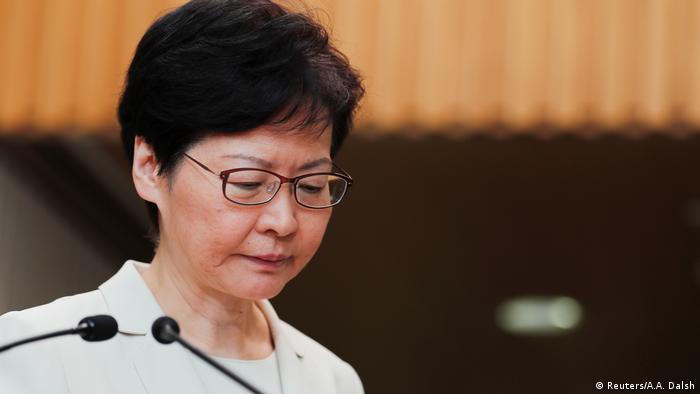 A humbled Lam has come to realize that her offer of concessions was too little, too late

Dozens of people also rallied at malls belonging to rail link operator MTR Corp., which had aided police during a violent raid at the Prince Edward subway station on August 31. The company eventually shut down the Prince Edward station later Saturday after some protesters started gathering again.

Trains to the airport ran with limited service — to and from downtown Hong Kong but skipping all stations in between. Officers permitted only people with plane tickets to enter the airport terminals, and the police chased off anyone milling around an adjoining bus terminal.

Protesters previously shut down airport access after throwing objects onto the track, blocking roads near the airport and damaging a subway station. Thanks to the heavy-handed security operation, facilities ran normally on Saturday, although some travelers complained that they had had to get to the airport early.

Police have arrested 1,100 activists since protests began in June against a bill that would allow Hong Kong to extradite people at the request of China's central government. The bill became yet another glaring example of the territory's eroding autonomy since Britain handed the former colony over to China in 1997. Hong Kong leader Carrie Lam has said her government will withdraw the bill, but protesters have moved on to call for real democracy and an end to police violence, which she has rejected.

Wrapping up her 12th visit to China as Germany's chancellor on Saturday, Angela Merkel said officials had listened to her request to respect "rights and freedoms" in Hong Kong, something that she called for in August as well. Fears have grown that China's central government could intervene militarily as officials in Beijing threaten that they won't "sit idly by."