As Hong Kong increased police presence in the city after a knife attack injured an officer. The officer suffered a punctured lung and has undergone surgery. 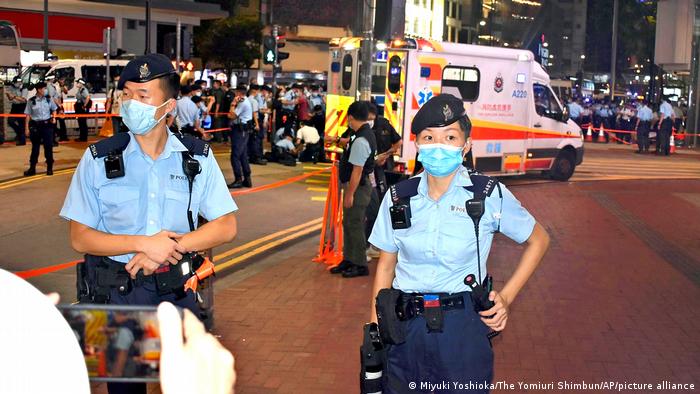 Hong Kong police at the site where an officer was stabbed

Authorities in Hong Kong said on Friday that a 50-year-old man who stabbed and wounded a police officer had been "radicalized."

The officer suffered a punctured lung in the attack on Thursday evening, which took place in the shopping district of Causeway Bay.

He later underwent surgery and his condition has improved, officials said.

Police described the suspected attacker as a "lone wolf."

Footage from a local journalist's livestream showed the man stabbing the police officer. He then went on to stab himself in the chest, and subsequently died of his wounds. 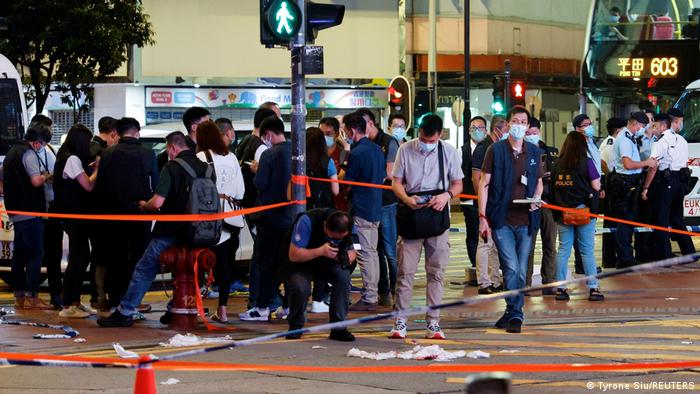 The attacker subsequently stabbed himself and died of wounds

"After going through months of riots in the second half of 2019, members of the public abhor violence and treasure very much the stability of society since the implementation of the National Security Law last year."

On Thursday, police shut down the city's Victoria Park, and made 19 arrests.

"It's not just the assailant who has to be held responsible for this incident, but also the many people who customarily advocate violence, incite hatred against the country, and beautify these attacks — these acts of violence," he said.

Authorities did not elaborate about the radicalization of the assailant.

One year since Beijing imposed security law on HK

The attack occurred on a day when police had been deployed across the city to halt any demonstrations, as the city marked the anniversary of its handover from Britain to China.

Hong Kong has become polarized under what many describe as Beijing's oppressive rule.

After massive protests in 2019 against the Beijing-backed government in Hong Kong, China cracked down with a controversial national security law to crush the pro-democracy movement. This week also marked a year of the security law.