The 65-year-old opposition activist was marching solo to commemorate China's Tiananmen crackdown, despite a police ban. 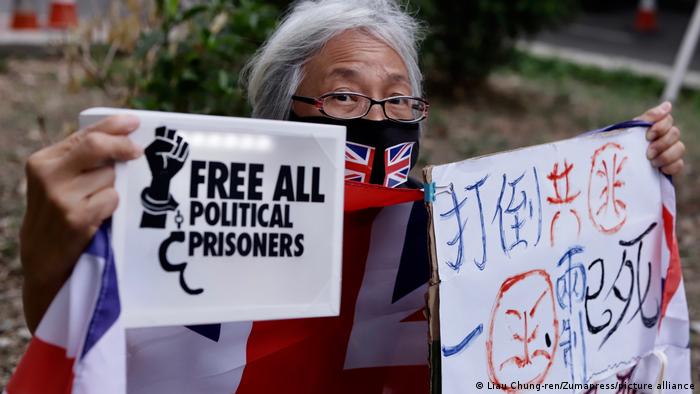 A Hong Kong activist known locally as "Grandma Wong" was detained on Sunday while marching alone on the anniversary of the 1989 Tiananmen Square massacre.

Police arrested 65-year-old Alexandra Wong on suspicion of taking part in an unlawful assembly and inciting others to join.

Hong Kong's Security Bureau on Saturday banned a pro-democracy alliance from holding a vigil to commemorate the crackdown for a second year running.

Taking part in an unauthorized assembly on June 4 could result in up to five years in jail, while advertising the event could lead to a 12-month sentence, the bureau warned. 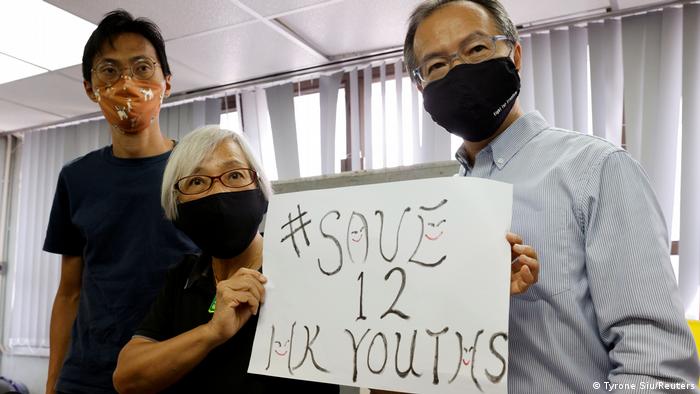 Wong, a regular feature at Hong Kong protests, has been detained by authorities before

In addition to the vigil, activists had asked to hold a small Tiananmen-centered march on Sunday to the Liaison Office, which represents Hong Kong's central government, but were denied permission.

Wong turned up on Sunday afternoon, despite the ban. She was holding a sign that read "32, June 4, Tiananmen's lament," referring to the 32nd anniversary of the crackdown. She was also carrying a yellow umbrella — a symbol of Hong Kong's democracy movement.

The Hong Kong-based South China Morning Post (SCMP) said the pensioner started chanting slogans in a park before heading towards the Liaison Office by herself. She was followed and filmed by police and stopped twice.

"I'm only by myself, just an old lady here. Why stop me?" the newspaper quoted Wong as telling officers, saying that she was arrested shortly after.

She could often be seen waving a Union Jack flag, a symbol of her dissatisfaction with Beijing's rule since the city was handed to China by former colonial power Britain in 1997.

In the middle of the 2019 protests, Wong disappeared for more than a year.

She later resurfaced, saying she had been detained by mainland authorities during a trip to Shenzhen, a neighboring city that is part of mainland China.

Wong's arrest on Sunday comes amid a continued crackdown on dissent in the semi-autonomous territory following the protests.

Prominent Hong Kong pro-democracy activist and media tycoon Jimmy Lai was sentenced to 14 additional months in prison on Friday for his role in the protests, along with other activists.

A day earlier, Hong Kong passed an electoral reform bill set to give Beijing more power over the Legislative Council, while reducing the public's ability to directly choose representatives.