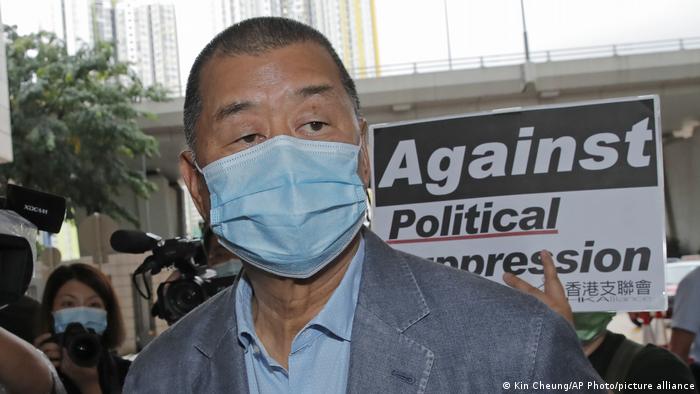 Hong Kong police raided the private offices of pro-democracy media tycoon Jimmy Lai on Thursday, according to Lai and his aide, Mark Simon.

More than a dozen officers carried out the raid and it was unclear what they were looking for, Simon said on Twitter, adding that the police did not leave behind identification or contact information.

The raid comes ahead of Lai's scheduled court appearance Thursday, where he will face charges of "joining an unauthorized assembly" leveled against him for taking part in a candlelight vigil marking the anniversary of the Tiananmen Square massacre on June 4.

"They just wanted to get something to go against me," Lai told reporters before entering the court. "That's not rule of law," Lai said. "They just took everything."

Several other pro-democracy activists including Joshua Wong, Lee Cheuk-yan and Leung Kwok-hung are also due to appear in court. 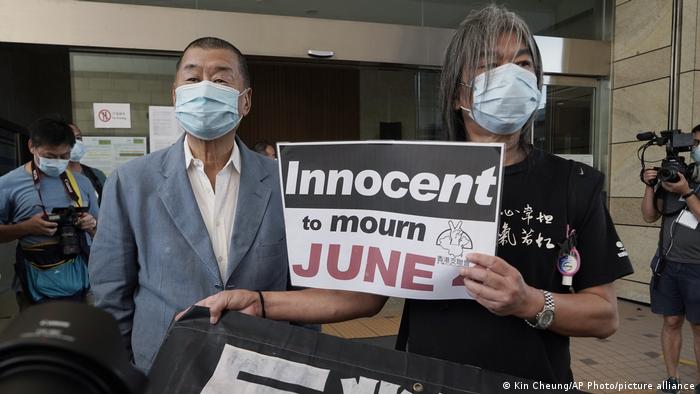 The law has drawn international condemnation as a tool for Beijing to curb free speech, freedom of assembly and rule of law in semi-autonomous Hong Kong.

Lai was arrested in August on "suspicion of colluding with foreign forces," and the headquarters of Next Digital were raided and its funding frozen. He was released on bail.

"I'm not worried and I'm not going away. I will stay in Hong Kong and fight until the last day. It doesn’t matter whether I'm one of the prime targets or not," Lai told DW on June 29.

Entrepreneur Jimmy Lai is the highest profile figure to be arrested under Hong Kong's new security law. After leaving detention, Lai was met by dozens of supporters holding copies of his tabloid Apple Daily.