At least 14 environmental activists were killed in Honduras last year. Police are now investigating two murders in one weekend. 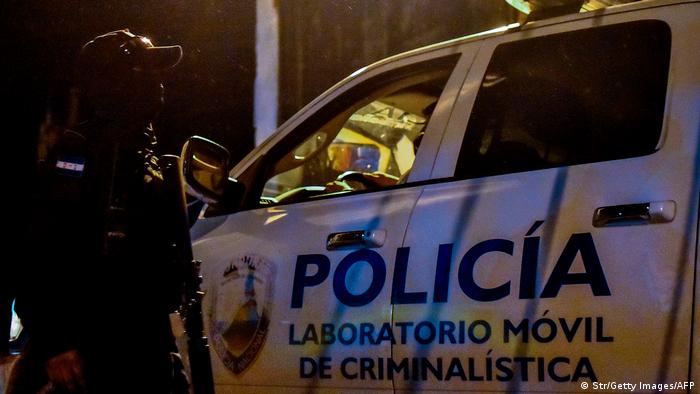 Honduras is one of the deadliest countries for environmental activists

On Saturday, masked men shot dead Felix Vasquez in front of his family at his home in Santiago de Puringla, in western Honduras. The 70-year-old environmental activist was a member of the Lenca Indigenous group who had campaigned against hydroelectric projects and land abuses.

And on Sunday, a group of men shot dead Jose Adan Medina after he returned from work in the town of Candelaria, according to Noe Rodriguez, the president of a local Indigenous federation.

Medina was a member of the Tolupan Indigenous community and a prominent figure in disputes with loggers and landowners in the mountainous areas of Francisco Morazan and Yoro.

He had reported having threats made against him. He was shot five times, local police told Reuters news agency.

The National Police said they were probing both murders, but told outlets they would not release more information to avoid interfering with investigations.

The Honduran prosecutor's office said its department on ethnic groups and cultural patrimony was investigating Vasquez's murder. It said searches had been made, but no one had been arrested.

"(Medina) was murdered for fighting in the defense of the land of the Candelaria tribe where landowners and loggers have occupied our lands. He was shot dead by at least four men when he came back from working his land, growing corn and beans," Rodriguez told Reuters.

Rafael Alegria, from farmers organization Via Campesina in Honduras, said Vasquez had been reporting threats since 2017, but that the government never acted.

"There is a union of terrible interests in western Honduras,'' Alegria said. "There is constant persecution of farmers and indigenous communities. They murdered Bertha Caceres in Intibuca and now Felix Vasquez, and others have been threatened."

Caceres was a Lenca environmental activist and winner of the Goldman Environmental Prize who was murdered in her home in March 2016.

Alice H. Shackelford, a United Nations resident coordinator in Honduras, called for justice in a post on Twitter.

"Another human rights defender murdered ... Justice and zero impunity! Quick investigation and identification of the culprits as soon as possible," she wrote.

Honduras is one of the deadliest countries for environmental activists. According to advocacy group Global Witness, 14 land and environmental defenders were killed there last year, compared to four in 2018.

Unearthing a lost culture in Honduras