Amid concerns of underreporting, the German government says 205 crimes relating to "sexual orientation" were reported in the first nine months of the year. But at least two German cities failed to report any crimes. 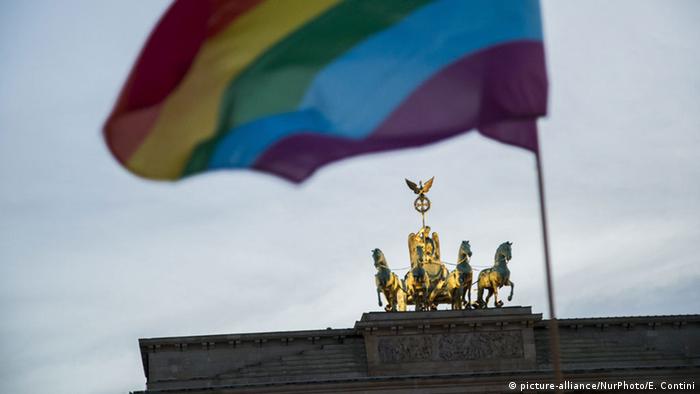 Revealing that crimes against homosexuals had risen by a fifth from January to September, Ole Schröder, a Christian Democrat junior minister for the interior, told German MPs on Wednesday that a total of 205 incidents had been reported.

A video of Günther Oettinger making jokes about Chinese diplomats and "compulsory gay marriage" has sparked controversy. Oettinger, who will take over the EU Commission's budget post, said he had not meant to offend. (29.10.2016)

A music video has gone viral on the Internet in support of gay footballers in the German league. No player has stepped out in German football, despite strong efforts from the DFB. (12.09.2014)

'Homophobia in the stands has got worse'

After Thomas Hitzlsperger’s coming out it seemed that the taboo nature of homosexuality in football was changing. But has that progress continued? A homosexual youth player talked to DW about his experience. (19.05.2014)

Those figures compared to 171 reported crimes against lesbian, gay, bisexual, transgender and intersex (LGBTI) people in the same period last year, he added.

Ole revealed that 99 suspects had been identified in 2016, slightly higher than the 86 people investigated last year.

But he conceded that the figure did not reveal the extent of the issue, adding that many LGBTI victims don't report homophobic crimes. Germany categorizes such offenses as "politically motivated crimes" under the sub-topic "sexual orientation."

Reporting the figures in its Thursday edition, the German daily "Süddeutsche Zeitung" said 113 homophobic crimes had been reported in the capital Berlin alone, in the first nine months of the year.

The cities of Hamburg and Cologne don't collect figures for crimes against homosexuals, it added, despite having vibrant gay scenes.

In response to the latest figures, Green party MP Volker Beck on Thursday called on the government to speed up the implementation of an action plan to highlight the issue and reduce the incidence.

He said the federal government, along with individual states, must now prioritize the reporting of homophobic incidents. 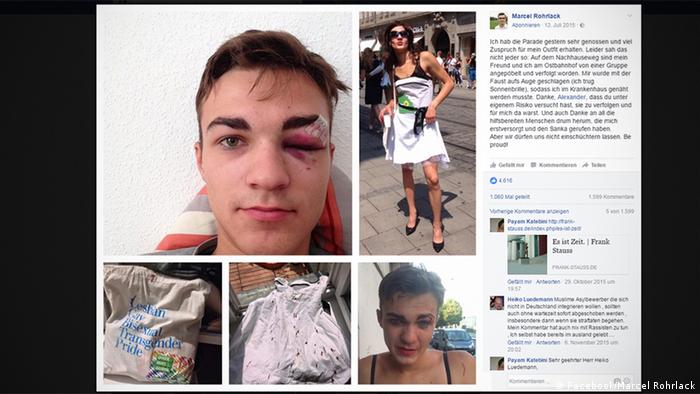 Also on Thursday, Marcel Rohrlack, spokesman for  the Greens' youth wing in Bavaria, complained that the state was effectively covering up crimes committed against LGBTI individuals.

He told the daily "Süddeutsche Zeitung" on Thursday that "Bavaria makes homosexual and transphobic-motivated crimes invisible."

The 20-year-old said despite that being raised numerous times, the regional assembly had rejected proposals to improve the reporting of so-called "gay bashing" incidents.

Rohrlack went public when he and a friend were attacked in summer 2015 on his way home from celebrating Munich Gay Pride, known as "Christopher Street Day."

The sociology researcher, who was wearing a woman's dress and high heels, was set upon by a group of men and left with a black eye.

He told the national paper based in Bavaria that there was a lack of diversity training among Germany's police forces, despite the presence of "VelsPol," an association for LGTBI officers. 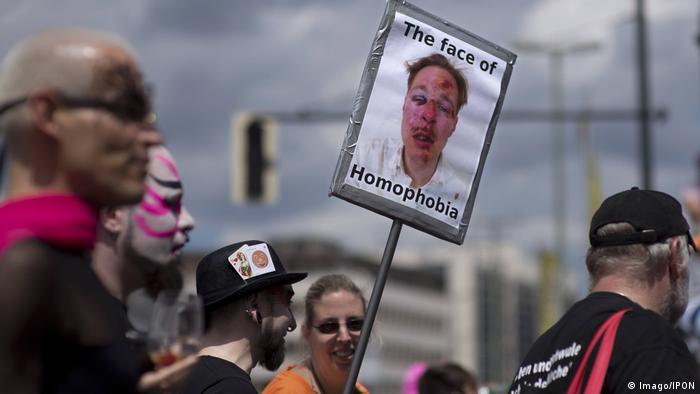 Rohrlack said that he had received widespread support after revealing what happened to him, but also complained that messages of hate had "outstripped the solidarity posts" on social media in the weeks that followed the attack.

In June, German Chancellor Angela Merkel said she was concerned about a rise in anti-gay sentiment in Germany.

Her comments following the Orlando gay nightclub shooting, in which 49 people were killed.